Jannik Sinner, beating Goffin, is on the rise again

The Italien stunned David Goffin in Rotterdam for his first 2020 signal of being showtime ready. 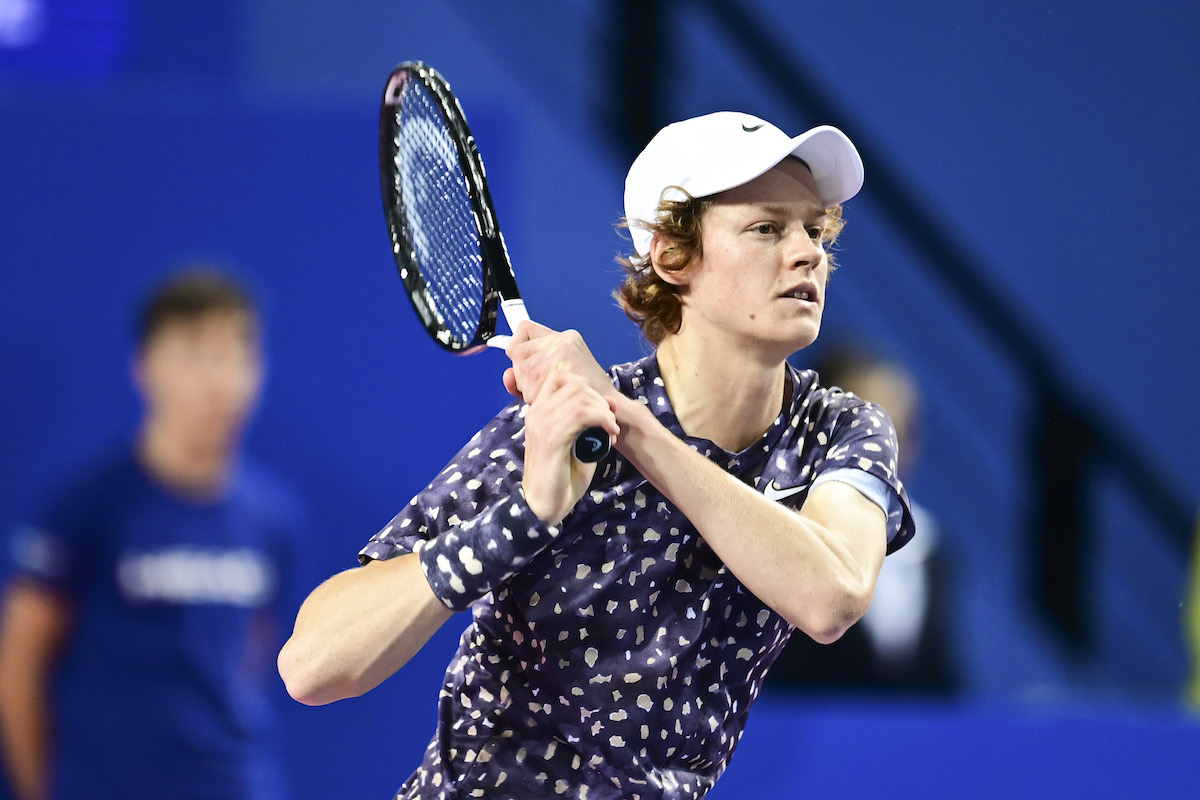 David Goffin, a semi-finalist in Montpellier last week, was hoping to find his way to a final in Rotterdam where he loved the condition of play. It was without counting on the power of the youth, as on Thursday Jannik Sinner, 18 years old, ousted him from the ATP 500 in straight sets (7-6(7), 7-5). Sinner, a semi-finalist in Anvers at the end of last year, before winning the NextGen Finals, struggled a bit to start the year under the big expectations placed on him but in Rotterdam, he has found his way back. With his first win against a Top 10 player, he’s reaching his first-ever ATP 500 quarter-final. And he hasn’t only beaten a Top 10 player, he has done so against an in-form Top 10 player as Goffin was on a strong showing since the start of the year.

He did it in style by playing a gutsy and nearly flawless match against the Belgian. The Riccardo Piatti protégé played as if he had been bossing those big courts all his young life. Indoor, his natural power, and speed of play really do wonders: he often put Goffin on the back foot, earned many free points on his serve and put a non-stop pressure. he also showed some big mental strength, as he fought to win the first set at his fifth set point after being up 6-3 in the tie-break. And again in the second set, he didn’t shake: he broke back from 0-2 and then struck back again the money time to get a decisive break at 5-5.

He served out the match without losing a point, and overall he played exactly how one had to against Goffin: not letting him finding his groove from the baseline, always rushing him. For this, you need power, speed and a true commitment to playing aggressively at the first chance you get. It’s because the Italian kept pushing that he started to earn some Goffin’s mistakes at crucial moments like that forehand out on a game point at 5-5 or that double fault on the decisive break point. Sinner showed everybody he was really ready to fight with the big guys, and he will now have a real chance in his next match against Pablo Carreno Busta who can’t be called an indoor specialist. It’s in how he will deal with today’s win that we’re also going to see if Sinner is now really ready to shine on a daily basis. Age is just a number, it’s the game and the mind that matter.