Jannik Sinner takes down David Goffin in round one of the French Open on Sunday afternoon. It was a better start to the tournament for seeds John Isner and Taylor Fritz. 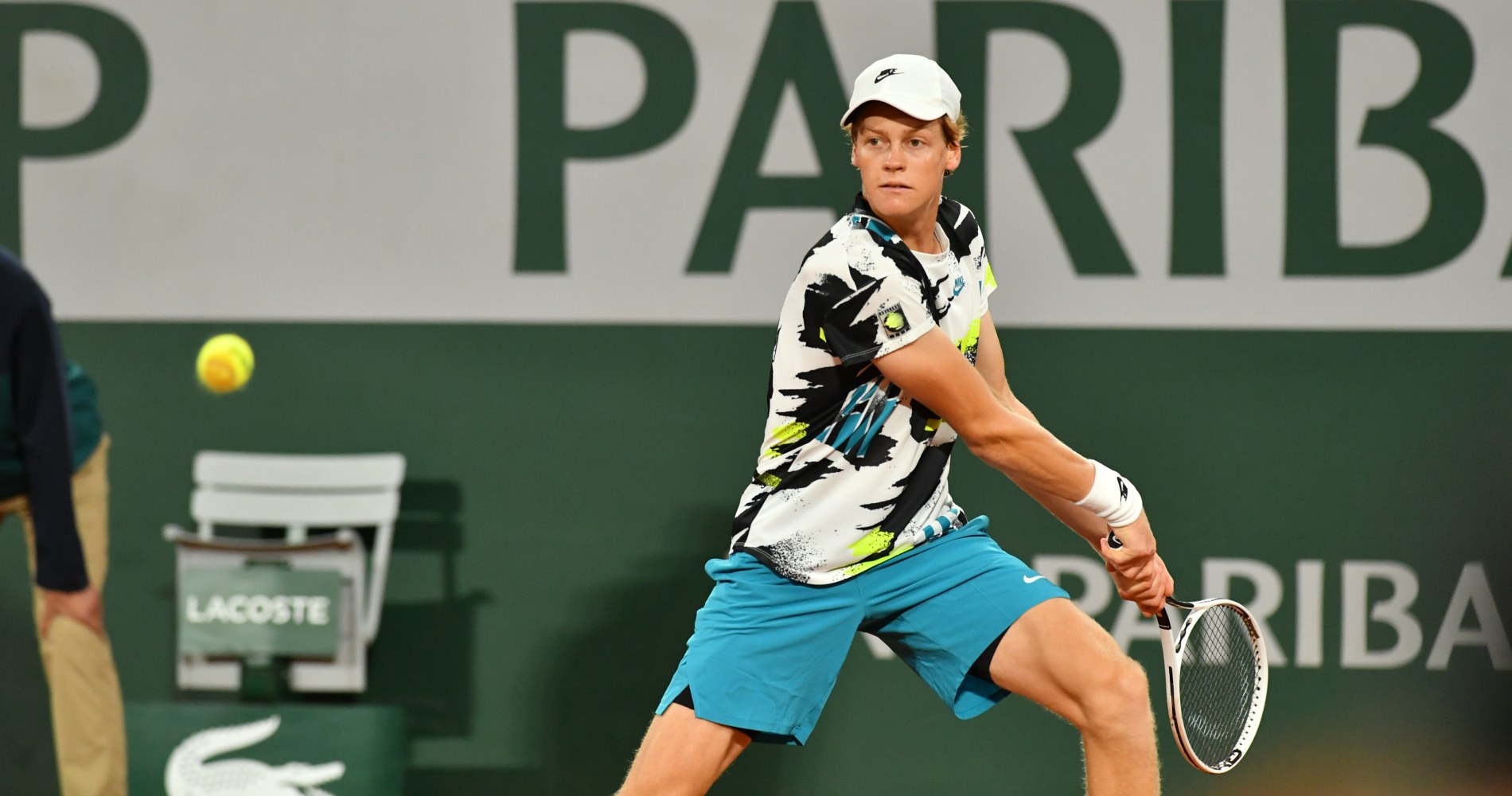 Click here for the men’s singles draw and live scores

The first two men’s seeds through to the second round at Roland-Garros hail from the United States. No 21 John Isner had no trouble in relatively cold and damp conditions, as he took care of French wild card Elliott Benchetrit 6-4, 6-1, 6-3 in a mere one hour and 41 minutes.

Benchetrit certainly was not happy after failing to convert a break point midway through the third set.

No 25 Benoit Paire joined Isner and Fritz in round two later in the afternoon. Although the Frenchman is seeded, so win for him is expected these days given the tumultuous summer that he has endured. Nonetheless, Paire raised his level from out of nowhere to defeat Soonwoo Kwon 7-5, 6-4, 6-4.

No 11 seed David Goffin is out after just one match, which is a surprise but perhaps not a huge shock given his draw. The Belgian had to go up against rising star Jannik Sinner, a 19-year-old Italian already ranked 74th in the world. It was Sinner who handled the conditions better from start to finish, upsetting Goffin 7-5, 6-0, 6-3 in one hour and 59 minutes.

No 25 seed Alex de Minaur had a tough clay-court matchup on his hands with former French Open semi-finalist Marco Cecchinato — and it proved to be too tough. Cecchinato came away with a 7-6(9), 6-4, 6-0 win.

Qualifier Benjamin Bonzi kept up his fine form at Roland-Garros by winning a main-draw match at the expense of Emil Ruusuvuori 6-2, 6-4, 4-6, 6-4.

The comeback of Kei Nishikori from an elbow injury picked up some much-needed momentum with a 1-6, 6-1, 7-6(3), 1-6, 6-4 victory over No 32 Dan Evans. As the score suggests, it was a roller-coaster ride from start to finish and lasted a total of three hours and 49 minutes. Nishikori advances to meet Stefano Travaglia and could run into Rafael Nadal in the third round.

Qualifier Jurij Rodionov earned the first ATP-level, main-draw victory of his career and did it the hard way. The 21-year-old Austrian battled to a 3-6, 4-6, 7-6(6), 6-4, 10-8 victory over veteran Frenchman Jeremy Chardy after four hours and 36 minutes. Chardy served for the match in the third set and had a match point at 6-5 in the third-set tiebreaker. Rodionov failed to serve out the match twice in the fifth set before finally converting at 9-8, clinching his seventh match point.