Tennis Majors > ATP > The ultimate challengers: which ATP legends also made history on the challenger circuit?

The ultimate challengers: which ATP legends also made history on the challenger circuit? 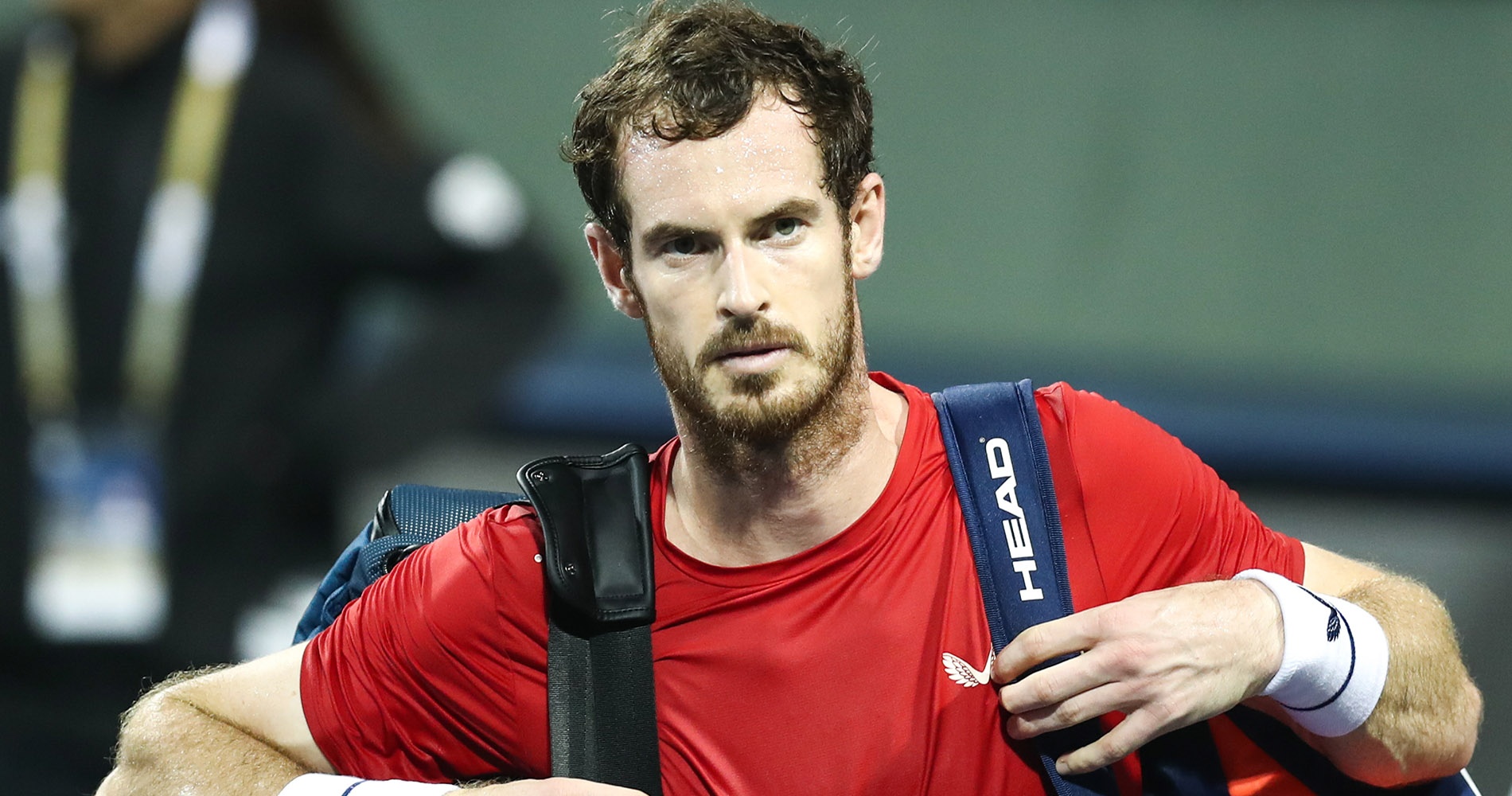 In the week when Tennis Majors learned that Andy Murray is very likely to participate in the Biella Challenger in Italy in mid-February, his decision got us thinking. It’s rare to see a former world No 1 drop down to pick up some matches in the equivalent of tennis’ minor leagues, but when it does happen it provides an opportunity for die-hard tennis fans to see tennis celebrities ply their trade in an intimate setting.

Here are some of the most earth-shattering challenger appearances on record, starting with a trip all the way back to 1974.

The Story: Connors won a match over world No 169 Ian Crookenden in the quarter-finals after a bye, but then gave a walkover to Vijay Armitraj, then world No 29. Just three months later Connors would rise to No 1 in the ATP rankings for the first time. Connors won 109 titles and spent a total of 268 weeks at No 1, but he never returned to the challenger circuit.

The Story: Who knew that less than a month after claiming the Curitiba challenger title in Brazil, Gustavo Kuerten was going to win Roland-Garros? But that was exactly how it happened. Guga isn’t the only player to win a challenger title and a Slam in the same season, but nobody had ever done it back-to-back like that before, nor would it ever happen again. Guga wouldn’t return to the challenger circuit for another nine years, after he had won three Slam titles and held the No 1 ranking for 43 weeks.

The Story: Agassi, who had last previously held the No 1 ranking on February 5 of 1996, was all the way down at 141 in the world when he entered the challenger in his hometown at Las Vegas in 1997. He reeled off four wins but fell in the final to world No 202 Christian Vinck of Germany. A few weeks later he went all the way to the title in Burbank, picking up 68 ranking points when he defeated Sargis Sargslan in the final.

The Story: Bruguera was actually a fixture on the challenger circuit from 1998 to 2002 – he played 15 challengers during that span. But in 2000 he made his biggest mark when he claimed the Segovia title with a ranking of 120 while coming back from shoulder surgery.

The story: Michael Chang had won a challenger title as a 15-year-old in 1987. By 2002, in the twilight of his career, he returned to say farewell to American fans and took a title in Calabasas, much to their delight. Chang claimed 34 titles on the ATP Tour over the course of his career, and topped out at No 2 in the world. 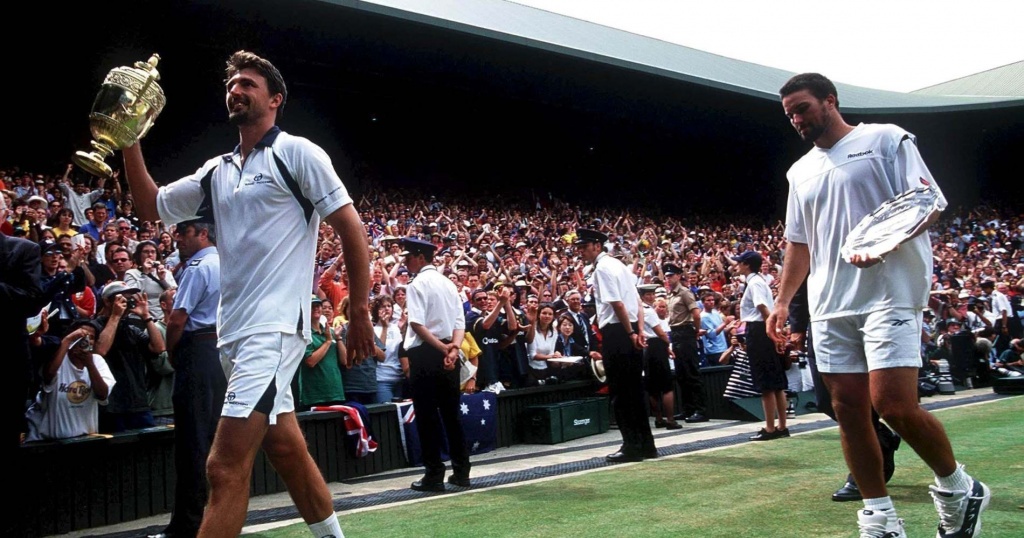 The story: 2001 was the year that Goran Ivanisevic claimed the long awaited Wimbledon title. But many may not realise that a run to the challenger final in Heilbronn, Germany in January of that same year was one of the events that helped get the Croat back into the winning mindset. He was ranked at 132 in the world at the time, and fell to Frenchman Michael Llodra in the final. Six months later he shocked Wimbledon on that incredible third Monday, winning one of the most memorable Grand Slam finals of the last 50 years.

The story: Another decorated Croatian, Ivan Ljubicic, also made history on the challenger circuit. He was No 14 in the world at the time and became the highest-ranked player to win a Challenger in the same year that he reached two ATP Masters 1000 finals and qualified for the ATP Finals.

The story: At No 12 in the world, former Australian Open finalist Fernando Gonzalez – aka Gonzo – became the 2nd highest-ranked player to play a challenger when he participated in the Sunrise Challenger in Florida, just a week after falling in the first round at Indian Wells. Gonzalez fell in the quarter-finals to Chris Guccione of Australia.

The story: How many people remember that Robin Soderling was toiling on the challenger circuit just a few months before he pulled one of the most shocking upsets in tennis history at Roland Garros in 2009? It’s true. Ranked 26 at the time, Soderling played Sunrise after losing in the opening round at Indian Wells in 2009. He actually qualified for the main draw, and finished by defeating Tomas Berdych in a very world-class challenger final.

Just over two months later Soderling shocked Rafael Nadal at Roland Garros in four sets in the round of 16.

The story: Former world No 1 Thomas Muster made his mark on the challenger tour in 1990 when he was recovering from a leg injury. Muster won a pair of challenger titles in Cairo and Agadir and would earn comeback player of the year honors in 1990.

Twenty years later, Muster played at the Braunschweig challenger, 11 years after his last ATP match. He would play a total of 21 challengers and a few ATP events before going back into retirement in 2011.

The story: After dropping outside of the top 100 due to a knee injury, Gael Monfils elected to pay a visit to the prestigious Bordeaux – not for wine tasting. Monfils was there for the Bordeaux challenger in 2013, and he ended up winning the title as an unseeded wild card after notching wins over David Goffin and Michael Llodra.

The story: Nishikori returned from wrist injury to clinch the title at the Dallas Challenger in 2018. Later in that same year the Japanese star would qualify for the Nitto ATP Finals and he is one of three players since 1999 to have reached the ATP’s season-ending championships after winning an ATP challenger title in the same season. The other two players are Robin Soderling and Ivan Ljubicic.

The story: Career-threatening hip surgery left Andy Murray on the sidelines for a stretch in 2019, but he showed up at the Rafael Nadal Academy in Mallorca to make his first challenger appearance in 14 years later that season.

Murray is one of just five former world No 1 players to have returned to the challenger tour after reaching the pinnacle of the ATP rankings (also Kuerten, Agassi, Muster and Marcelo Rios). At Mallorca, the Scot, then ranked 328, reached the round of 16 before falling to world No 240 Matteo Viola in three sets.

The story: Searching for matches during the pandemic in 2020, Stan Wawrinka elected to go back to his roots and play back-to-back challengers in Prague, which marked his first appearance on the challenger circuit since 2010. The Stanimal reached the final at the first event, after winning four three-setters. In the second, Wawrinka won two rounds before handing a walkover to Aslan Karatsev in the quarter-finals. 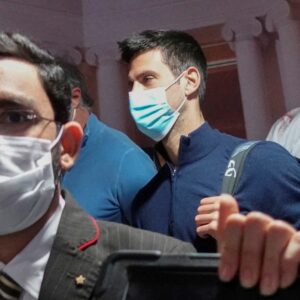