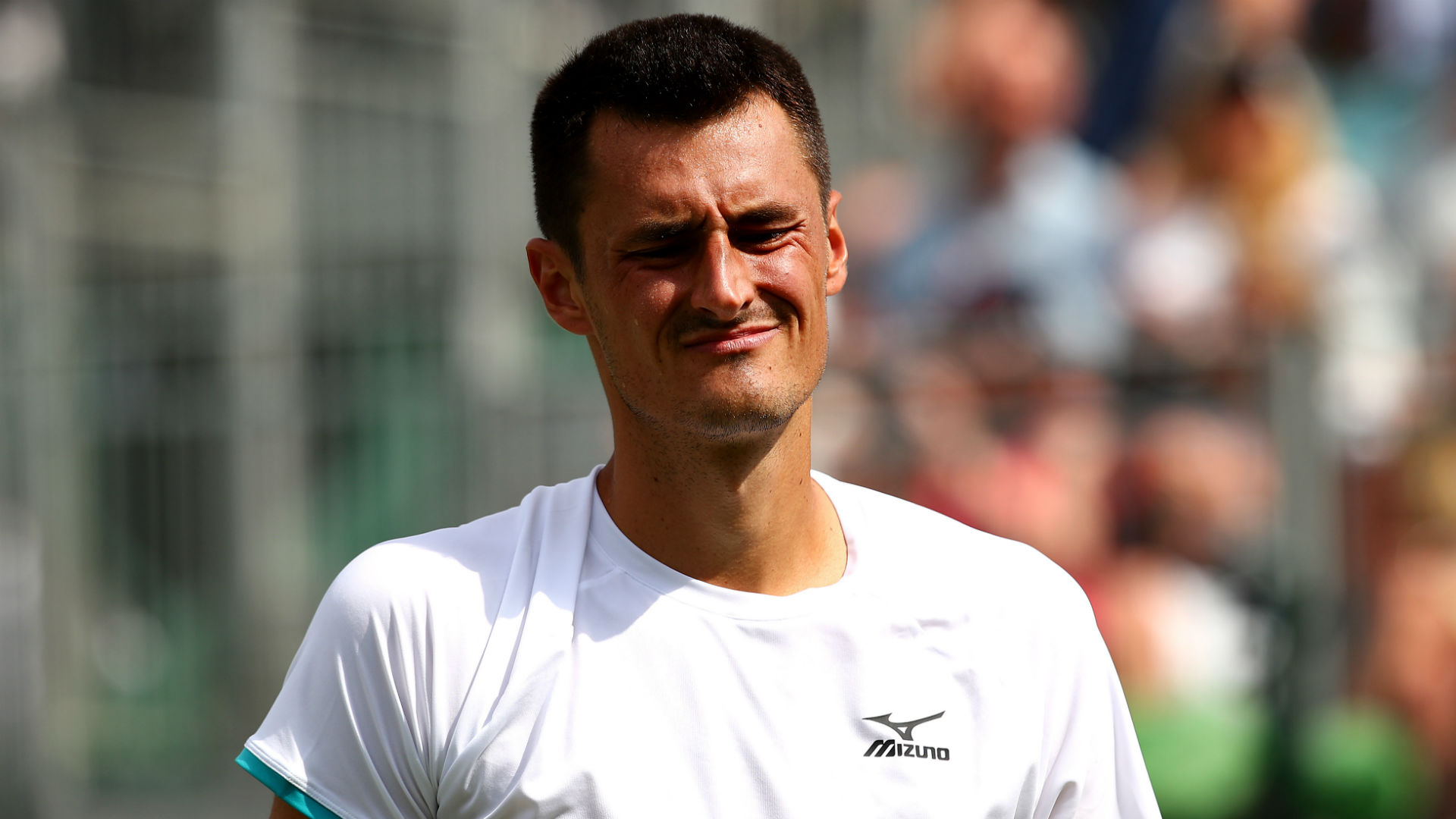 Bernard Tomic admitted he was “terrible” in a humiliating first-round defeat to Jo-Wilfried Tsonga but said it was not down to a lack of effort.

Two-time Wimbledon semi-finalist Tsonga thrashed the Australian 6-2 6-1 6-4 in just 58 minutes – the shortest men’s singles match at the All England Club for 15 years.

Tomic hit just eight winners and Tsonga fired down 21 aces in a non-contest on Court 12 on Tuesday.

Tomic refused to answer when asked if he expects to be hit in the pocket again for ‘tanking’ in a defeat to Frenchman Tsonga which will earn him £45,000 in prize money.

“I think I played as best as I could. It’s just I played terrible.”

Through in 58 minutes @tsonga7 wins the shortest gentlemen’s singles match at The Championships since 2004, beating Bernard Tomic 6-2, 6-1, 6-4 #Wimbledon pic.twitter.com/MQCnuKvPlI