Stefanos Tsitsipas saved a match point to edge Andrey Rublev in a thriller at the ATP Finals. The victory sends Dominic Thiem through to the semi-finals and sets a blockbuster clash on Thursday in London between Tsitsipas and Nadal. 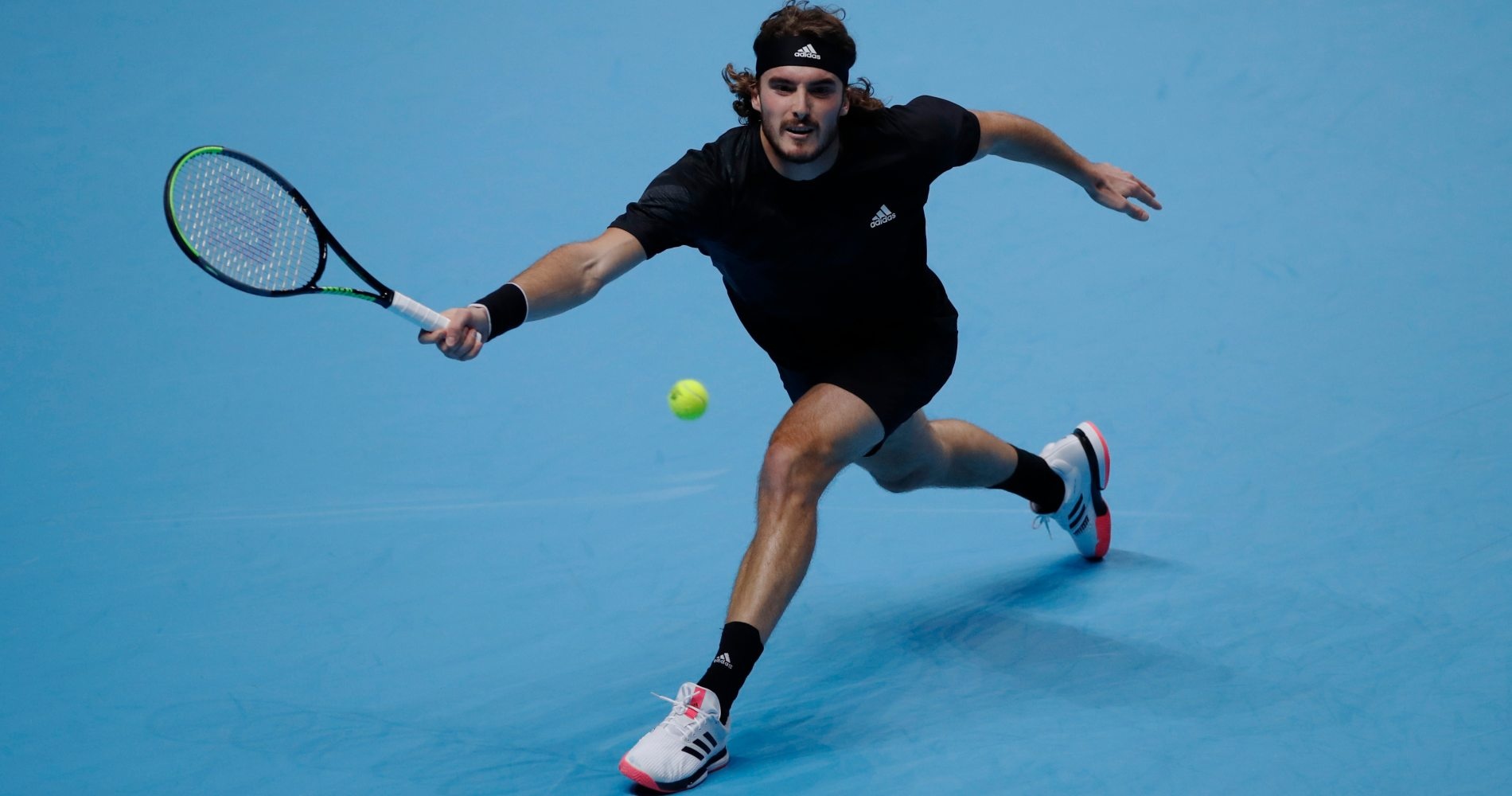 Stefanos Tsitsipas avoided becoming the first defending ATP Finals champion to drop his first two matches since David Nalbandian in 2006 by battling past Andrey Rublev 6-1, 4-6, 7-6(6) on Tuesday night at the 02 Arena.

It was a streamlined performance from Tsitsipas in the early going, and he scratched and clawed to stay with an on-fire Rublev down the stretch, eventually saving a match point on a Rublev double-fault before claiming the hard-earned victory.

Thiem is into the semis

Tsitsipas’ victory means that Dominic Thiem is the first singles player to qualify for the semi-finals in London. Thiem, who defeated Rafael Nadal 7-6(7), 7-6(4) on Tuesday to improve to 7-2 against the top 10 in 2020, reaches the semi-finals for the second consecutive year, while Tsitsipas sets a showdown with Nadal for the other semi-final spot in the London 2020 group.

Here are the updated standings:

Rublev made just 40 percent of his first serves in his first three service games and was down 5-1 and a double-break in just 18 minutes. Like Nadal did on Sunday, Tsitsipas gladly accepted the Russian’s charity and ripped through the opening set in 20 blink-and-you-missed-them minutes. The Greek served four aces, made 74 percent of his first-serves and dropped just three points on serve to lock up the set.

But credit Rublev, who did finally manage to locate his game at the start of the second set. Serving first, Rublev cruised through his first three service games while only dropping two points. But he ran into trouble when he sprayed two errant backhands at 3-3 to give Tsitsipas a pair of break points. 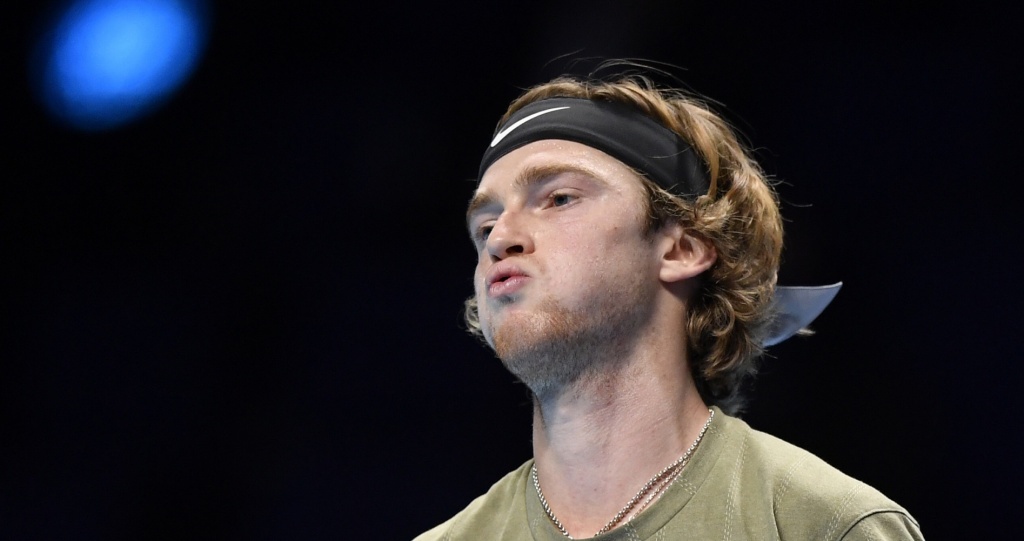 Facing the two critical break points at 3-3 in set two, Rublev steeled his nerve and made his next four first serves to reel off the final four points of the game to hold for 4-3. It was a massive moment for Rublev’s confidence. The 23-year-old kept serving hot throughout the set, and in the end the scoreboard pressure he applied paid off as Tsitsipas was broken at love in a regrettable final game of the second set.

Rublev won 17 of 18 first-serve points in the set and cracked ten winners, including seven from the forehand side.

Rublev’s good fortunes continued in the third set as he saved a break point at 1-1, 30-40 with a big first serve. Remarkably, Rublev saved four more in the game, each time making the first serve to further frustrate Tsitsipas. The Greek had to be second-guessing his return game at that point, as Rublev’s faith in his ability to win the match continued to grow.

"What a rollercoaster that was Stefanos. It felt like a puzzle you had to solve. How did you solve it?"@StefTsitsipas: 🤷🏻‍♂️😅#NittoATPFinals pic.twitter.com/LVOIbSGc2J

A tiebreak decides it, and one final turning point

The third-set tiebreaker was a fitting way to decide this roller coaster of a contest. And it was dramatic as well. Rublev missed a regulation forehand at 2-all and the tiny bit of breathing room seemed to lift Tsitsipas’ spirits. He won his next two points on serve, angling a backhand volley into the open court to lead 5-2.

Rublev found two more big serves, including his sixth ace of the match to narrow the lead to 5-4, and on the next point Tsitsipas netted a nervous forehand to bring it to 5-all.

Rublev claimed a 25-stroke rally on the next point to earn his first match point at 6-5, but he could not see himself over the finish line. Suddenly the nerves became too much as the Russian dumped a double-fault into the net. Sensing his opportunity Tsitsipas ripped a forehand to force a Rublev error, and he converted his only match point shortly thereafter to lock up victory in one hour and 56 minutes.