Stefanos Tsitsipas will play Britain’s Dan Evans in the semi-final of the Dubai Duty Free tennis championships after defeating Jan-Lennard Struff 6-4, 4-6, 6-4 in a high-quality encounter. 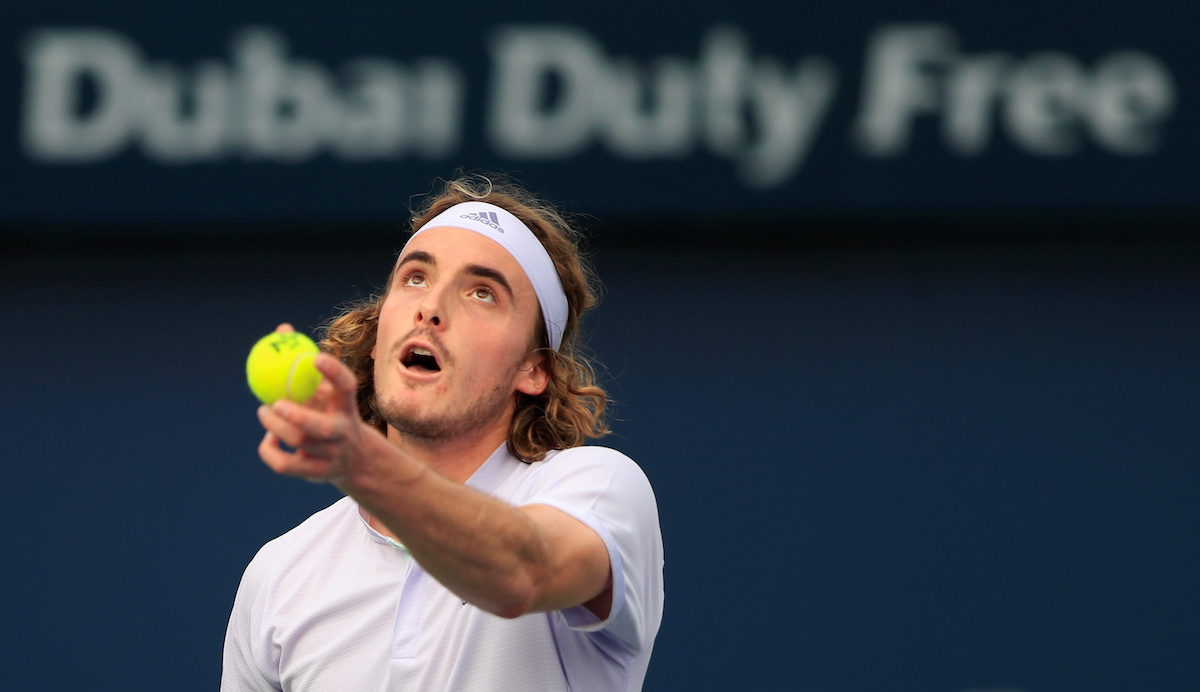 Fresh from his tournament victory in Marseille, Tsitsipas had to fight tooth and nail for victory after losing to Struff last time out in Cincinatti.

“My god. I had to give it my all out there and I knew it wasn’t going to be easy. I payed him before a coupe of times and I’m just so proud of myself today,” said Tsitsipas after the win. “I fought, I suffered on the court and that’s something I’m really happy and proud that I managed to just keep that mind set point by point and managed to get that break at the end so it was a relief to come close and take the opportunities when I had them.”

Struff won the pair’s last meeting in three sets in Cincinnati last year and again started confidently, heavy hitting setting up a first break point at 3-2. The German had dismantled Nikoloz Basilashvili 6-1, 6-0 but the second seed wasn’t going to be as easy a proposition and staved off the early threat to draw level.

Never one to be shy of showing his emotions, Tsitsipas let out a first cry of anguish having seen a forehand called long that landed plumb on the line. With Struff scrambling at the back of the court, it would have set up a break chance but instead, a replayed point allowed the German to hold.

Struff had described their Cincinnati meeting as a great match, and again it would be an encounter of fine margins, more huge groundstrokes setting up three set points for the German at just the right time, breaking the second seed’s serve with a superb, lunging volley.

Tsitsipas needed a response after dropping the opening set and it’s exactly what he got, breaking his opponent in the first game of the second before saving a host of break back points on his own serve. It proved sufficient to get the job done, and once more, the pair would be going the distance.

The Nitto ATP Tour Champion looked to take that initiative into the third, forging a further five break chances on his opponent’s serve. And crucially, after relentlessly knocking on the door and with Struff’s first serve percentage plummeting, Tsitsipas grabbed the crucial break for 5-4 before serving out for a place in the semi-final.

“Today, I felt a little bit tired, I won’t lie but I knew this match was important for me, so I tried to hide that as much as possible,” added Tsitsipas. “I’m going to try and get a good rehabilitation before my match tomorrow, a massage and some treatment which is important for my body to come back strong and play at the same tempo and maybe even raise my tennis and play better.

“He (Dan) has a terrific one hand backhand, he slices a lot and has been playing pretty well, the last couple of months he has progressed, so for sure it’s going to be a difficult match. He has been doing well, beating good opponents so I’m going to have to be very, very concentrated on what he presents.”