Tsitsipas ready for Nadal rematch, Barty to face Muchova – The programme of day 9

The ninth day of the 2021 Australian Open will undoubtedly be headlined by the two quarter-final clashes of the men’s draw: Andrey Rublev against Daniil Medvedev and Rafael Nadal against Stefanos Tsitsipas. 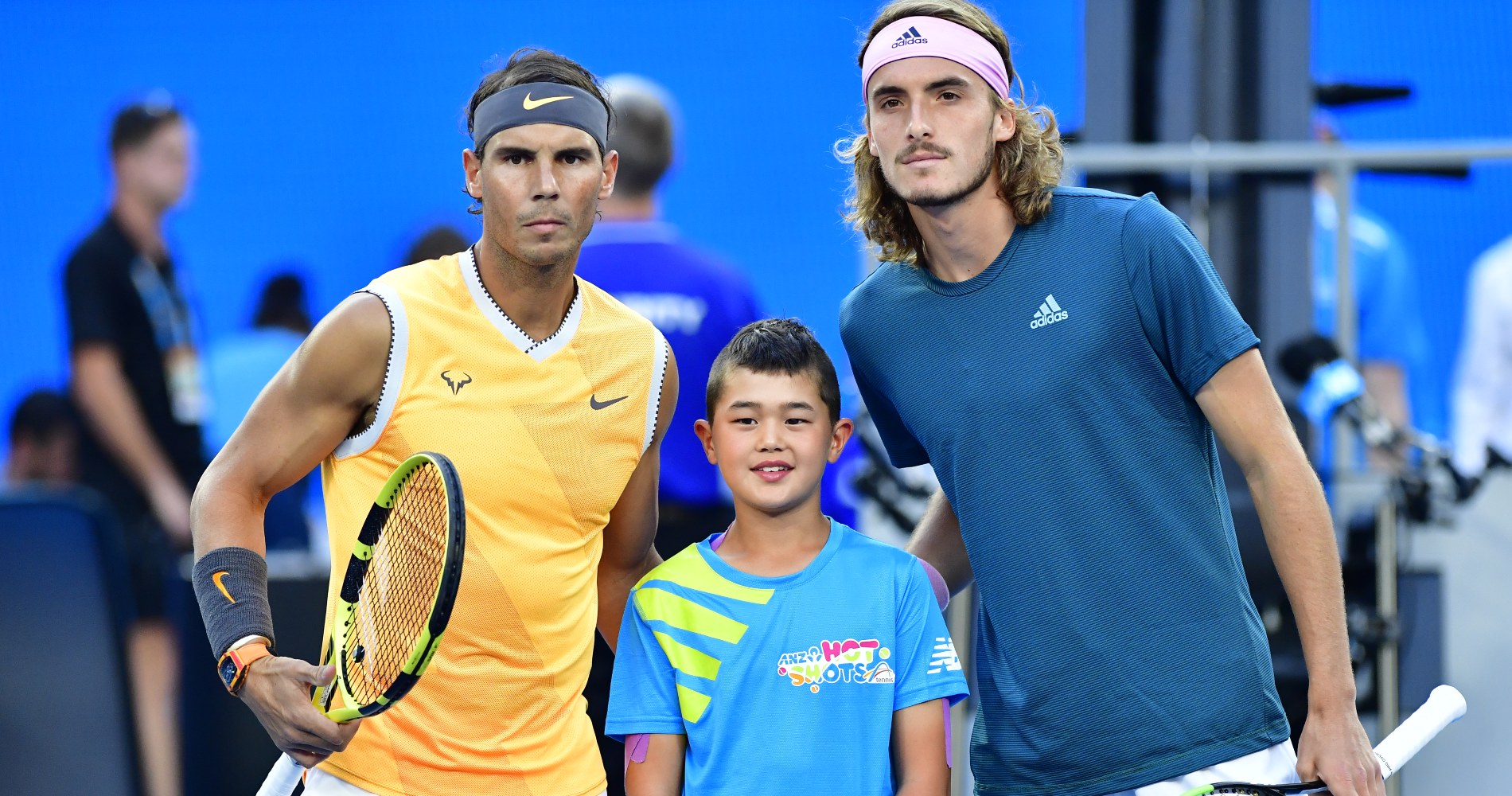 At the end of Wednesday’s play, we will know all the semi-finalists for the 2021 Australian Open. The two men’s clashes of the day will close the programme in Melbourne. The favourite of the women’s quarter of the table, Ashleigh Barty will try to continue her run against Karolina Muchova.

Then, there features an unlikely American duel: Jennifer Brady versus Jessica Pegula. Starting at 5 a.m., an intriguing all-Russian clash will pit Andrey Rublev against Daniil Medvedev. And from 9:30 a.m., the glamour match of the day sees Rafael Nadal against Stefanos Tsitsipas. 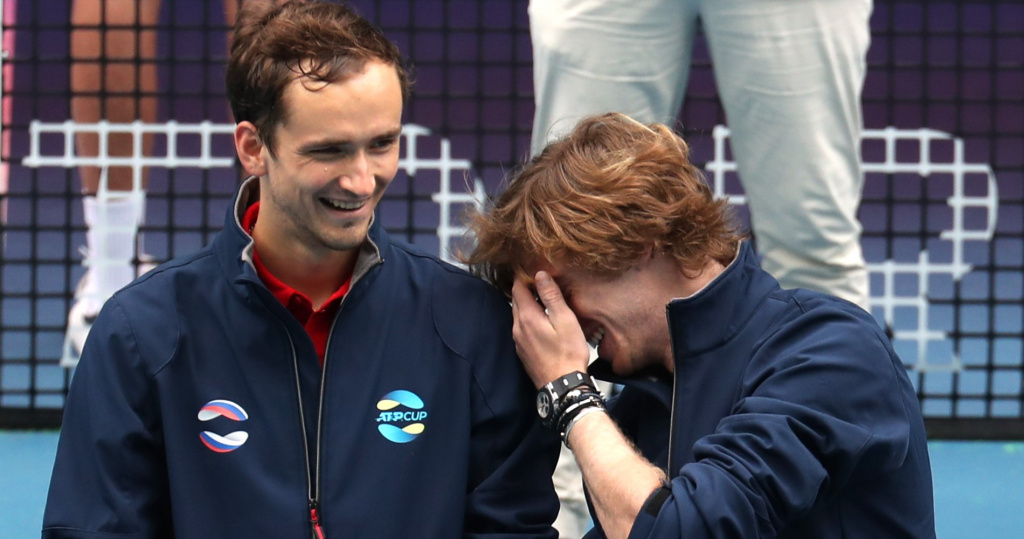 Who will join Naomi Osaka and Serena Williams as the remaining semi-finalists of the Australian Open? Ashleigh Barty hopes to be a part of it. The world number one, who has not lost a set since the start of the fortnight, will have to be wary of Karolina Muchova (No. 25), who saw off Karolina Pliskova and then Elise Mertens. The Czech, who has qualities similar to the Australian including her big backhand, stands in the way of what would be a popular final in Melbourne.

The winner of that clash will face off against an American in either Jennifer Brady or Jessica Pegula. Brady, seeded number 22, will start as favourite. Already a semi-finalist at the 2020 US Open, she held her own against Bolsova Zadoinov, Brengle, Juvan and Vekic, all beaten in two sets. Pegula, 61st in the world, has enjoyed the best tournament of her career to date. In getting to the quarters, she has disposed of Victoria Azarenka, Samantha Stosur and Kristina Mladenovic, before claiming her first top 5 scalp in Elina Svitolina. Pegula’s goal is to reach his first Grand Slam semi-final. 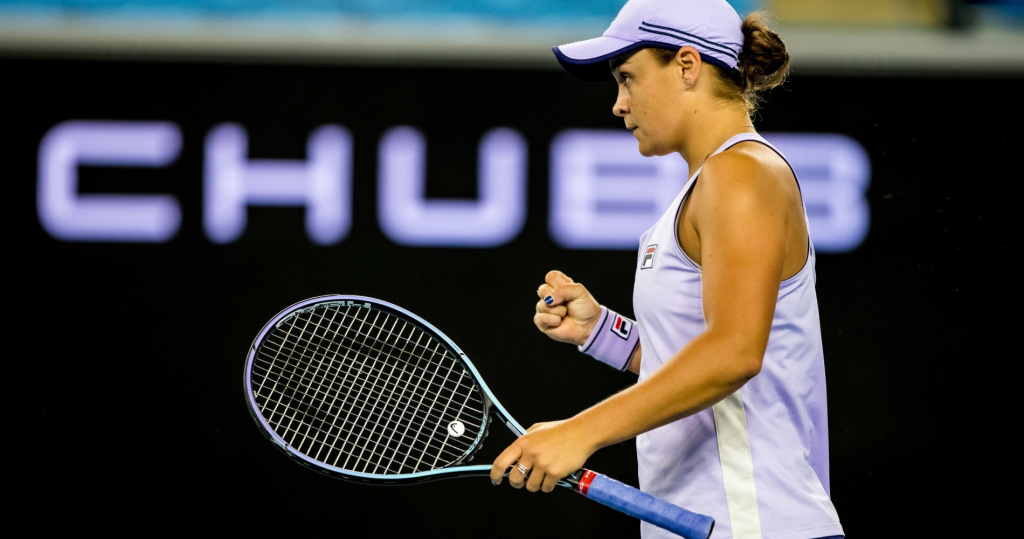 The opening clash of the day is a mouth watering encounter indeed, pitting Andrey Rublev against Daniil Medvedev. The two Russians, great architects of Russia’s success in the ATP Cup, are unbeaten this season and Rublev has not conceded a single set since the start of the fortnight, whilst Medvedev has lost two to Krajinovic. The slight advantage, however, goes to Medvedev who has never lost a set against Rublev in five meetings. The pair already faced one another at this stage at the 2020 US Open: Medvedev winning 7-6, 6-3, 7-6.

The two Russians will no doubt have warmed up the Margaret Court Arena nicely to make way for Stefanos Tsitsipas and Rafael Nadal, two gladiators who will attempt to return to the semi-finals of the Australian Open. The Greek has enjoyed a good fortnight, marked by his five-set fight against Thanasi Kokkinakis in the second round.

Following a quarter-final walkover as a result of Matteo Berrettini’s abdominal injury, the world No.6 will face his first big test against Rafael Nadal, world number two and winner of 20 Grand Slams. Handicapped by back problems since the start of the season, the Spaniard seems to be getting his game into shape and has yet to concede a single round. Nadal’s scathing 6-2, 6-4, 6-0 on Tsitsipas in the semi-finals of the 2019 Australian Open had left a deep impression on the Greek, who probably didn’t want to relive such a moment.