There is just one spot in the ATP Finals still up for grabs in Paris this week after Alexander Zverev qualified on Wednesday. 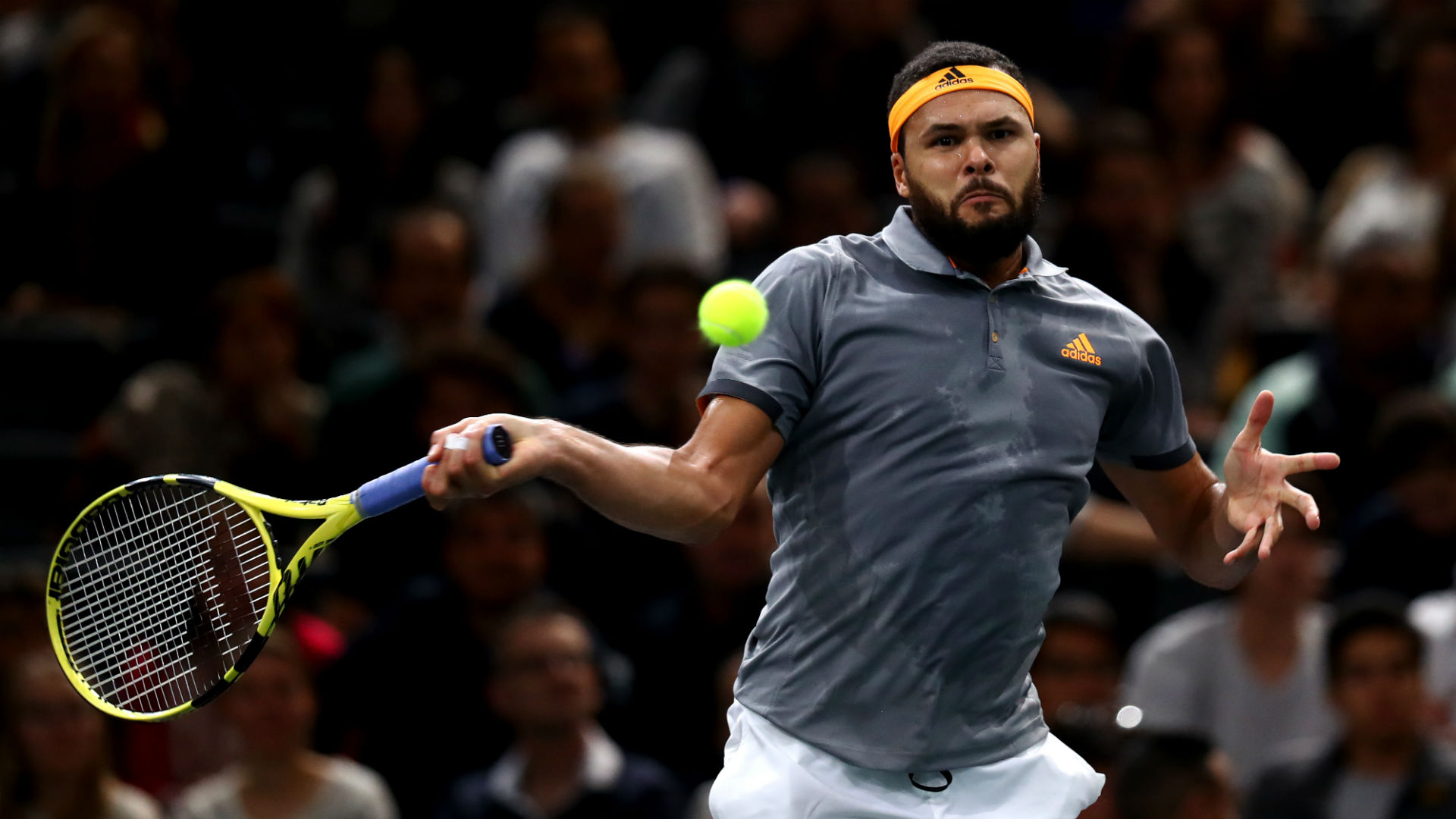 Alexander Zverev qualified for the ATP Finals when Jo-Wilfried Tsonga beat Matteo Berrettini, while Rafael Nadal and Novak Djokovic reached the third round of the Paris Masters on Wednesday.

Zverev will return to London to defend his title next month and Berrettini is in danger of missing out after he was beaten 6-4 6-3 by home favourite Tsonga.

Tsonga’s compatriot Gael Monfils remained in contention for the eighth and final place in the season-ending showpiece by winning an all-French encounter with Benoit Paire 6-4 7-6 (7-4).

Roberto Bautista Agut, David Goffin, Fabio Fognini and Diego Schwartzman can no longer qualify for the tournament at the O2 Arena after they bowed out in the French capital on day three.

Djokovic and Nadal, vying to end the year at the top of the rankings, beat Corentin Moutet and Adrian Mannarino respectively in straight sets.

How good was the Frenchman?!

Next up, Germany’s Jan-Lennard Struff in R3. pic.twitter.com/ps9roi6299

Italian Berrettini’s fate is out of his hands following his exit, with Monfils, Wawrinka and De Minaur able to overtake him by winning the title this weekend.

Monfils will meet Radu Albot in the third round, while Wawrinka faces a huge battle with Nadal following a straight-sets win over Marin Cilic and De Minaur dumped out Bautista Agut, setting up a showdown with Stefanos Tsitsipas.

Second seed Nadal did not face a break point in his first main-draw match since winning the US Open.

The 19-time time major champion, who will end the season as world number one if he wins the tournament for the first time, was pleased with his return to action 10 days after marrying long-time girlfriend Maria Francisca Perello

“[I’m very happy with the way that I served.” said the Spaniard, who beat Mannarino 7-5 6-4. “I didn’t face a break point during the whole match, and against a player who returns well. So that means a lot. Feelings are good. To be back in this court is always special.”

Djokovic knows he slipped below his usual high standards in a 7-6 (7-2) 6-4 victory over lucky loser Moutet but was simply happy to progress given he has not been feeling at his best.

“I didn’t feel health-wise 100 per cent in the last couple of days, but it is what it is. It’s not the first time I didn’t play at a really high level. Lots of errors, especially in the first set,” said the Serb, who saved two set points in the opening set and will face Kyle Edmund in the third round.

“First time against a young player who is talented, very quick. Returns a lot of balls back that usually other guys wouldn’t get, he gets it. And he was pumped, and I respect his fighting spirit. It was a good match in the end, and I found a way to win, which in [these] circumstances… when you’re not feeling your best, is important.”