Rafael Nadal could not keep his emotions in after a US Open final with Daniil Medvedev that proved to be one for the ages. 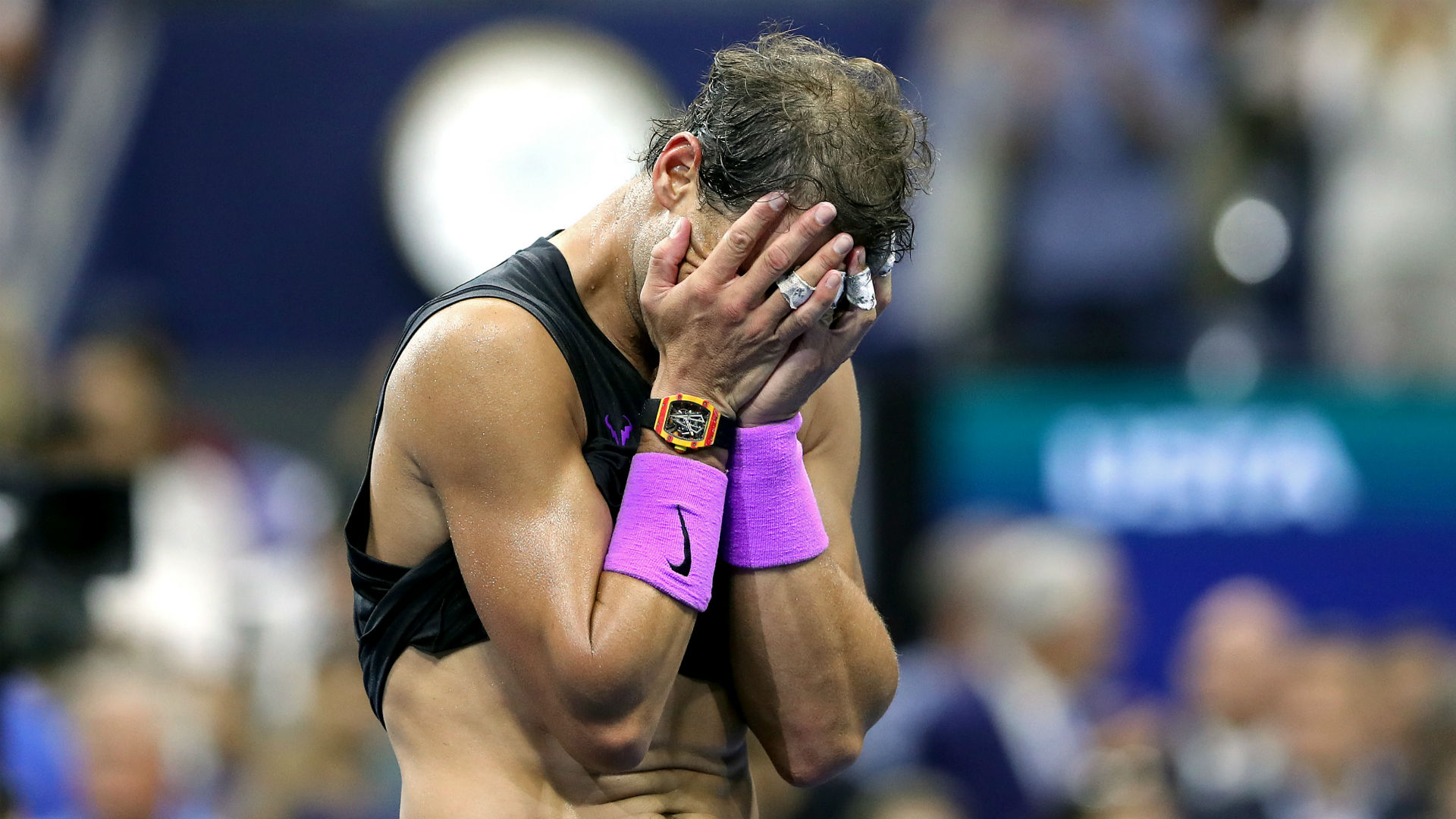 Usually unflappable on and off the court, Rafael Nadal sat in his chair in tears at the end of his marathon US Open final with Daniil Medvedev, and credited the Russian’s stunning comeback for making it impossible to hold back his emotions.

He prevailed 7-5 6-3 5-7 4-6 6-4 after a breathless epic that seemed unlikely to play out when Nadal broke for a 3-2 lead in the third against a seemingly tiring Medvedev.

However, Medvedev somehow found energy that had appeared to be escaping him and struck straight back, giving him the momentum to deliver one of the best losing performances in a major final in recent history.

Medvedev, who will move up to fourth in the world rankings, then snatched the fourth with an incredible return winner, setting up a frantic decider in which he came close to erasing a 5-2 deficit.

The 23-year-old had a break point before Nadal successfully served out the match at the second attempt as Medvedev went long with a forehand.

Nadal fell to the floor as the ball flew beyond the baseline, and was then visibly emotional when a montage of all his major titles was played on the big screens at Arthur Ashe Stadium.

Speaking in his post-match media conference, Nadal said: “At the end with the video, the crowd that have always been amazing, all these facts that make the moment super special. Unforgettable moment.

“At the same time Daniil created this moment, too. The way that he fought, the way that he played, it’s a champion way. I really believe that he will have many more chances.

“Daniil created this moment too.”

Total respect from @RafaelNadal towards @DaniilMedwed after a truly special championship…

“All these special matches, these kind of matches in the final of grand slam makes the match more special. The way that the match became very dramatic at the end, that makes this day unforgettable, part of my history of this sport.

“This trophy means everything to me today. [The] personal satisfaction with the way that I resisted all these tough moments is very high. I normally try to hold the emotions, but at the end for all these facts [it] has been impossible today.”

Medvedev was on a 12-match winning streak prior to his narrow defeat to Nadal, reaching finals in Washington and Montreal before winning the Western & Southern Open in Cincinnati in a superb hard-court season.

Nadal is confident Medvedev will lift a major trophy in his career, adding: “The year that he’s having is just very impressive. He has a great, great future in front [of him].

“I really believe that, of course, he will be able to win grand slams, a couple of them. Let’s see. In this life, it’s impossible to predict the future. But his career looks very, very well.”