Third seed Karolina Pliskova needed three sets to reach the fourth round but Serena Williams was dominant in progressing to the last 16. 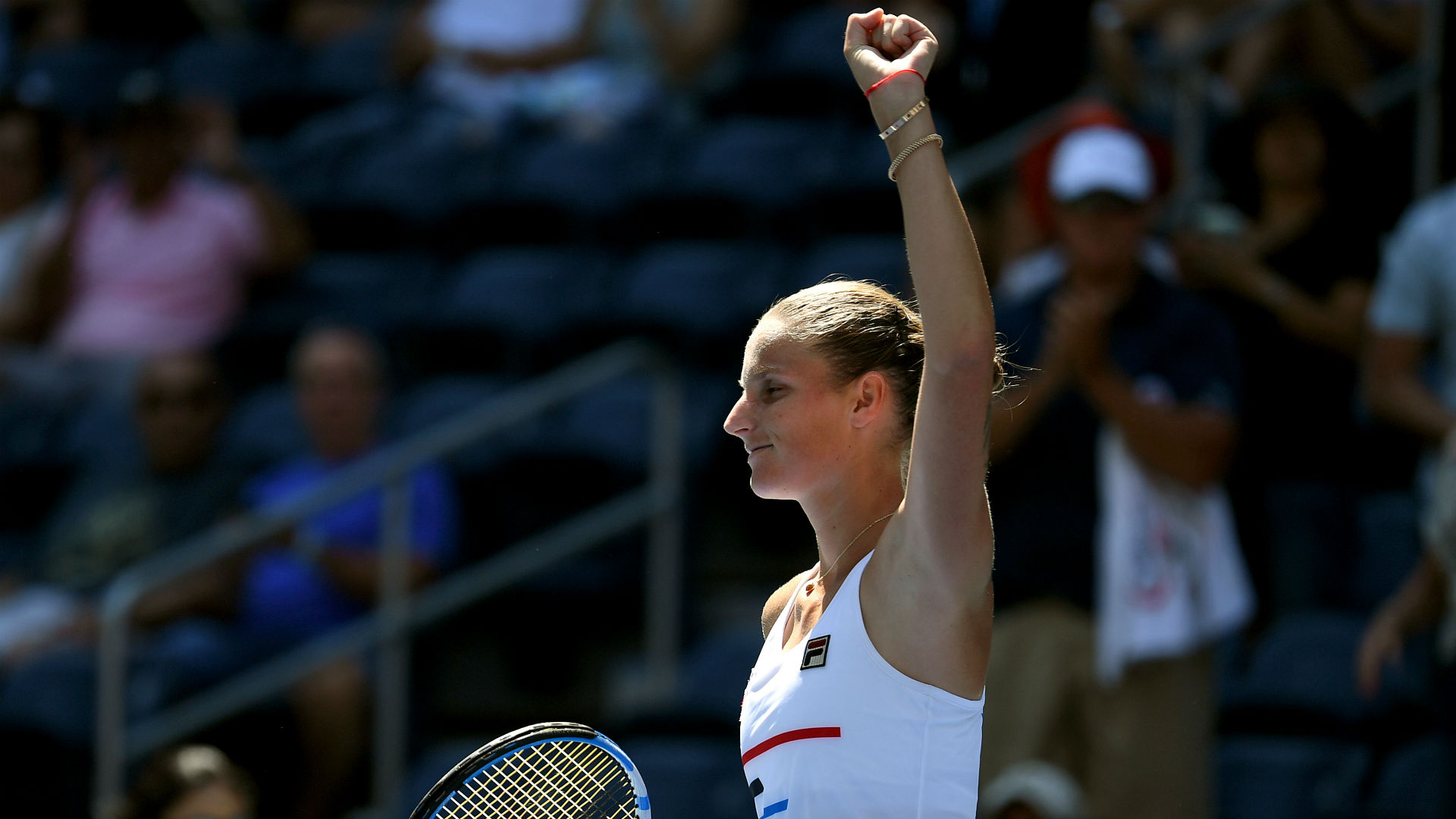 Karolina Pliskova survived a scare to keep her US Open hopes alive, while Serena Williams cruised into the fourth round at Flushing Meadows.

Having seen Simona Halep stunningly undone by qualifier Taylor Townsend on Thursday, the fans at Flushing Meadows may have thought another shock was on the cards when Ons Jabeur took Pliskova to a decider.

However, the third seed rallied to reach the last 16, where she will meet Johanna Konta.

Williams enjoyed a more comfortable day at the office in seeing off Karolina Muchova in straight sets and will play Petra Martic after her win over Anastasija Sevastova.

Meanwhile, Madison Keys had her blood pressure taken in her straight-sets win over Sofia Kenin.

It appeared to be plain sailing for Pliskova when she breezed to the first set 6-1 against world number 62 Jabeur.

However, the Tunisian fought to send the match to a third set, and Pliskova needed over two hours to come through a stern test 6-1 4-6 6-4.

Afterwards, the former world number one made it clear she was not satisfied with her performance.

A battle ’til the end…@KaPliskova outlasts Jabeur 6-1, 4-6, 6-4 in Louis Armstrong Stadium to reach R4…#USOpen pic.twitter.com/5eTXwKAIhm

“You know, just got in trouble maybe more because of me than her,” Pliskova said.

“Of course her game is, once you’re not feeling great and her game is not super nice to play because she plays kind of everything, I don’t even know if she knows what she’s playing, and yeah, then was quite difficult.

“In the end, good. It was big fight. Not for sure the best feeling but I won, which is good.”

However, her hopes of returning to the final she reached in 2017 seemed in jeopardy when she had the blood pressure strap on her arm at 3-3 in the second.

Yet she was able to break for a 6-5 lead and withstood pressure from Kenin to serve out a 6-3 7-5 success and set up a fourth-round meeting with Elina Svitolina, who thrashed fellow Ukrainian Dayana Yastremska 6-2 6-0.

“Just not feeling 100 per cent tonight but really glad I was able to get through in two. It would have been a lot trickier if I had to play another set,” Keys told ESPN on court afterwards.

Under the Lights @Madison_Keys seals her spot in R4 after getting past Kenin in Arthur Ashe Stadium…#USOpen pic.twitter.com/fe1e68YHXu

When Konta played Pliskova in Rome this year she was on the end of a 6-3 6-4 defeat. However, after thrashing Zhang Shuai 6-2 6-3, the Briton expressed excitement at the chance to avenge that loss.

“I am actually looking forward to seeing how I can do a bit better, how I can just maybe ask some better questions this time around,” said Konta.

World number two Ashleigh Barty remains on course for an enticing quarter-final with Williams following her 7-5 6-3 win over Maria Sakkari.