David Goffin ends the hot streak of Filip Krajinovic as men’s third-round action got under way at the US Open on Friday afternoon. 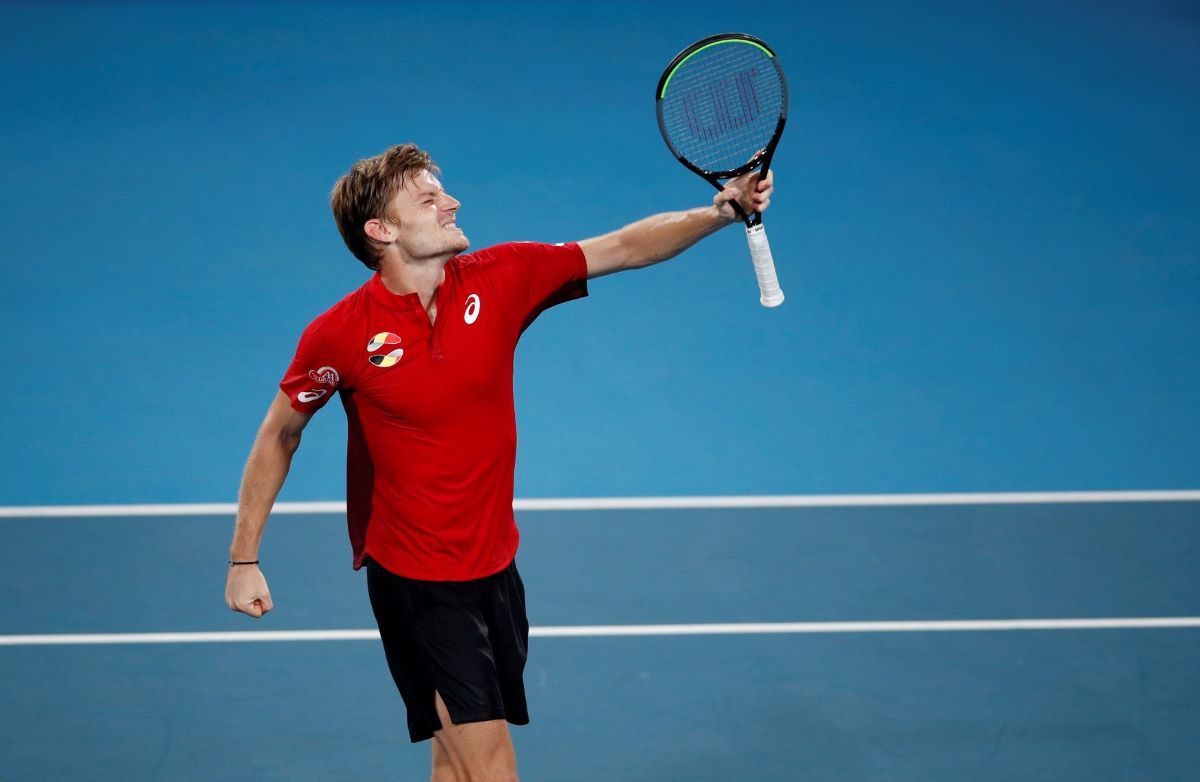 In the first seed vs. seed showdown of the day, No 7 David Goffin defeated No 26 Filip Krajinovic 6-1, 7-6(5), 6-4. Although Goffin is the much higher-ranked player, nothing about the routine scoreline was expected. In fact, Krajinovic was actually favoured to win the match according to the odds.

Another somewhat surprising scoreline took place in the No 20 Pablo Carreno Busta vs. Ricardas Berankis match. Carreno Busta won as expected, but the dominant 6-4, 6-3, 6-2 display in just one hour and 54 minutes was a bit eye-popping.

This is probably where the Spaniard’s run comes to an end, because next up for him is No 1 Novak Djokovic. The Serb beat Jan-Lennard Struff for the second time in the bubble, this time 6-3, 6-3, 6-1 on the heels of a dominant win at last week’s Cincinnati Masters.

There was nothing ordinary about the pre-match build-up to No 5 Alexander Zverev vs. Adrian Mannarino, but the match itself was mostly straightforward. Although the German started slow, he recovered for a 6-7(4), 6-4, 6-2, 6-2 success.

Either way, a surprise fourth-round performer was going to come out of Friday’s Alejandro Davidovich Fokina vs. Cameron Norrie match. It ended up being Davidovich Fokina, who prevailed 7-6(2), 4-6, 6-2, 6-1.

The young 🇪🇸 and human highlight reel has battled his way into Round 4. #USOpen pic.twitter.com/Sh3Kqki6d7

Another unseeded man who finds himself in the last 16 is Jordan Thompson, who cruised past unseeded Mikhail Kukushkin 7-5, 6-4, 6-1. Kukushkin was coming off a five-setter against No 13 Cristian Garin that lasted three hours and 59 minutes.

No 12 Denis Shapovalov was one Taylor Fritz service hold from being out of the US Open in the third round for a third straight year, but the Canadian clawed back for a five-set victory. Fritz, the No 19 seed, served for the match at 5-4 in the fourth. Nonetheless, Shapovalov broke back and eventually claimed that set in a tie-breaker. From there he cruised the rest of the way en route to a 3-6, 6-3, 4-6, 7-6(5), 6-2 victory after three hours and 26 minutes.

Corentin Moutet, nicknamed “The Tornado” at UTS2, upset No 23 Dan Evans 4-6, 6-3, 7-6(5), 7-6(1) in a match that was delayed by rain from Thursday. Over the course of two days, the contest lasted four hours and 15 minutes. Moutet’s reward is a third-round meeting with Felix Auger-Aliassime on Saturday.

The plan is to fight until my last breath💥
Round 2 ✅ pic.twitter.com/3QQz8w91tT