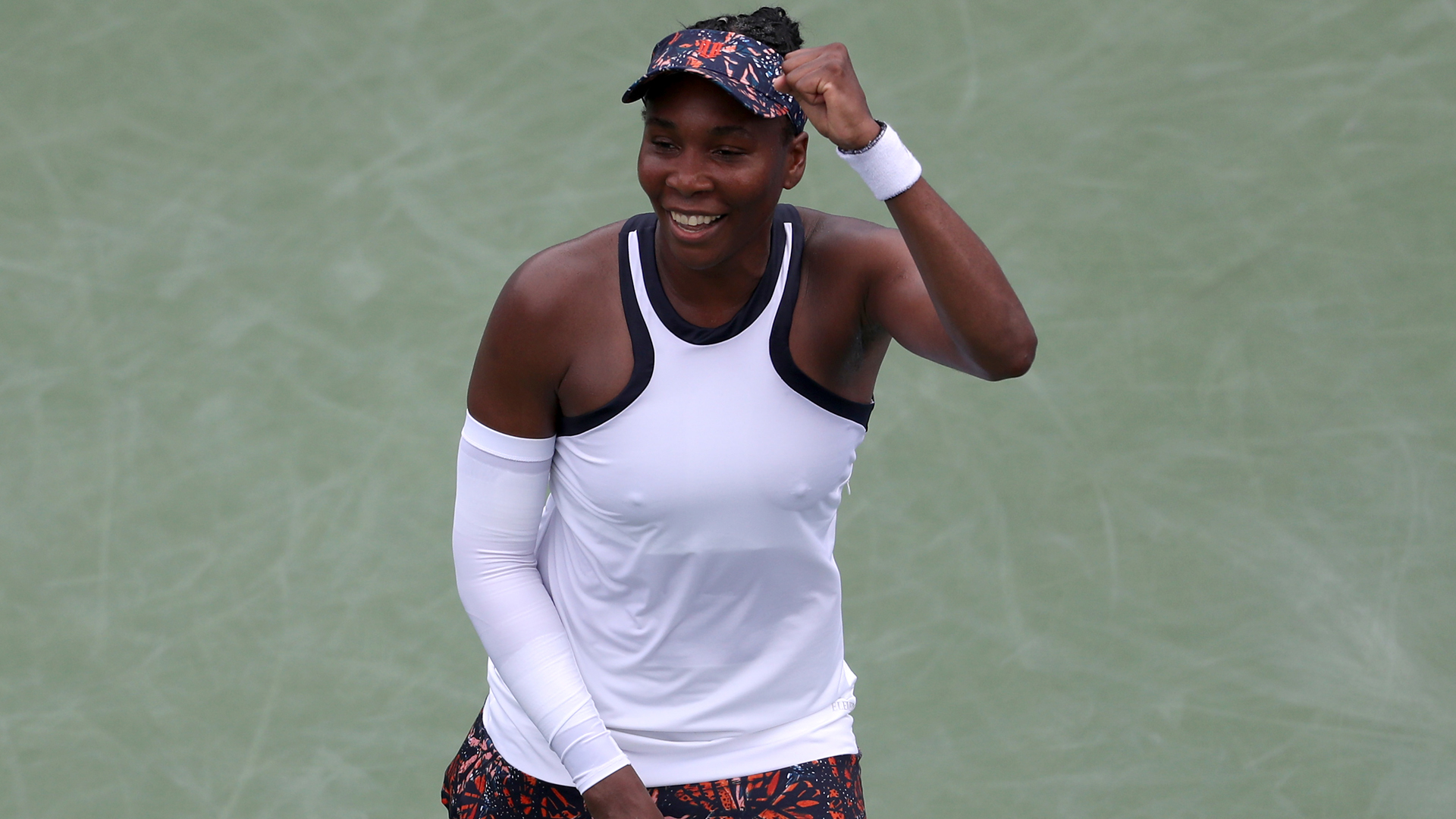 Struggling to find her best form so far this year, Venus caused an upset by eliminating Bertens at the WTA Premier event in Cincinnati.

But Serena was unable to recover from her back injury in time to take her place at the tournament, withdrawing on a day that saw multiple upsets.

The American improved to a 16-10 win-loss record this year as she looks to get on a run, having not yet reached a semi-final in 2019.

The draw has opened up for Venus, with Bertens one of five seeds to fall at the hard-court tournament.

Serena retired during the Rogers Cup final on Sunday and the 23-time grand slam champion was unable to take her place in Cincinnati.

The two-time winner was due to face Zarina Diyas but withdrew before the match, with the Kazakh instead beating Jessica Pegula for the second time in three days with a 7-5 6-4 victory.

Williams’ fitness is a concern with the US Open less than two weeks away and the 37-year-old great looking to equal Margaret Court’s record of 24 grand slam titles.

“I came to Mason on Sunday and have tried everything to be ready to play tonight, and was still hopeful after my practice this morning. But unfortunately my back is still not right.”

Like Bertens, sixth seed Petra Kvitova bowed out in the second round, going down to Maria Sakkari 6-4 2-6 6-3.

There were also three seeded departures in the first round, with two-time runner-up Angelique Kerber among them.

Kerber suffered a 7-6 (9-7) 6-2 loss to Anett Kontaveit, who has now beaten the German in three of their four meetings.

An incisive performance from Anett Kontaveit, securing a straight-sets win against Kerber – 7-6(7), 6-2!

Belinda Bencic retired during her clash with Victoria Azarenka when trailing 6-4 1-0, while Wang Qiang was beaten by Hsieh Su-wei 6-3 6-4.

Donna Vekic, Daria Kasatkina and Sofia Kenin were also among the first-round winners.