Dayana Yastremska outlasts Venus Williams in three sets on Saturday evening to advance at the Western & Southern Open. Yastremska awaits another American, Bernarda Pera, in the second round. 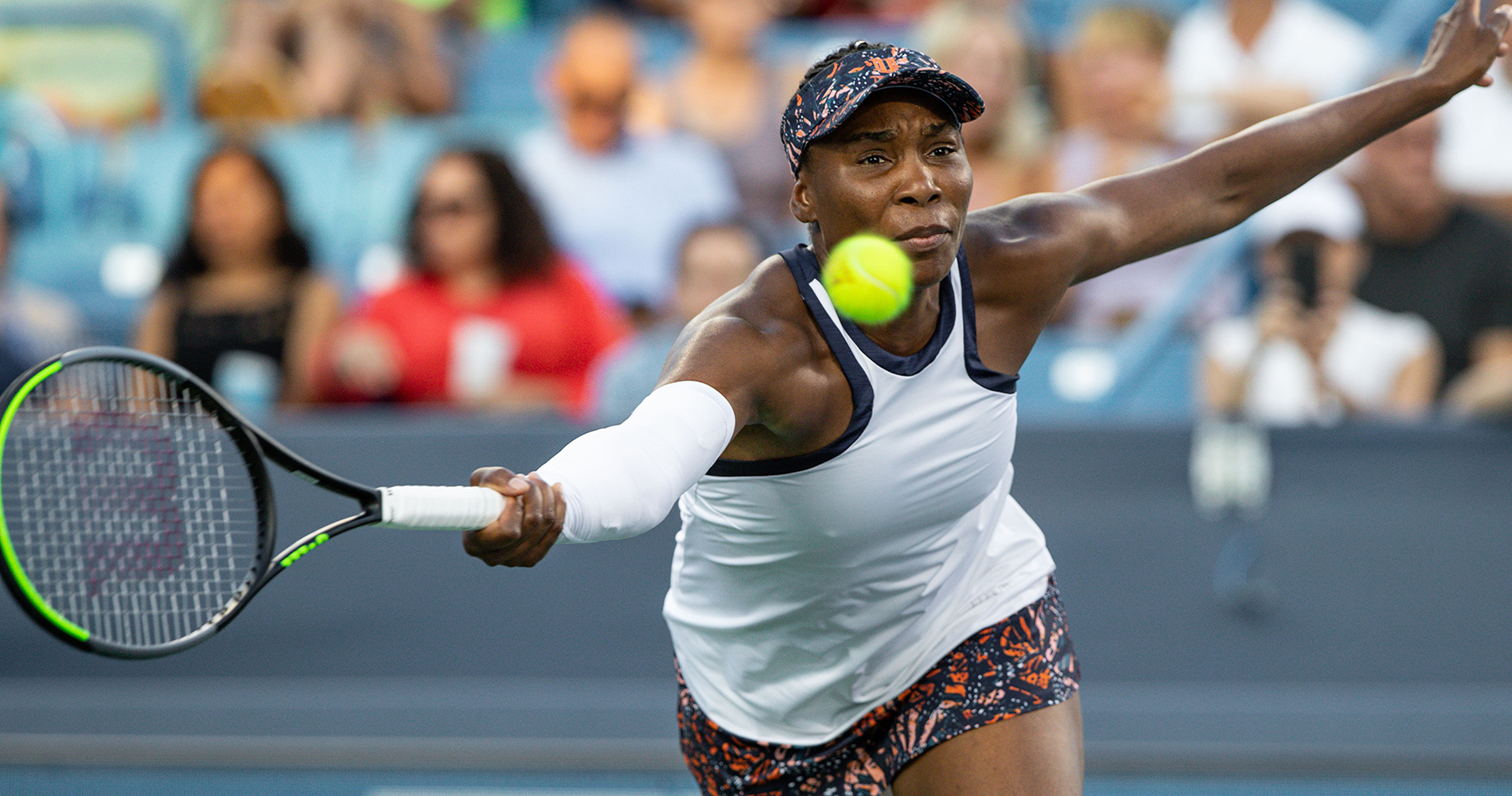 Venus Williams is out of the Western & Southern Open after just one match, but it wasn’t for a lack of fighting.

The 40-year-old American battled No. 16 seed Dayana Yastremska for two hours and 36 minutes before finally succumbing 5-7, 6-2, 7-5. Yastremska saved three break points at 6-5 in the final set and survived various physical problems such as a sprained ankle and toe blisters to successfully stumble across the finish line.

In a wild match that was a see-saw affair from start to finish, Williams was the first to steam momentum from her opponent and bring it to her side. The world No. 65 fell behind 3-1 in the opening set but eventually broke back for 4-4. Following a few routine service holds, Yastremska cracked while serving to stay in the first. At 5-6, the Ukrainian got broken easily to hand Williams an early lead.

One step closer to round 2.@Venuseswilliams is in the lead, taking the first set 7-5 against Dayana Yastremska at @CincyTennis

Yastremska hit back emphatically in the second set. The 20-year-old — yes, exactly half of Williams’ age – fought off four break points to hold for 1-1 and used that momentum to break for a 2-1 lead. When she broke again for 4-1, the middle frame of play was all but over. Yastremka double-faulted only once in the second after doing so three times in the first, and she faced no more break points following the difficult service game at o-1.

The 20 year old is on a roll.👏@D_Yastremska evens the score against Venus Williams, taking the second set 6-2 at @CincyTennis.

That set the stage for a dramatic decider, which started off routinely. Each woman held her first four service games without running into a single break point. At 4-4, the roller-coaster ride began. Yastremska broke to give herself a chance to serve out the match, but she did not come close to holding. The world No. 25 broke again for 6-5 — and once again ran into trouble on serve while trying to seal the deal. Williams got a look at three break points to force a tiebreaker, but Yastremska saved all of them and finally prevailed when the veteran netted a backhand return.

“It was a good match,” Williams assured. “You know, first round is always the challenge, trying to get your rhythm. She played well; just was a little better in the end on the points.”