The Mexican Open has reduced its appearances fees in 2021, leaving it unable to afford world No 2 Rafael Nadal. 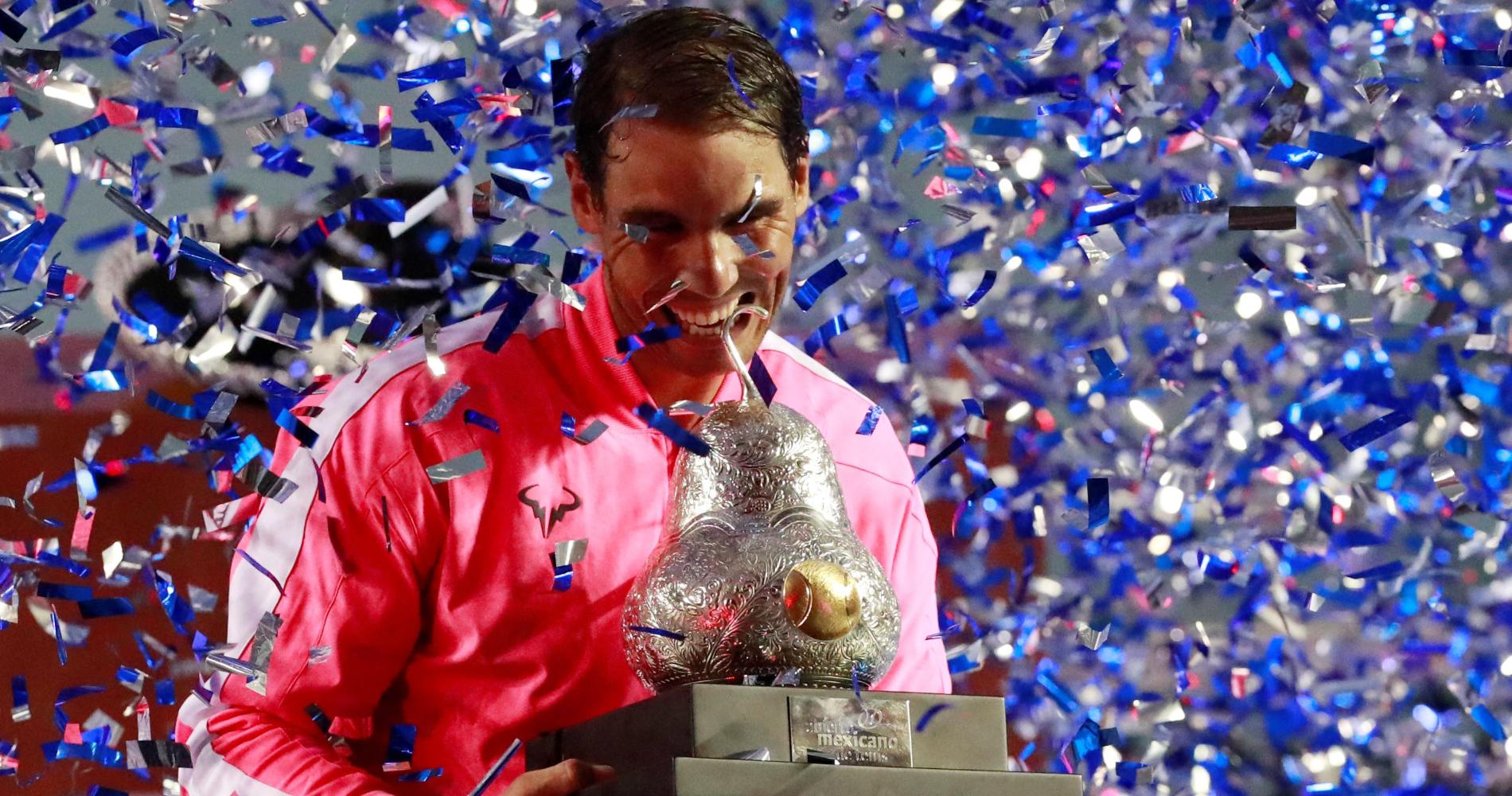 Rafael Nadal will not be in Acapulco this year, reportedly because the tournament could not afford him.

The world No 2, who is recovering from a lower back injury, has played the Abierto Mexicano Telcel in the Mexican city in three of the past four years but with reduced crowds and additional costs due to the Coronavirus pandemic, the tournament decided to spread the money it pays in appearance fees between more players for this year’s event, scheduled for March 15-20.

“The relationship with Carlos Costa (Nadal’s agent) is super good and things were very open (but) the reality is that there are no funds to pay,” Raul Zurutuza said, as reported by Adrenalina.

“Our budget for this year is super mega limited, so we decided to invest that money in bringing who we have to bring.”

Nadal made a Twitter post on Friday evening, citing both the pandemic and a back injury as reasons for his absence.

Carlos Costa, Nadal’s agent, confirmed on Friday that Nadal’s absence from Acapulco does not have anything to do with any agreement or disagreement with tournament organisers.

“Rafa has decided not to participate in the Acapulco tournament purely as a matter of his current state of health, schedule, and convenience because it is such a long trip in the circumstances in which we find ourselves,” Costa indicated (translated from Spanish). “As is well known, Rafa returned with a back problem from the Australian Open and is still recovering from the injury. It is for this reason that he will not participate in the Rotterdam tournament where he was registered. After the suspension of the Indian Wells tournament and the delay of the initial date of the tournament in Mexico, he has finally decided not to travel to Acapulco.”

Tournaments below the Masters 1000 level often pay the world’s leading players appearance money, an investment which can range into the millions of dollars, depending who they are trying to lure to their event.

Roger Federer has traditionally commanded the biggest appearance fees, while Nadal and world No 1 Novak Djokovic are also paid big money to play in tournaments, safe in the knowledge that if you have a big name, you will ensure big crowds and recoup the investment.

Stefanos Tsitsipas, Alexander Zverev and Diego Schwartzman are the leading names entered in this year’s event.

According to Adrenalina, the additional cost of putting the players in a Covid-19 safe bubble also contributed to their decision-making.

“We had already signed a contract with Zverev and it was more expensive to cancel it than to pay him,” Zurutuza said. “And the other players, the four or five that we invited with an appearance fee, have stepped up, their financial demands are substantially lower than what they normally do.”