A wild Wednesday at the Western & Southern Open ended with Naomi Osaka’s withdrawal from the tournament — and a subsequent announcement that play will not be held on Thursday. 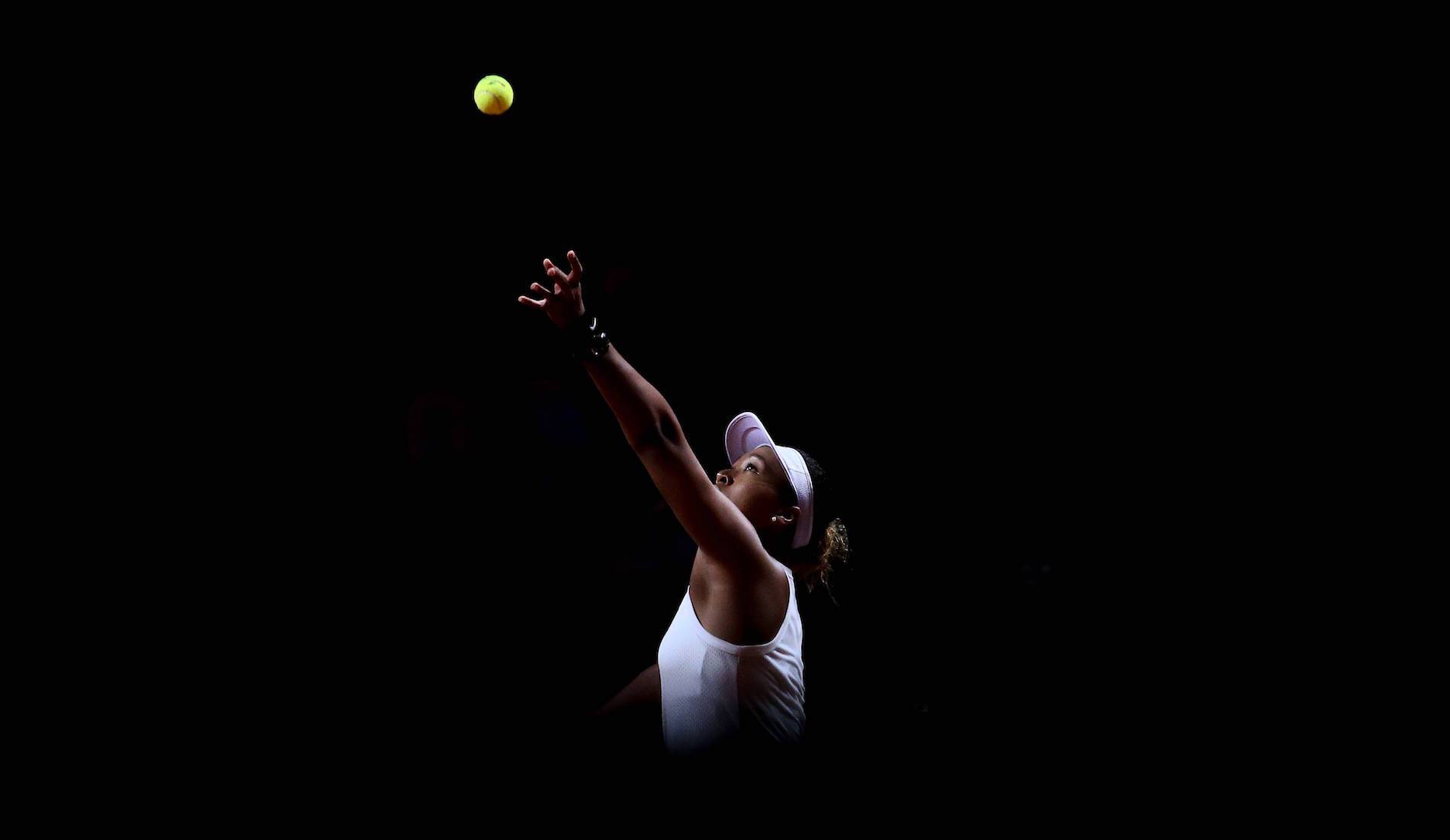 The woman of the day : Naomi Osaka wins and protests

Osaka overcame the 12th-seeded Kontaveit 4-6, 6-2, 7-5 in one hour and 53 minutes. But at the end of the day, nobody cared anymore. Later that night, the two-time Grand Slam champion made an even bigger statement off the court. As a protest of social injustice, Osaka announced her withdrawal from the tournament.

A couple of hours thereafter, the Western & Southern Open announced that play would be suspended in its entirety on Thursday.

Tennis was already living in extraordinary times playing behind closed doors without any fans. Now it has reached an even more historic level with Osaka’s withdrawal and the complete cancellation of an entire day’s play in an effort to bring about awareness and change.

The man of the day : Djokovic dominates

World No. 1 Novak Djokovic was not at all dominant against Ricardas Berankis in his opening match, when he also dealt with the neck problem that forced him to withdraw from doubles. Well, any and all problems he was facing appear to be things of the past. Djokovic raised his level against Tennys Sandgren in the third round and then picked up the pace to an even greater extent on Tuesday by destroying Jan-Lennard Struff 6-3, 6-1.

Djokovic has not lost yet this season (21-0). But leave it to Nick Kyrgios — even from back hope in Australia — to argue that the top-seeded Serb has lost in a different kind of way.

Hell of a tennis player. May go unbeaten in 2020, can’t take that away from him. Unfortunately when he was supposed to show some leadership and humility he went missing. Majority would say he has taken an L regardless. https://t.co/UjZ9LbHTj3

You can be sure that Djokovic will be asked about Kyrgios’ comments at his next press conference. Stay tuned….

The feel-good story of the day : Victory for Vika

Is Victoria Azarenka playing her way into a second-career resurgence of sorts? It sure is looking like it based on her performance so far at the Billie Jean King National Tennis Center. The 31-year-old is a two-time Australian Open champion, but she has not been to a Grand Slam final since reaching three in 2013. She also gave birth to a son in 2016.

A rejuvenated Azarenka is back up to No. 59 in the world and poised to go much higher. A semifinal — and perhaps a final or title — at this Cincinnati event will do wonders for her ranking. The Belarusian looked every bit like a top 10 player while beating Ons Jabeur 7-6(9), 6-2 in the quarterfinals on Wednesday. Azarenka saved four set points in the first set and ended up prevailing in one hour and 44 minutes of play.

Assuming the tournament does reach a conclusion at some point, there will be a different men’s champion. Medvedev, the winner last summer, went down to Bautista Agut 1-6, 6-4, 6-3. The Spaniard got completely steamrolled in the opening set, but he battled until the end like he always does and it paid off in the form of a comeback win. Bautista Agut’s reward is a semifinal showdown against a familiar foe in Djokovic, against whom the underdog has won three consecutive hard-court matches.

“I just said to [myself] that I had to compete, to try to do something different to stay closer in the score and don’t give up until the end of the match,” he explained. “And then I could start playing better and better. At the end I finished the match playing well…. I was talking to myself to try to spend as many minutes on the court as possible, to take it like practice, to fight until the end. I tried to mix up the game a little bit, going to the net a little bit, mixing up with a slice. Then I was playing better and better and getting used to the conditions.”

The picture of the day : Fear the hair

Hockey players have been known to not shave their beards until they lose in the playoffs. As a Canadian and obvious hockey fan, Raonic may go with a similar strategy. Why mess with success? Right now, Raonic’s mop is working out quite well for him. The 2016 Wimbledon runner-up continued his stellar run in New York with a 4-6, 7-6(2), 7-5 victory over Krajinovic. Raonic saved one match point at 4-5, 30-40 in the third set before triumphing in two hours and 42 minutes.

The quote of the day : An unbelievable question

Stefanos Tsitsipas’ road to the Cincinnati semifinals has included three of the biggest servers on tour : Kevin Anderson (6’8”), John Isner (6’10”), and Reilly Opelka (6’11”). Amazingly enough, he is now going up against Raonic (6’5”). The sixth-ranked Greek, who got a retirement from Opelka at 6-5 in the first set on Wednesday, was asked in his press conference who has the better serve between the two giant Americans — Isner or Opelka.

“That’s unbelievable question, to be honest with you. It is like you tell me, ‘white bread or black bread?'”

As a result of safety precautions due to the coronavirus pandemic, there are no fans at the Western & Southern Open. Well, there aren’t supposed to be. There has been one fan in particular who has showed up on consecutive days. This fan found his way into the Grandstand during the Tuesday’s rain delay, and on Wednesday this fan actually watched the Raonic-Krajinovic match.

This fan, of course, is the raccoon!

As expected, the Medvedev-RBA contest featured grueling rally after grueling rally. At times it looked like a ping-pong match, with the ball going back and forth over the net with almost no spin but also with ruthless efficiency. It is no surprise that the thriller lasted more than two hours, and it probably would have reached the three-hour mark had Medvedev not been so on fire in the first set that he lost only one game.

These are the kind of points that were on display.

As it currently stands, the plan is for Thursday’s schedule to be pushed back to Friday when play will resume with the semifinals.

For now, however, it will be all quiet at the Billie Jean King National Tennis Center on Thursday. There will be no thump of the racket meeting the tennis ball. No squeaking of shoes. No screams of victory or despair.

No, the silence will be much louder than that.