Not even a rain delay could stop a wild day at the Western & Southern Open from reaching a conclusion. Two Greek stars are among the Cincinnati quarterfinalists. 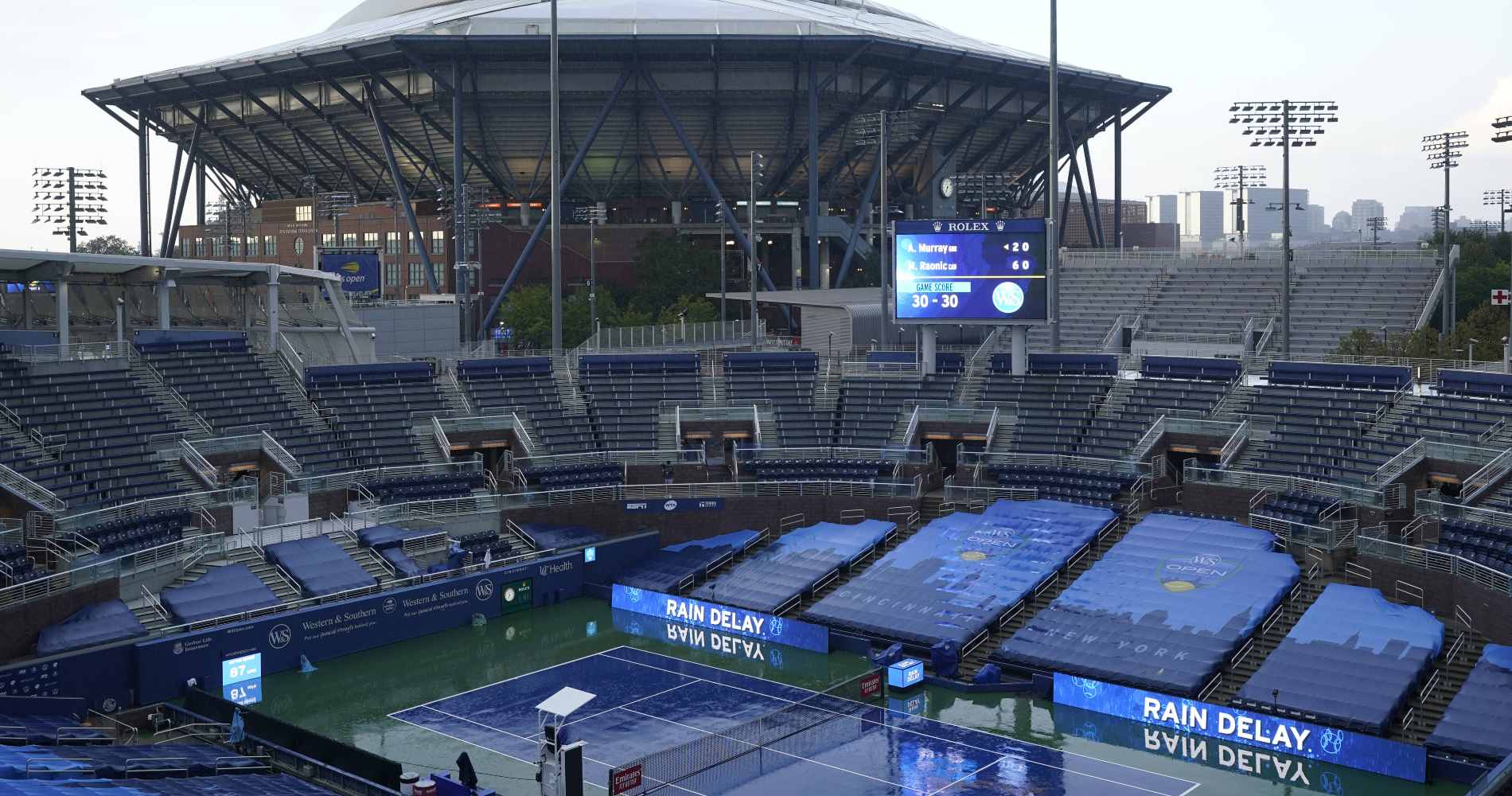 There were some utterly bizarre scenes at the Western & Southern Open on Tuesday night. A raccoon made a rare appearance during a rain delay and Serena Williams struggled through what can only be described as a weird third set in her shocking loss to Maria Sakkari. When it was all said and done, a total of 16 players remained on the men’s and women’s sides as they prepare for quarterfinal action on Wednesday.

The woman of the day : Pegula on fire

Has anyone turned in a more impressive body of work throughout Western & Southern Open than Jessica Pegula? Perhaps not. At No. 83 in the world, Pegula had to qualify just to get into the main draw. After doing so successfully, the American defeated Lexington champion Jennifer Brady 7-6(5), 6-4. Her difficult draw continued with 2019 French Open semifinalist Amanda Anisimova, but Pegula rolled 7-5, 6-2. Things got even more difficult in the form of fifth-seeded Aryna Sabalenka on Tuesday. Right now, however, there seems to be no stopping the 26-year-old. Pegula powered past Sabalenka 6-2, 2-6, 6-3 after two hours and six minutes to book her spot in the quarterfinals. Next step : Elise Mertens.

“I think it’s really great; I’ve beat three top players — top 50 players,” Pegula noted. “That gives me a lot of confidence going into the quarters. I’m definitely happy, but it doesn’t really feel like the quarters because I played qualifying. It kind of feels like it should be a final. But I definitely want to take this and use it as momentum going into the US Open.”

The man of the day : The right Struff

Not unlike Pegula on the women’s side, Jan-Lennard Struff earned every bit of his quarterfinal appearance in the men’s draw. Struff’s run includes victories over Alex de Minaur, Denis Shapovalov, and David Goffin. Opponents have been getting tougher and tougher with each match, but the 30-year-old German has consistently come up with all the answers. On Tuesday, he upset Goffin — the 2019 Cincinnati runner-up — 6-4, 3-6, 6-4.

”I played some good tennis early on [against top 10 players] as well, but I lost the matches most of the time. That gave me a bit of experience how it is to be on court with them… .I played good tennis (today) and I’m very happy to get another top 10 win.

Next up for Struff is world No. 1 Novak Djokovic.

The match of the day : Tsitsipas too good in two tiebreakers

Stefanos Tsitsipas has not dropped a single set through two matches at the Western & Southern Open, even though he has faced two of the biggest servers on tour. After thrashing two-time Grand Slam runner-up Kevin Anderson 6-1, 6-3, the 22-year-old Greek got a much tougher test from 2013 Cincinnati runner-up John Isner on Tuesday evening. Nonetheless, Tsitsipas passed the test in style. The reigning Nitto ATP Finals champion struck 10 aces compared to only two double-faults, won 84 percent of his first-serve points, and played two brilliant tiebreakers against Isner — who has always been one of the best tiebreaker players on tour. Although Tsitsipas avoided going to a final set, he still needed one hour and 42 minutes to secure a quarterfinal spot.

“Quarantine healed me” : read our exclusive interview with Stefanos Tsitsipas

Williams was one service hold away from surging into the Western & Southern Open quarterfinals. Instead, the former world No. 1 is left with more questions than answers heading into the US Open. Williams led Maria Sakkari by a set and 5-3 in the second only to see the Greek storm back for a 5-7, 7-6(5), 6-1 upset. The 38-year-old completely disappeared mentally in the third — and physically to an extent, as well. After losing the first five games, Williams finally decided to fight a little bit and saved an amazing seven match points before holding for 1-5. In the end, though, that only delayed the inevitable.

The picture of the day : The calm after the storm

There is nothing worse for tennis fans than rain delays. It doesn’t matter if you are in attendance or simply watching on television from afar. Either way, it stinks! Although there was a two-hour delay on Tuesday evening, the storms finally gave way to an extremely nice night…and, thankfully, a lot more awesome tennis.

The quote of the day : Won’t you be my neighbor?

Anett Kontaveit is occupying one of the suites inside Arthur Ashe Stadium as her hangout spot during the day. You have to figure that she has been there for at least one week, as the tournament began last Saturday. Somehow, though, the 20th-ranked Estonian does not sound positive about who her neighbors are. She was asked about suite life during her press conference following a 6-3, 6-3 win over Marie Bouzkova.

“I’m pretty sure one of my neighbors is Benoit Paire. And then Maria Sakkari. I don’t know if she’s right next to me, or if Paire is like between us or something like that.”

Due to the ongoing coronavirus pandemic, there are not supposed to be any fans at the Western & Southern Open — and not at the US Open thereafter. But there was one on Tuesday night. During the rain delay, a curious raccoon made the rounds through the Grandstand.

All #CInCyTENNIS needed this year was a Grandstand raccoon, right?

The point of the day : Bullseye!

It is said that a player “takes a racket out of his or her opponent’s hands” when he or she is playing so well that there is absolutely nothing the opponent can do. That is figurative speech, of course. Well, Novak Djokovic literally took the racket out of Tennys Sandgren’s hands during the Serb’s 6-2, 6-4 third-round victory.

A jam-packed schedule of quarterfinal action will take place on Wednesday. Spots in the last four will be on the line for both the men and the women. Here are the matchups (and full order of play here).