Once again, there was no shortage of upsets at the Western & Southern Open. Monday’s action saw Andy Murray and plenty of other unseeded floaters score big wins. 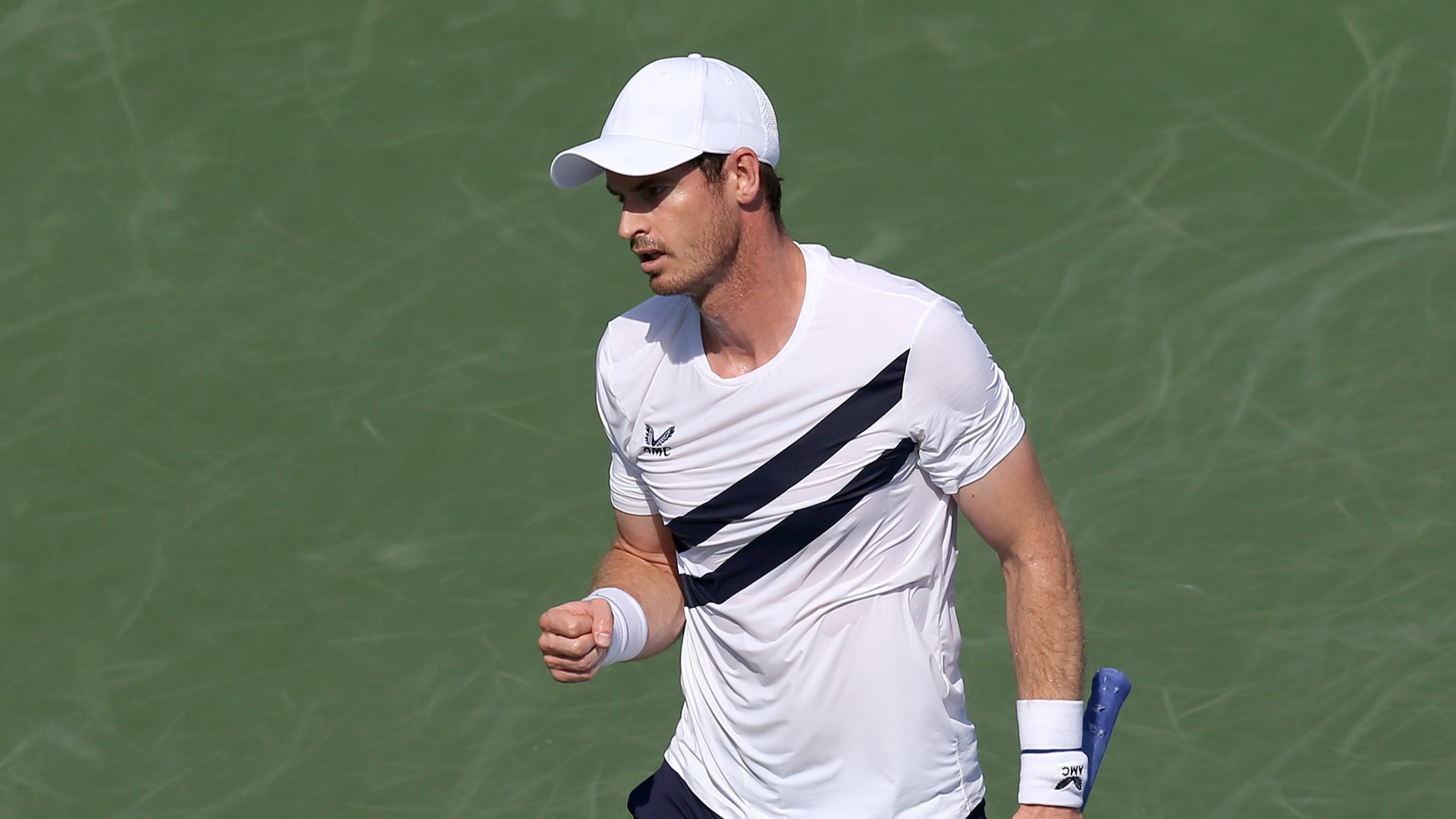 If there was one piece of advice tennis fans should have been given upon the resumption of the tours following a five-month coronavirus hiatus, it was to expect the unexpected. After all, you just don’t know what you are going to get from any player on any given day on the heels of such a long layoff.

Well, the unexpected is exactly what we are getting so far at the Western & Southern Open. Seeds have been exiting left and right through the first three days of main-draw action — including Alexander Zverev, who lost to Andy Murray. Of course, Murray was by no means alone in the department of pulling off upsets.

Keys’ loss came at the hands of UTS2 participant Ons Jabeur, who was in outstanding form before the coronavirus pandemic halted tennis. Picking up right where she left off, Jabeur beat red-hot qualifier Leylah Fernandez 0-6, 6-4, 6-3 in round one and then knocked off the 13th-ranked American 6-4, 6-1 on Monday night. The 25-year-old Tunisian, a quarterfinalist at the Australian Open and in Doha, did not face a single break point while advancing in exactly one hour.
<

ATTENTION: @Ons_Jabeur is not messing around. 😳

In one hour, she knocks out no. 7 seed Madison Keys in straight sets.#CInCyTENNIS pic.twitter.com/Xd39NlOhi9

The man of the day : Great Scot

Murray picked up his biggest win since undergoing hip surgery early in 2019 when he ousted Zverev 6-3, 3-6, 7-5. The 33-year-old Scot battled back from a break down in the third set to prevail in two hours and 31 minutes. He broke the fifth-seeded German four times while benefiting from 11 double-faults. Murray also finished with more double-faults (four) than aces (two), so it was not exactly the highest quality contest from start to finish (Zverev had 10 aces to go along with his 11 doubles). Still, Murray’s fighting spirit helped him cross the finish line.

“If you’re watching me on the court, you might think that I get really down on myself and that I’m very negative. I think outwardly, I definitely am. But inside me I have a very, very strong self-belief and know that I can win matches like that.”

Murray still has the champion mindset. Today, it paid off. 💪#CInCyTENNIS pic.twitter.com/uDiTY9y2dD

The match of the day : so many Third-set busters

Murray just barely managed to avoid a third-set tiebreaker, but a few matches did end up going the distance. The first thriller of the day pit Felix Auger-Aliassime against Tennys Sandgren. Auger-Aliassime led 5-3 in the final set, but Sandgren stormed back for a 6-7(4), 6-2, 7-6(5) victory. It was third-set tiebreaker delight for another American, John Isner. The 6’10” veteran has been no stranger to such situations throughout his career, and he once again came up clutch at the most important moments. Isner fired 35 aces and came back from a mini-break down in the decisive ‘breaker to prevail 4-6, 7-6(3), 7-6(5). On the women’s side, Serena Williams made it a clean 3-0 record for Americans in third-set tiebreakers. Arantxa Rus served for what would have been a massive upset, but the former world No. 1 righted the ship and ended up surviving 7-6(6), 3-6, 7-6(0).

The queen brought it in her second round match at @CincyTennis.#CInCyTENNIS pic.twitter.com/k4dFLejJgx

The big surprise : Thiem is toast

There was no survival from Dominic Thiem — not even close. Cincinnati’s No. 2 seed won only three total games while getting dismantled 6-2, 6-1 by Filip Krajinovic. Shockingly, Thiem won a grand total of two points against the Serb’s serve in the entire match. No, that is not a misprint; that is an actual, real statistic.

“It was just horrible from myself,” Thiem admitted. “Didn’t play well at all. Didn’t get any rhythm. I felt like I didn’t win any points on his serve. I had a lot of trouble returning. Well, it’s tough to understand right now but I will think about it and hopefully I’ll find better answers in the next days.”

The picture of the day : Height difference

It is always fun — especially for photographers — when there are huge height differences in matches. Over the years we have seen the likes of Dudi Sela go up against Isner and Ivo Karlovic. On Monday at the Billie Jean King National Tennis Center, it was 5’7” Diego Schwartzman against 6’11” Reilly Opelka. They had faced each other twice before, splitting their two previous encounters. Opelka now has the upper hand after battling through a knee injury to defeat the Argentine 6-3, 7-6(4).

The quote of the day : Talkin’ about practice

During the coronavirus, players were obviously reduced to either practicing or playing exhibition matches. From March through July, there were no official matches of any kind to be hand. For many, it was just practice, practice, and more practice. And Naomi Osaka was getting tired of it. Thrilled to be back on the match court, the two-time Grand Slam champion battled to a 6-7(5), 6-4, 6-2 win over Karolina Muchova on Monday afternoon.

“I have been practicing for so long, and I’m the type that doesn’t like practice. I like matches. I feel like (t0day) there’s something that I can finally do with all of the time I spent practicing…. I would say that I did play a lot of practice sets in L.A. (during the hiatus). Tommy Haas beat me 6-0; it was so embarrassing. But, yeah, I would say I’m not the greatest at practice sets — but I do feel like I win the ones that I’m supposed to. For me, I play to compete for something. So I feel like if I’m just practicing just to practice a practice set, my motivation isn’t really there.”

Murray was also a lot better on the match court against Zverev (and against Frances Tiafoe in the first round) than he had been in practice.

“If you watched my practice sets in the build-up to the tournament… I was getting belted by everyone. And that had also been the case back home. Couldn’t win one. But practice doesn’t really matter. It’s what you do on the match court.”

Denis Shapovalov was caught on camera in some intense meditation at one changeover during his match against Jan-Lennard Struff. Was the 21-year-old thinking about the new rap single (“Night Train”) that he just released? Who knows, but he will have plenty of time before the US Open starts to work on his second career because he lost to Struff 7-6(4), 3-6, 6-4.

What is going on inside @Denis_Shapo‘s head?

The point of the day : Murray magic

Although Zverev doomed his own chances with another dreadful serving display, it’s not like he completely threw the match away. Murray did well to go out and grab it from the German. A series of spectacular shots by the former world No. 1 and two-time Cincinnati propelled him to victory.

A jam-packed schedule of third-round action will take place on Tuesday. Quarterfinal berths will be on the line for both the men and the women. Here are some of the marquee matchups (and full order of play here)