Why Kyrgios can make it against Nadal (if he recovers well…)

The clash between Nick Kyrgios and Rafael Nadal is highly expected in Melbourne, on the Monday night session. Kyrgios can probably beat Rafael Nadal, as he already did twice on hard courts, but the path to the victory is uncertain, as the Aussie had to fight more that four hours against Kachanov on Saturday. 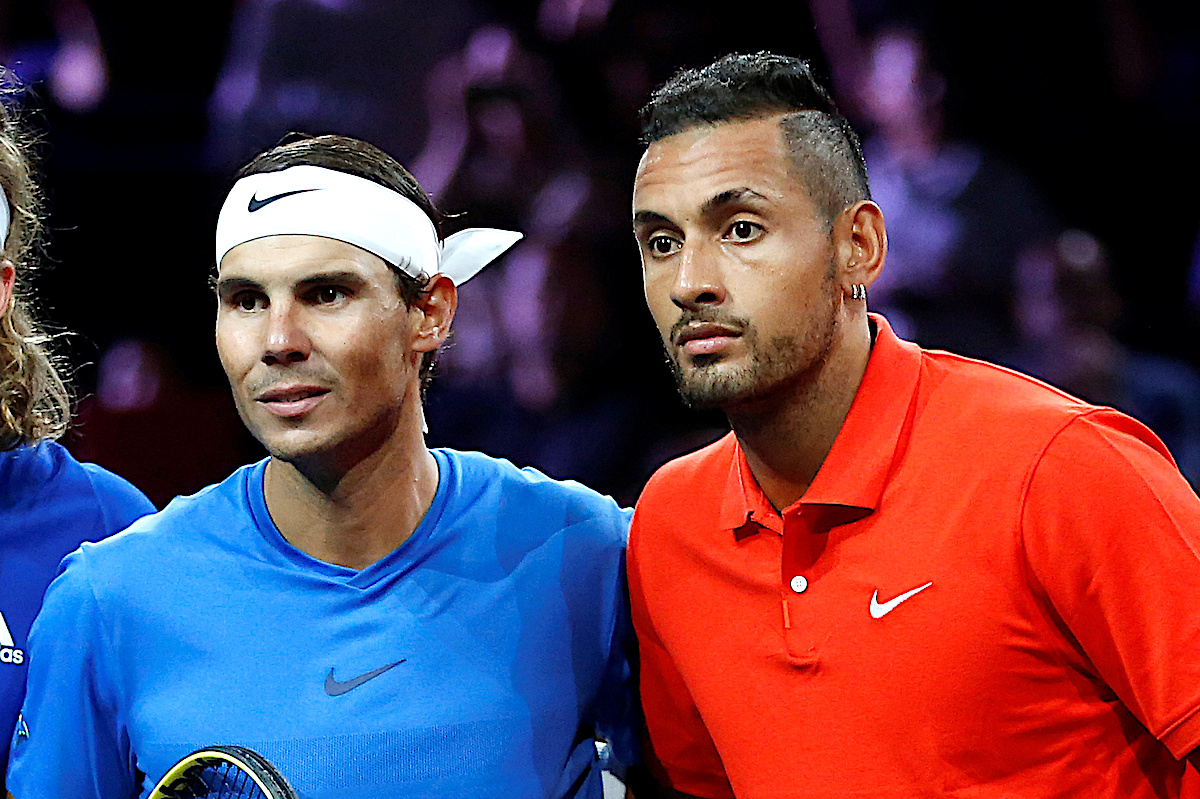 Will he make it ? Nick Kyrgios has won three of his seven meetings against Rafael Nadal in a rivalry that stepped up a gear at last year’s Mexican Open when words were exchanged after a match the Australian won (here is the full list of their 2019 words).

Kyrgios referenced the duo’s battle at Wimbledon last year, which Nadal won in four close sets (6-3, 3-6, 7-6, 7-6), after his incredible win against Khachanov.

“Last time I played him was at Wimbledon,” said Kyrgios. “We had a pretty good match, 7-6 in the fourth set.”

“I LOOKED HIM IN THE EYE”

A proper clash is expected on Monday, during the night session. But both of the players have assumed this was not time to consider themselves as enemies.

“In Wimbledon, I shook his hand, looked him in the eye, and said, ‘Too good’. Regardless, if we don’t like each other or whatever, I think there’s a layer of respect. He’s one of the greatest of all time” said Kyrgios.

“I also read that he thinks I’m good for the sport. There’s a layer of respect that we both have for each other. Doesn’t necessarily mean we like each other, but we’re going to go out there and give contrasting styles and personalities.”

“When he plays good tennis and he shows passion for this game, he is a positive player for our tour, and I want my tour bigger, not smaller, said Nadal, as he did not yet who he would face. So the players who make the tour bigger are important for the tour. When he’s ready to play his best tennis and play with passion, is one of these guys. When he’s doing the other stuff, of course I don’t like.”

Anyway the result will not be a matter of love and hate. Kyrgios believes Nadal will have a physical advantage after having an easier route through to the last 16 but is not overly concerned, also saying his hamstring is better after he felt it against Khachanov.

He added: “Physically I think I’ll be fine. I have a whole day off [Sunday]. Get some rest after this, do all the right things. I’m super excited honestly. Playing one of the greatest tennis players on center court at your own slam, it’s pretty damn cool.”

“I’ve got a lot of time between now and then. Obviously it’s going to be another physical battle. “Nothing comes easy with him. He had a relatively routine match, so he’s going to be feeling good. I’m looking forward to it. That’s why you play, I guess.”

“He knows he can beat Rafa, he already did said Patrick Mouratoglou, our technical expert. He knows how to get to his head. The only issue is the recovery. The match will probably be tough and long. I am not sure he can play at 100% after the incredible match played Saturday night. The physical aspect will have a role, for sure, and Nadal has an edge on this one.” 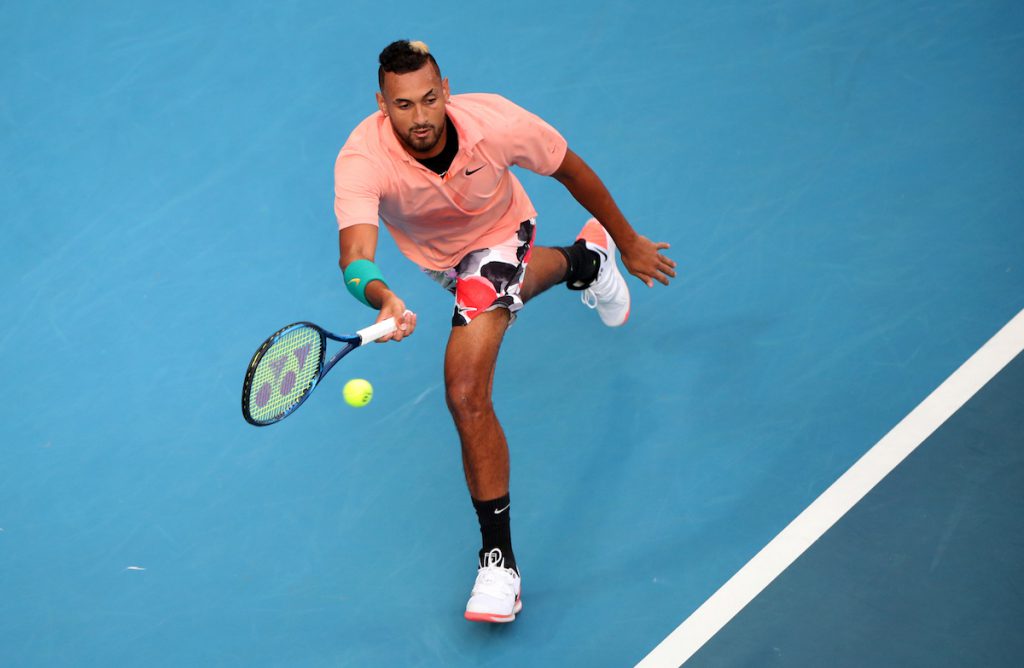 He continued: “Ever since juniors I enjoyed playing lefties. I feel like I kind of know what game plan I need to bring to be successful against them.”

More over, the Aussie is a different player this winter. “The team competitions have helped him a lot, can see Patrick Mouratoglou. When he’s playing for himself, he can give up easily. He does it very often, but never when he is involved in a team. The Laver Cup and the ATP Cup pushed him to fight. I am sure he felt something there for his own singles. He will not give up here in Australia in front of how own crowd. Something might clic in his head at some point. I don’t think he is ready to win Grand Slams now. He is not the fittest guy because his training is not like the top players. But he knows he can beat Rafa.”

The show begins at 7 pm local time on Monday. 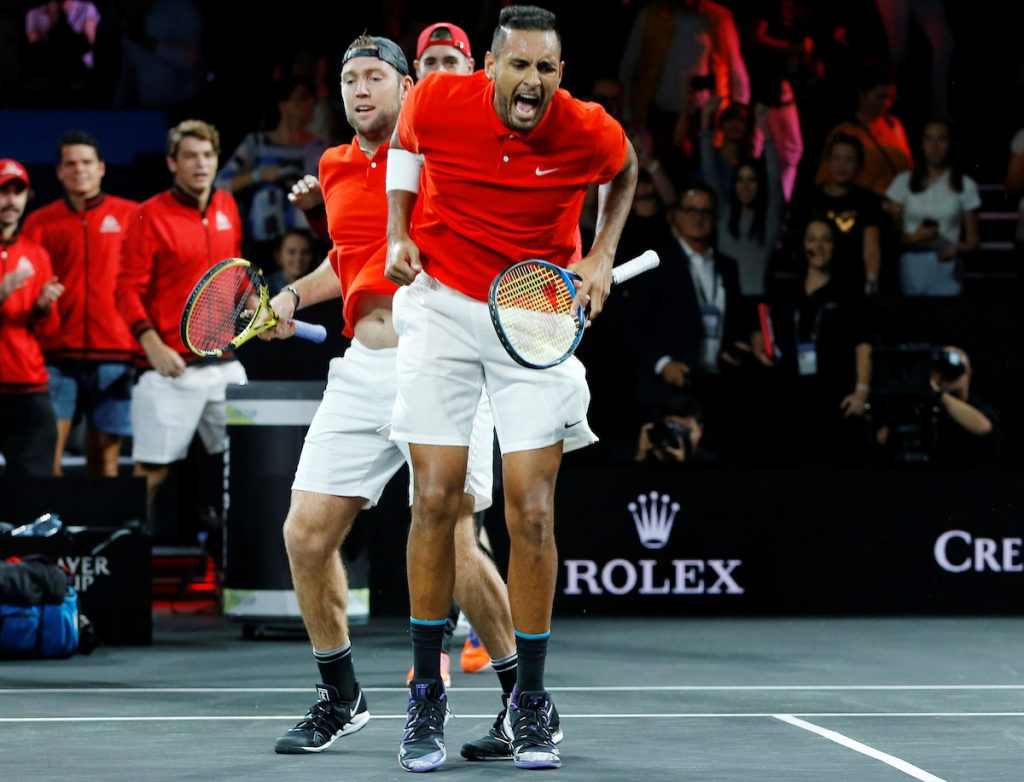