Serena Williams has been one short of Margaret Court’s grand slam titles record since 2017, and in the Wimbledon final she can match her. 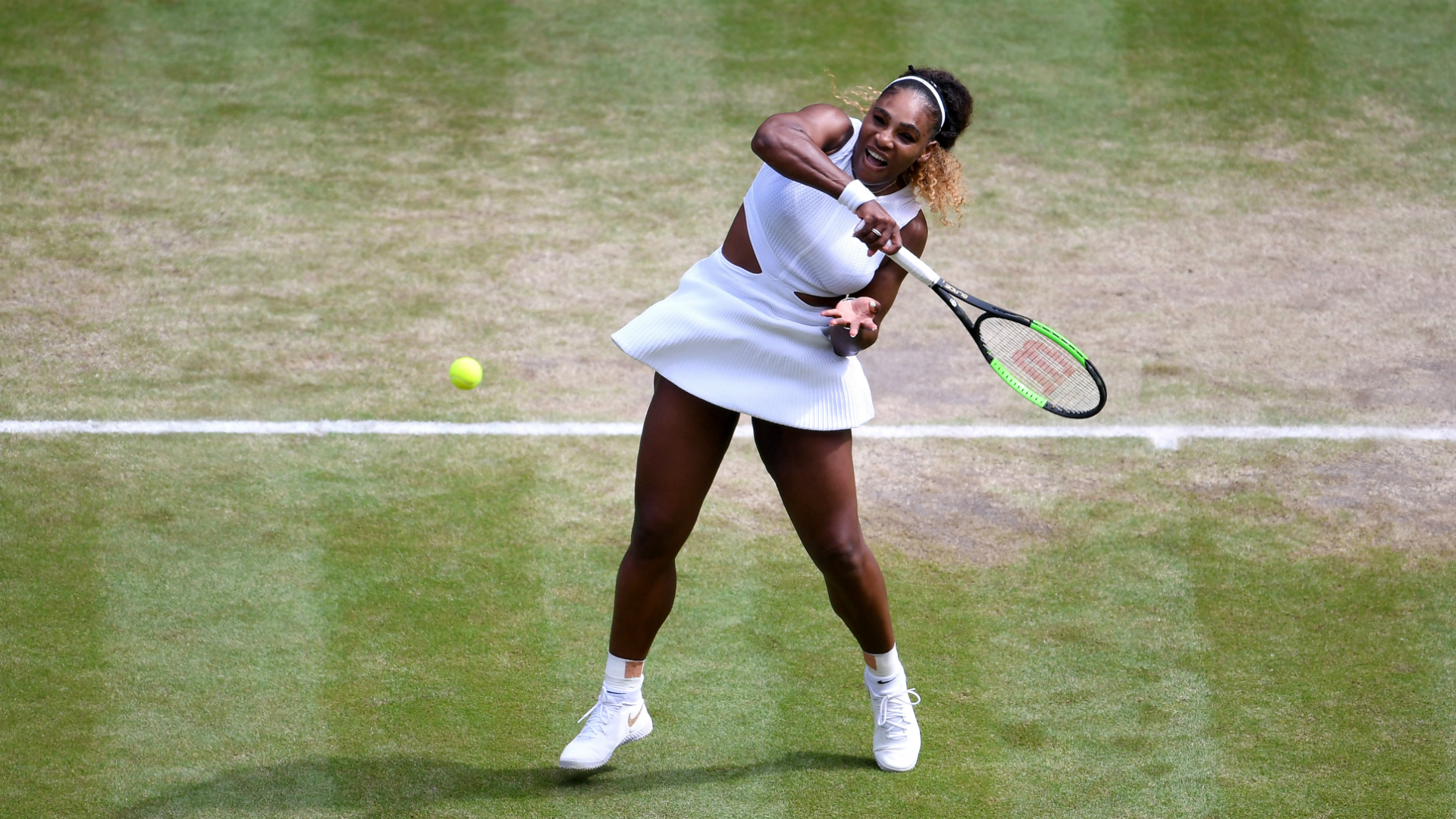 Serena Williams powered through to an 11th Wimbledon final and to the brink of history as she swept aside Barbora Strycova on Centre Court.

The American, at the age of 37, handed a thumping 6-1 6-2 lesson to Czech Strycova, whose first singles semi-final at a grand slam proved distinctly one-sided.

Victory for Williams sets up a shot at a record-equalling 24th grand slam title, with Romanian Simona Halep the player standing in her way of matching Australian Margaret Court’s all-time tally in Saturday’s final.

Williams, hunting an eighth Wimbledon crown, said: “It definitely feels good to be back in the final.”

Strycova was making her own history, at 33 becoming the oldest first-time women’s singles semi-finalist in an open era grand slam.

But her pre-match mention of having nothing to fear invited the suspicion that she thought it was a different Serena Williams on the other side of the net; not the women who had beaten her in three previous grand slam matches without dropping a set.

And rather than having nothing to lose, as Strycova ventured, this was unquestionably the greatest opportunity of her career.

Privately, she would surely have acknowledged that, and perhaps feared her crafty game would be picked apart.

Talking about combating Williams, and turning an all-to-gain mentality into points on the board, has always been different to the harsh reality.

And after finding her feel for the contest, Williams broke in the fourth game, creaming a crosscourt forehand past Strycova at the net.

Williams then held serve to love in a flash, helped by a pair of aces, broke again after setting up the chance with a fizzing backhand down the line, and took the opening set with a perfect drop volley followed by an ace out wide.

Breaks in the fifth and seventh games of the second set confirmed the gulf between this unlikely semi-final pairing, with Williams sealing victory when Strycova could only poke a serve back over the net and watch it returned with interest into an empty court.

.@serenawilliams is back! Playing mixed doubles seems to have helped her superb timing and movement. What a beautiful, rhythmic serve! Looking forward to a great final with @Simona_Halep. #Wimbledon

Williams won her 23rd grand slam title in Australia two and a half years ago, since when she has married and become a mother.

The wait for the 24th slam has included defeats in the Wimbledon and US Open finals last year, and now Halep awaits her in another All England Club final.

It has a similar feel to last year’s title match, when German left-hander Angelique Kerber was written off by many yet beat Williams with some comfort.

Halep brushed aside Elina Svitolina 6-1 6-3 earlier in the day, and Williams said: “She’s tough. She played unbelievable today. We’ve played on grass before and we’ve always had good matches. I look forward to it.”