Serena Williams is stamping her authority on Wimbledon this year, as Andy Murray and Alison Riske discovered in Tuesday’s action. 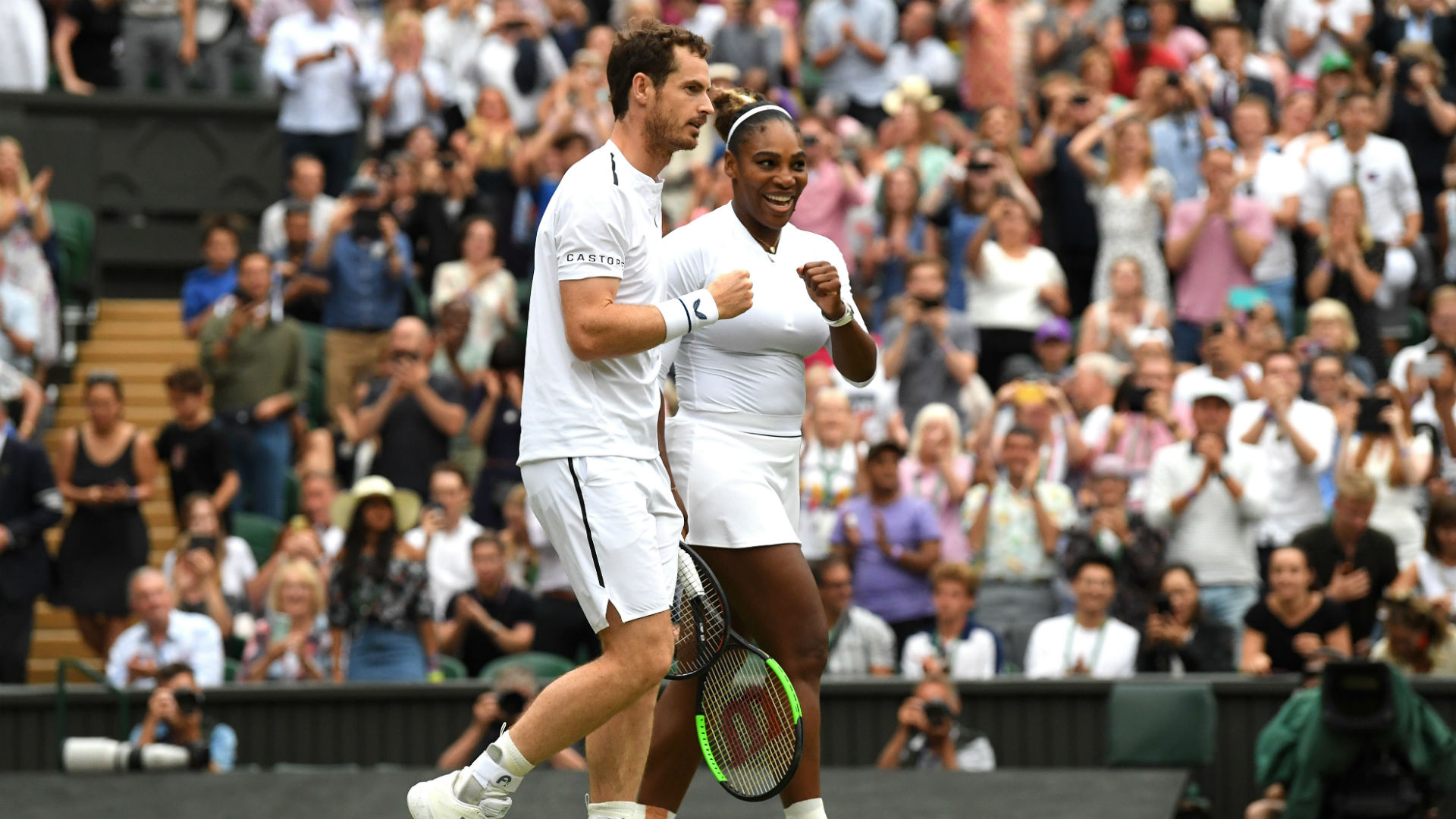 Andy Murray declared Serena Williams to be “the boss” after Alison Riske discovered the legendary American can still call the shots at Wimbledon.

Williams beat Riske 6-4 4-6 6-3 to reach the singles semi-finals on Tuesday, then returned to Centre Court to team up with Murray for a mixed doubles win over Fabrice Martin and Raquel Atawo.

The legendary Williams has christened their dream team ‘Murena’ and Murray is in no mood to argue with her despite being at his home grand slam.

Riske was not giving any secrets away over her father’s career after her exit, while Henri Leconte put on a show on the outside courts.

Catch up on the action with the daily diary from the All England Club.

As ever, expect the unexpected in the invitation doubles #Wimbledon pic.twitter.com/89u9v6Sf6T

MURENA IT IS – SERENA IN CHARGE

Williams and Murray had an expectant crowd on the edge of their seats as they teamed up for a 7-5 6-3 win in the second round.

There has been plenty of talk over what the star duo should be called, but Murray says his playing partner has the final say.

“I think Serena is the boss so whatever she says goes!” Murray said.

Williams added: “I am having a blast. Obviously it has been great atmosphere playing out there with Andy, so it is great.”

Riske has expressed herself brilliantly on and off court in her best run at a major.

It was very much a case of mum’s the word when asked about her father’s role as a former secret service agent and FBI investigator following her battle with Williams.

“My dad was on president detail with [Bill] Clinton, he was with [George] Bush Sr. He did that for quite a while. He was also with actually [Ronald] Reagan for a very short period of time,” said the American.

“Honestly, my dad didn’t share too many stories – he wasn’t allowed to. I don’t think I would share them now either, to be honest. His humour is a little off colour. I would probably feel better keeping them to myself.”

Charismatic Frenchman Leconte took centre stage on the outside courts before the serious action got under way.

The 56-year-old handed the chair umpire his racket to partner Patrick McEnroe and climbed up to officiate rather than do battle with Jacco Eltingh and Paul Haarhuis.

Leconte commentated on the encounter behind the microphone for richly entertained spectators on No.3 Court, offering words of advice for the umpire and also dishing out a warning.

The official took a tumble stretching for a winner, earning praise from Leconte as both starred in their alternative roles.

LUCKY 13: HISTORY MADE IN DOUBLES MARATHON

History was made at SW19 when Henri Kontinen and John Peers went down as the first winners of a final-set tie-break.

There was nothing to choose in a men’s doubles clash between the eighth seeds and Rajeev Ram and Joe Salisbury that went the distance.