Belgian wild card Zizou Bergs nearly created one of the biggest upsets of 2020 against 17th-ranked Karen Khachanov in Antwerp on Thursday. Despite the loss, the flashy character is inspired to earn more shots at playing on tennis’ big stages. 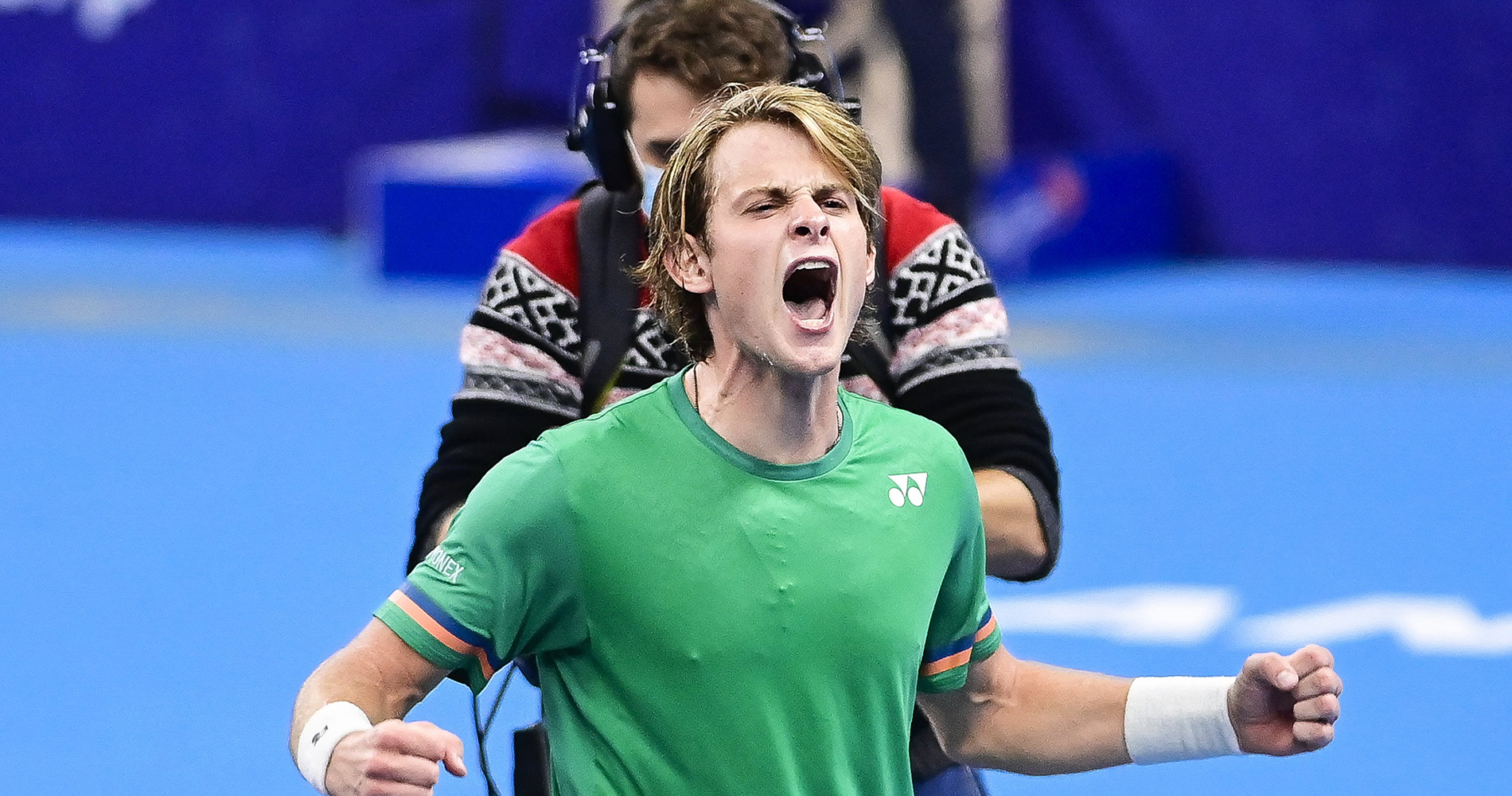 Having only played six challenger matches over the course of his career, there weren’t many expectations for Belgium’s Zizou Bergs as the world No 528 took his place in this week’s European Open draw, via wild card. The 21-year-old had only gained entry into the draw due to Ruben Bemelman’s withdrawal due a positive Covid-19 test, but once Bergs took the court, there was an air about him.

He stunned Spain’s Albert Ramos-Vinolas, the world No 45, 7-5, 7-5, in his first ever match against a player ranked inside the top 50. Afterwards, he didn’t hesitate to show his excitement.

On Thursday the Lommel, Belgium native, who cites Andy Roddick as one of his biggest tennis heroes, nearly pulled another shocker as he pushed world No 17 Karen Khachanov deep into a third set before finally falling 5-7, 6-4, 6-4 in two hours and 22 minutes.

It was an entertaining tussle in which Bergs exhibited more of his show-stopping talent – and panache.

Though he hasn’t made his mark on the ATP tour yet, Zizou has formed an instant connection with fans in Antwerp. They were chanting his name throughout the third set of his battle with Khachanov and continued to serenade him even after the match had finished.

“I love to play for my home country,” he said. “Even when I’m supporting teams or individuals I’m really loud, because it just gives me goosebumps. To have those emotions in the match is just incredible, I think the crowd enjoys it, too. The people around me enjoy it, it’s just sort of situations I dream of, and sometimes it was even the best case scenario, as it was two days ago, where I could take the match and show Belgium and some parts of the world what it is that I feel, it’s just amazing.”

Zizou says that the experience will give him a lot of energy to continue working on his game in the next few months. He’s targeting his mental game more than anything else, and he feels he can make big progress in that aspect of his tennis.

“What did I learn? I learned that the game, I can play,” he said. “That I can play the matches, first of all, on the big stage. I wouldn’t say [there is] pressure but a lot of excitement – the crowd, it’s unbelievable.  I think that for the future it definitely is going to help. It might be a nice start again to regroup and to get better and better and to start to bring results as well in lower tournaments.

“So I think, I have to build from that. I know and I knew that I have this game, it’s just a matter of a mental way to bring it day in and day out, week in and week out.”

Zizou believes that he could be at a turning point in his career. He feels that he is ready to start pushing up the rankings, using his Antwerp experience as a stepping-off point.

“It is an enormous boost,” he said of his week in Antwerp. “I knew I could do it. Because when I started I was really confident and I just really hoped I could bring it in the matches, and for sure beating a top 50 player, [Albert] Ramos-Vinolas, and pushing Khachanov to a really tight match, which I had opportunities, is a great boost.

“I will keep building. As I said next week we go for it again, make the necessary steps on the tennis aspect, on the mental aspect and third on the emotions.”