Every day, Tennis Majors takes you back in time to relive a tennis event which happened on this specific day. On this day, August 21, 2004, Justine Henin became the Olympic champion. 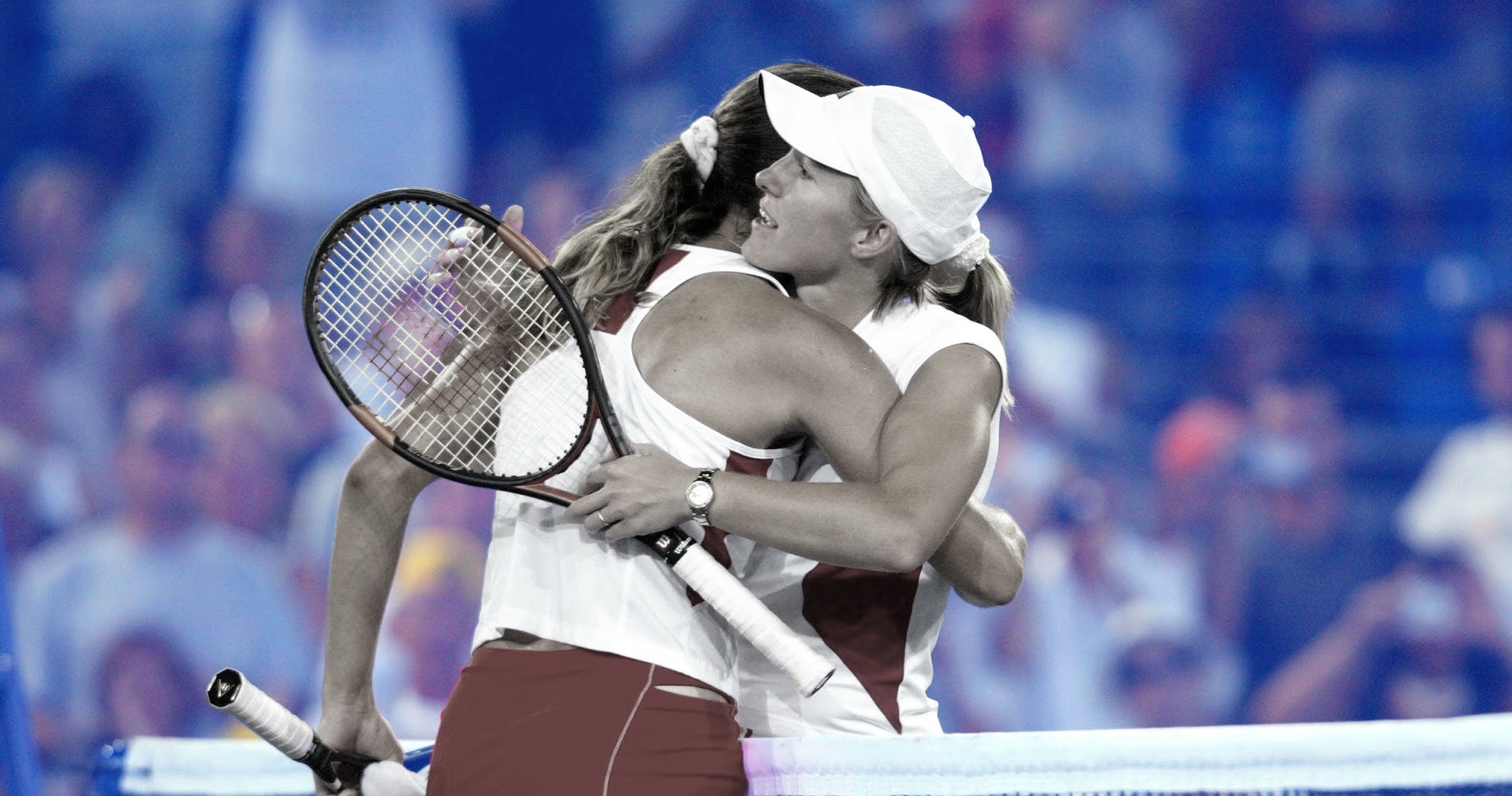 On this day, August 21, 2004, world No 1 Justine Henin defeated world No 2 Amélie Mauresmo in the final of the Olympic tournament in Athens (6-3, 6-3). Winning the gold medal was a near-miracle for the Belgian, as after her triumph at the Australian Open, she had been sick with a strain of cytomegalovirus and an immune system problem and thus, she had been kept away from practising for three months. On top of that, in the Olympic semifinal, she had been down 5-1 in the final set against Anastasia Myskina, before eventually edging the last Roland-Garros champion, 7-5, 5-7, 8-6.

Justine Henin, born in 1982, had been one of the most dominant players since 2003. After a few years of performing well without ever winning a major event, she hired Pat Etcheberry as a fitness coach at the end of 2002. The hard work she put in paid off the following year, in 2003, when she prevailed at Roland-Garros as well as the US Open, each time defeating her rival Kim Clijsters in straight sets. Her game based on variations not only amazed tennis fans – especially her wonderful one-handed backhand, a very uncommon feature in modern women’s tennis – but also made her one of the best clay-court players of her time.

World No 1 for the first time on October 20, 2003, Henin had already held that spot for a total of 42 weeks. In 2004, she triumphed at the Australian Open, beating fellow Belgian Clijsters for the third time in a major final (6-3, 4-6, 6-3). Despite having reached the final in 2001 (defeated by Venus Williams, 6-1, 3-6, 6-0), Wimbledon remained the only Grand Slam title missing from her achievements. She had also won the 2001 Fed Cup under the Belgian flag, putting her rivalry with Clijsters aside. In 2004, after her success in Melbourne Park, she claimed the Indian Wells title, but then she was diagnosed with an immune disease in early April. Henin tried to defend her title in Paris, but, weakened by the virus, she lost in the second round to world No 86 Tatiana Garbin (7-5, 6-4) and decided to skip Wimbledon.

Amélie Mauresmo was born in 1979. She made herself famous in 1999, when, ranked No 29, she reached the final at the Australian Open, defeating world No 1 Lindsay Davenport in the semi-final (4-6, 7-5, 7-5) before losing to Martina Hingis (6-2, 6-3). That year, she also entered the top 10 for the first time and claimed her first title in Bratislava. She confirmed her talent in 2001, lifting four trophies on the WTA Tour and going as far as the quarter-finals at the US Open (lost to Jennifer Capriati, 6-3, 6-4). Between the start of 2002 and the beginning of the 2004 Olympic Games, displaying an aggressive game based on a good serve and a solid one-handed backhand, Mauresmo claimed seven titles (including four “Tier I”, the most important non-major tournaments), and she reached three Grand Slam semi-finals, as well as five quarter-finals, but she had still not made a major final. Her lack of success in Grand Slam events saw her criticised for her alleged mental weakness, but she was only 25 and her potential was still praised.

At the 2004 Olympics in Athens, the tennis event took place on hard courts, at the Olympic Tennis Centre, which housed 10 courts. For the first time, the Olympic tournament allocated ATP and WTA ranking points to the players, hoping to attract the top players, without much success. Despite the presence of world No 1, Roger Federer, and world No 2, Andy Roddick, many stars were missing from the men’s draw: Guillermo Coria (No 3), Andre Agassi (No 6), Lleyton Hewitt (No 8), David Nalbandian (No 9) and Gastón Gaudio (No 10). In the women’s draw, former world No 1 Serena Williams had withdrawn at the last moment, and Clijsters had decided not to participate because of a sponsor issue. In total, 172 players competed in four events.

Henin’s participation at the 2004 Olympics Games in Athens was already a surprise. Weakened by an immune disease diagnosed in April, the world No 1 had been a shadow of herself at Roland-Garros, and she had skipped Wimbledon. Unsure about the Olympics, she eventually decided to go: “At a certain (point) I thought, the Olympic Games are not going to be for me this time. But then I decided to go because it was an experience you maybe live once, twice, in your career. I said I’m going to go and in Athens, it’s going to be so special to be back where the history of the Olympic Games is,” she would reflect, years later on the ITF website.

Somehow, the Belgian played at a very good level and cruised into the semi-finals without dropping a set. In the semi-finals, she survived an incredible thriller against Myskina, from Russia; after she served for the match in the second set, Henin found herself down 5-1 in the decider, but she managed to come back and she eventually won 7-5, 5-7, 8-6 to secure her spot in the final.

Mauresmo’s presence in the last round of the Olympic event was not as surprising. The No 2 seed had just triumphed at the Montreal Tier I, defeating Elena Likhovsteva in the final, 6-1, 6-0, and in Athens, she was only challenged by Svetlana Kuznetsova in the quarter-finals (7-6, 4-6, 6-2). Yet Henin would later explain how confident she felt about the final, quoted by proximus.be: “After what happened in the semi-final, I felt like nothing could happen to me anymore. I was sure I was going to win that match.”

Her gut feeling proved to be right; in only one hour and 18 minutes, she dismissed Mauresmo 6-3, 6-3, without even facing a break point. The Belgian put constant pressure on Mauresmo’s backhand, while the Frenchwoman, once again betrayed by her nerves, struggled with her first serve. Henin could enjoy her triumph after a three tough months; she had become the second Belgian woman in sports history to obtain an Olympic gold medal.

Henin’s triumph at the 2004 Olympics would remain one of the best memories from her hugely successful career, during which she claimed no fewer than seven Grand Slam titles. She would tell the ITF: “When I went to the Olympic Games I never thought I would be so proud of the medal and I think today there is my first French Open and right behind it is the Olympic gold medal in my memories. Just the experience was so fun and the fact that for me, I was coming from nowhere. Two or three months before the Olympic Games I couldn’t practise for an hour and a half, and there it was just like magical, something happened that is very hard to describe.”

Mauresmo would become a controversial world No 1 a few weeks after the Olympic final – having still not won a major – but in 2006, she would finally overcome her issues on the biggest stages and win two Grand Slam crowns just a few months apart, at the Australian Open and Wimbledon.