Barty, Osaka, Halep and more: Breaking down the women’s draw in Madrid

Last year, it took place virtually but this year the Mutua Madrid Open is back and there are plenty of fascinating narratives to follow. We break down some of the most intriguing elements of the upcoming tournament 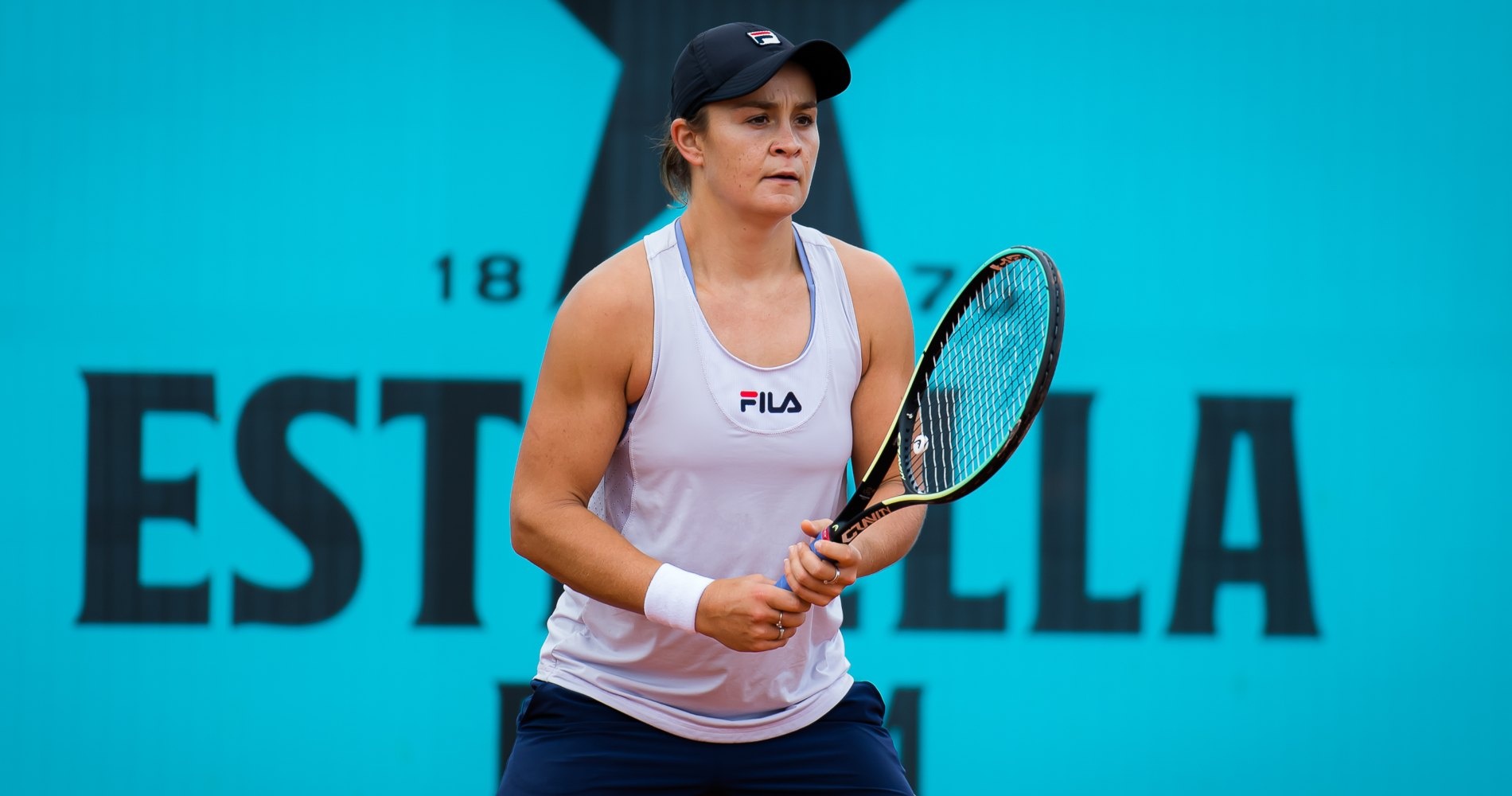 It promises to be a thrilling fortnight at the Mutua Madrid Open, returning after its imposed hiatus – with the world’s best three female players all vying for the title. There may be no Serena Williams in Spain – she is a two-time champion there – but there are plenty of other stars to watch.

Is this the era of Ash Barty?

That was the question asked of world No 1 Ash Barty on her way to lifting the trophy at the Porsche Tennis Grand Prix in Stuttgart last week. She had a succinct response.

“Not by any means, mate. I’m just trying to be the best version of myself. I certainly don’t feel by any means it’s an era of…er, me.”

When she beat Aryna Sabalenka in Sunday’s final, she clocked up her 10th successive victory against a player ranked in the top 10 – a run that now extends back into 2019. It’s some way to prove to the critics that she deserves the top spot in the rankings.

Despite a year off enforced by the coronavirus pandemic, Barty has returned to court very brightly. She has played Madrid twice before – reaching the quarter-finals in 2019, when she was ranked ninth in the world, and losing to then-world No 2 Caroline Wozniacki in the 2018 round of 32.

The Australian begins in Madrid against American Shelby Rogers, with a qualifier in store in the second round. She is, however, on course to meet Roland-Garros champion Iga Swiatek in the third round.

How good is Naomi Osaka on clay?

Fans may see a much-improved Naomi Osaka on clay this year. She is now working with fitness coach Yutaka Nakamura, the man who turned Maria Sharapova from a “cow on ice” in 2007 to a two-time French Open champion in 2012 and 2014. Osaka is a powerful threat on hard courts, with Slam titles in Melbourne and New York, and all her WTA titles and finals coming on that surface. On clay, however, it has been a different story; her best performance in Paris has been reaching the third round on three occasions.

Seeded second, Osaka has actually only played Madrid three times before. In 2019, as world No 1 and top seed, she made the quarter-final, beating Dominika Cibulkova, Sara Sorribes Tormo and Aliaksandra Sasnovich before playing Belinda Bencic, ranked 18th in the world at that point. The Swiss emerged triumphant 3-6, 6-2, 7-5.

The year before, however, she lost her first match in the tournament to Zhang Shuai of China 6-1, 7-5. Osaka was ranked 21st in the world then, with Zhang ranked seven spots lower.

And in 2016, Osaka retired in the second round of qualifying, while a set down to Alison Riske of the USA.

She begins this time round against qualifier Misaki Doi, with the prospect of either Karolina Muchova or Wang Qiang in the round of 32.

What next for Johanna Konta?

Britain’s No 1 has had massive injury struggles in recent years, and currently sits 18th in the world rankings after once rising as high as No 4. She was forced to withdraw from the first round of the Australian Open in February against qualifier Kaja Juvan, and her last match on clay was a straight-sets defeat to Coco Gauff at Roland-Garros in September.

Konta had been looking as if she was making huge progress on clay back in 2019, when she reached the semi-finals of Roland-Garros for the first time, dismissing seeds Sloane Stephens and Donna Vekic en route.

That came just after reaching the final of the Internazionali BNL d’Italia in Rome, and the final of the Grand Prix de Sar La Princesses Lalla Meryem in Rabat. A run in Madrid could do her the world of good.

She is seeded 15th, and opens up against Yulia Putintseva. If she reaches the round of 32, she will face a qualifier. The draw is surely a kind one.

The 29-year-old Dutchwoman has been in sensational form on clay in recent years, with some of her strongest performances coming in Madrid. She is the most recent on-court women’s champion there, crushing Simona Halep 6-4, 6-4 in 2019, bouncing back from a disappointment the year before when Petra Kvitova lifted the trophy at her expense, 7-6(6), 4-6, 6-3. In fact, nine of her career singles finals have come on clay, and she has won two-thirds of those.

Her recent results have not been impressive, with a string of first-round defeats, perhaps not a surprise as she builds strength after Achilles surgery at the end of 2019. The last time she put a decent run together was on the terre battue of Paris back in the autumn, when she reached the round of 16 before falling to qualifier Martina Trevisan 6-4, 6-4.

She begins her campaign in Spain against 15-year-old Victoria Jimenez Kasintseva of Andorra, last year’s Australian Open junior champion. It could prove a tricky one.

What chance does Simona Halep have of continuing her fine record in Madrid?

She faces Sorribes Tormo in the first round, with Zheng Saisai or Magda Linette lying in wait in the second round.