Tennis Majors > Laver Cup > Federer: “Eventually I’m going to be back on the tennis court, but it’s going to take me a few more months”

In an interview with Jim Courier, Roger Federer discussed his long road to recovery after knee surgery and his passion for the future of Laver Cup. 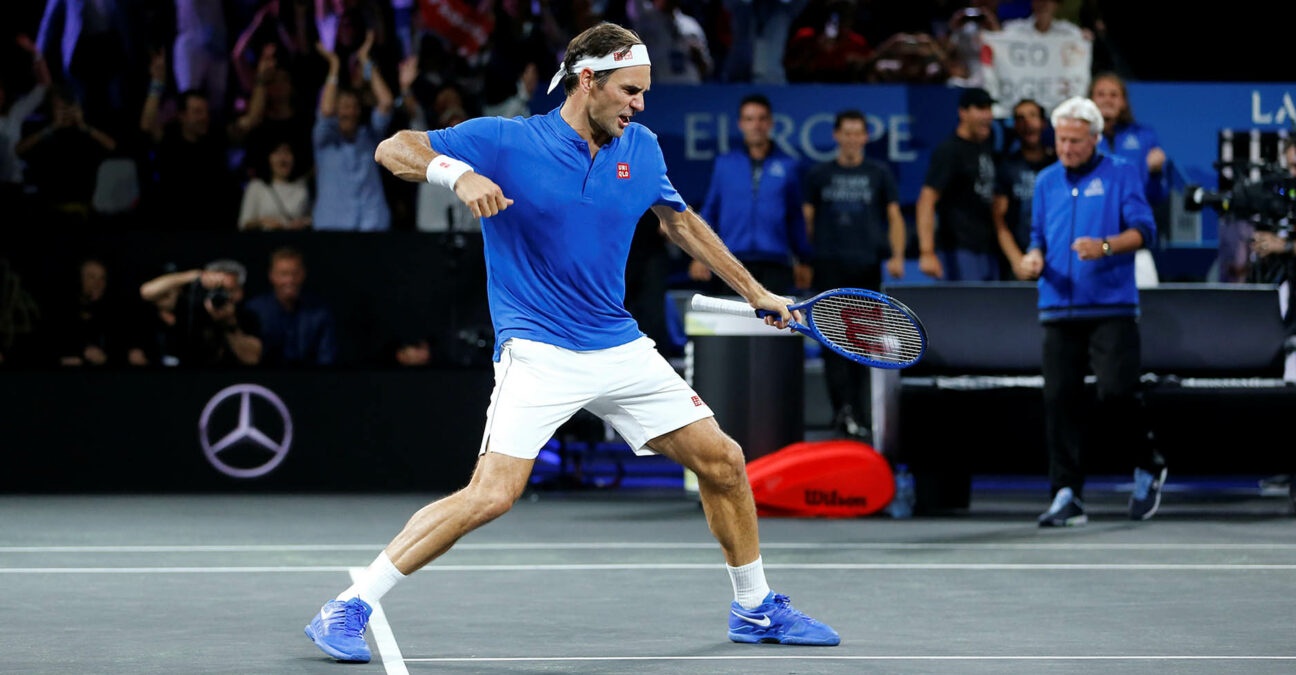 Roger Federer has spent the weekend in Boston, enjoying the Laver Cup, an event he once dreamed up “in Shanghai on a car trip with Tony.” Federer, referring to Tony Godsick, his longtime agent and business partner at Team8, his management company, continued to reflect on the status of Laver Cup, now in its fourth edition and still getting rave reviews from fans even without Federer, Rafael Nadal or Novak Djokovic in the lineup in 2021. 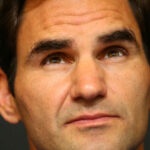 As he rehabs from his third knee surgery in less than two years, toting a pair of crutches to ensure he doesn’t put too much weight on the knee, the 20-time major champion is in good spirits. He told Jim Courier during an interview on Saturday that he wasn’t sure he was going to come to Boston, but is extremely glad that he did.

“I wasn’t sure if I was going to make it, and then we thought we’d keep it real nice and quiet that I’m coming,” he said. “Everybody is so upbeat that I’m here – they wish me all the best, they don’t even see the crutches, they just want me to be good again and enjoy the weekend. I saw some incredible tennis, some great matches and it’s been wonderful.”

Federer’s knee: “We’ll see how things are at some point next year”

Federer talked to Courier about the status of his right knee after a third surgery in less than two years. He stressed the importance of patience and didn’t seem at all in a hurry to find his way back to the pro tour.

“It was a tough process to take that decision just because I’ve had already a couple of knee surgeries last year, and I was really unhappy with how things went at Wimbledon, I was nowhere near where I wanted to be at the top level, but I tried my best and at the end at some point too much is too much,” he said.

“So now I just have to take it step by step I have to first walk again properly, run properly, then do the side steps, all the agility work, and then eventually I’m going to be back on the tennis court, but it’s going to take me a few more months and then we’ll see how things are at some point next year but I have to take my time.

“I don’t want to rush into anything at this point – this is also for my life I want to make sure I can do everything I want to do later on and there’s no rush with anything. I’m actually in a really good place, the worst is behind me.”

Crowds have been incredible at Laver Cup

Federer has taken active interest in Laver Cup, mingling with both teams after matches and sitting courtside for every match, where he receives booming applause each time he is shown on the giant scoreboard at TD Garden. He says he is impressed both by the fans and the level of play at the competition.

“The crowds have been incredible, both teams are stacked with absolute quality and top players, that’s what the idea behind it was, that everybody could come together, have an incredible weekend, learn from one another and then hopefully that’s going to inspire them, get them motivated for the rest of the year and also for next year and hopefully they want to qualify again because it’s really difficult,” he said.

The Swiss says that Laver Cup, which has now been played in Prague, Chicago, Geneva and Boston, needs to continue to pick cities that are passionate about tennis.

“Now I just have to take it step by step I have to first walk again properly, run properly, then do the side steps, all the agility work, and then eventually I’m going to be back on the tennis court, but it’s going to take me a few more months.”

“The key is the venues that we are going to pick in the future,” he said. “It’s going to be in London at the O2 Arena, next year, so I think that’s going to be a lot of fun, we know they love their tennis over there.”

Federer looked back on the humble beginnings of Laver Cup, when he and Godsick imagined a different type of tennis event that both capitalizes on the cachet of elite modern players, but also marries them with the game’s brilliant legacy. Hence the name – Laver Cup, named after the great Aussie legend, Rod Laver – and the first two captains, legends Bjorn Borg and John McEnroe.

“I couldn’t be more happy because it started with an idea over in Shanghai on a car trip with Tony, and we tried to build something that hopefully would make a big impression on the game and just try something a bit different and I think so far it works very, very well,” Federer said.

Federer as a Laver Cup captain? He’s open to it

Federer’s primary concern is to try to play the event at London next season, but somewhere down the road, he may want to try his hand as captain. Here is his take on that possibility:

“It’s a weekend or a week where you want to come to,” he says. “Then in which role, we’ll have to see, but I think a captain sounds very exciting or a vice-captain for that matter, I was just thinking being close to the team has been very nice. Even this week I’ve been going to see both teams literally after every game, wishing them well, telling them how great it is to have them here. Yes, if I can be a captain or a vice-captain, that would be great.

“We’ll see what happens with John and Bjorn, but we love having them as captains, and I’m very happy if they stay longer – so far, so good – and if then I can be used as a captain, we’ll see, it’s not only my choice.”