Home > Our features > Analysis > Analysis: What we learned from Vasek Pospisil about the PTPA

Analysis: What we learned from Vasek Pospisil about the PTPA

Together with Novak Djokovic, Vasek Pospisil is the brains behind the formation of the PTPA, which was created at this year’s US Open. In an exclusive interview with Simon Cambers, he discusses the burning issues it raises. Here’s what we learned. 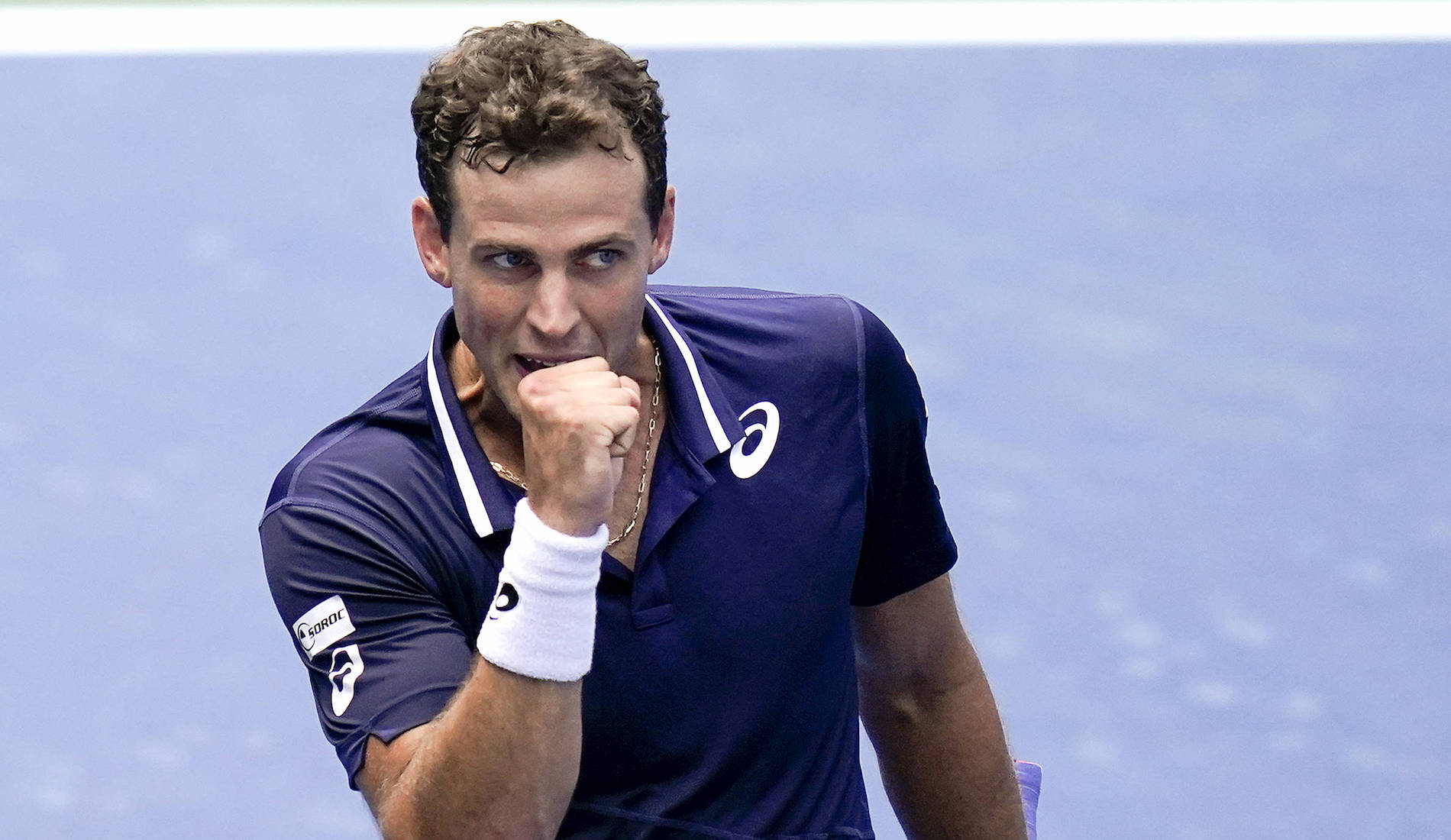 “The main reason is just an ongoing, 30-year struggle that the players have, that we have a lack of representation,” Pospisil said. “We’re not a unified voice, we can’t impact any decisions that affect our livelihoods and our lives. The issue is the structure of the ATP. It’s just something the players have wanted and needed for over 30 years. Other sports have it, tennis doesn’t. It just felt like, OK, let’s do it now.”

Analysis: This, as Pospisil points out, is nothing new; players have been talking for many years about the relative impasse created by the structure of the ATP. The ATP Council instructs the three ATP Board player reps with their wishes, but because there are three ATP Tournament reps, it’s invariably a 3-3 split when it comes to the big issues. The chairman or president has the casting vote but traditionally, he abstains, hence the impasse.

“It kind of, in some ways, just replaces our (ATP Player) Council and our Board reps,” he said.

Analysis: Novak Djokovic, Pospisil and others resigned their seats on the ATP Player Council as the PTPA was being formalised and those seats will be replaced soon. But in time, Pospisil believes there will need to be restructuring within the ATP. His point about the structure is a fair one – having three on three is never a good idea, and in general, the tournaments all stick together because it’s about self-interest. 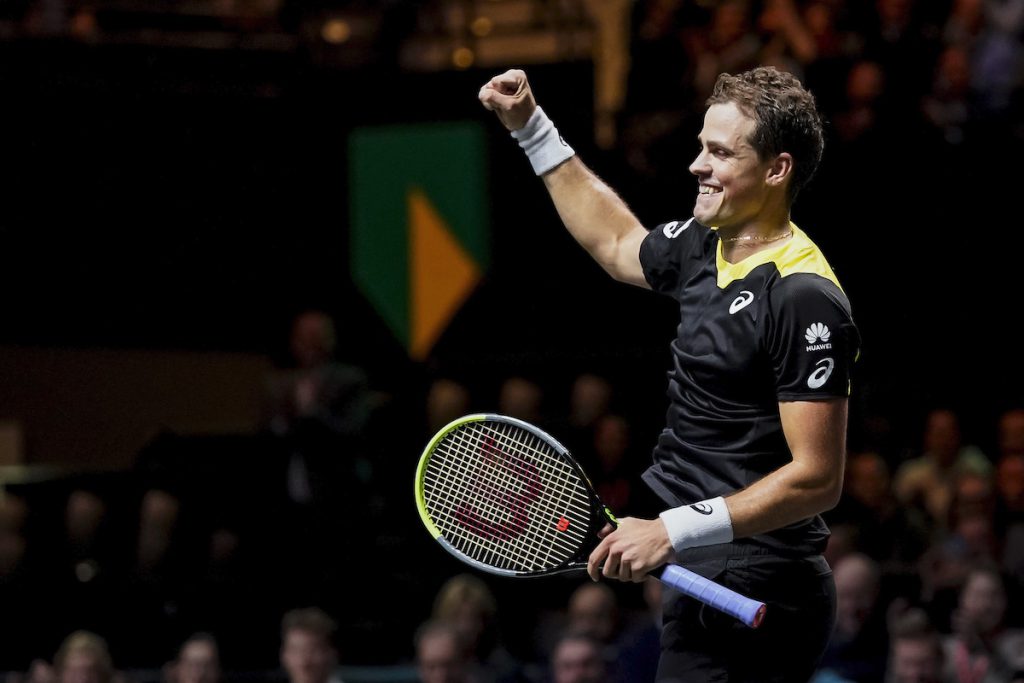 The players want to see the figures

“I’m talking about being treated as business partners. Right now, that’s not the case. We should be able to come to the table with players and tournaments and leave that discussion where both sides have felt like they have some compromises and everyone’s happy. That’s how it should be done, because we obviously bring a tremendous amount of value to the tournaments, bring a tremendous amount of value… They’re running the show and we are the show. It’s not a union – but being unified is what ultimately gives that leverage where at least in some way we can have these business discussions as partners and not just like, OK, here you go, guys, just take whatever we do, these are our decisions, whether you like them or not. That’s the main thing. What we want is to build a real professional team of businessmen, so we can have access to the numbers, to the financials of these events, which we don’t have. We don’t even really know right now, we’re so in the dark, in terms of finances. And there are other issues; player calendar, pension, insurance, these are all things that tennis is inferior to other sports. So there are tons of things that need to be revisited and discussed. That’s why we are where we are today and why the PTPA was born.”

Analysis: When I spoke to Pospisil at Wimbledon in 2019, he said the Masters 1000 events had agreed to show the players their financial books. It didn’t happen and it’s an ongoing gripe of the players that they are really guessing about what percentage of tournament revenue they’re receiving, in terms of prize money. Tournaments are obviously guarded, they will always want to keep their cards close to their chest, but this kind of information should be transparent.

The PTPA Board will look different to that of the ATP

“It will basically be a Board structure, seven to nine trustees. I think we really need guys from outside of tennis. Obviously within the ATP, the conflicts of interests are just crazy, so that’s one thing we’re going to avoid. We’re going to try to structure it a little more professionally than we’re currently a part of in the ATP, in the way the Board operates, so no conflict of interest, that will be a big thing, and guys from outside of tennis that know their (stuff).”

Analysis: The conflicts of interest inside the ATP, with numerous players, tournament directors and officials having fingers in all too many pies, is one of the big criticisms of the Tour. Down the line, that has to change. How it does remains to be seen.

The PTPA will soon be updated to include the leading women

“I think it’s clear based on the movement that we did last year, that we view the women’s side as equals and we appreciate the value they bring, because we did it with them,” Pospisil said, referring to his bringing in law firm Norton Rose to act as protection for the players in January 2019. “We have the same law firm, the same leaders, myself and Novak, there’s no reason why we should suddenly change our minds there in a 12-month period, we suddenly don’t value women’s tennis or feel like they shouldn’t be on board.”

Analysis: Hindsight’s a wonderful thing and the image of the photo of men was far from ideal, with the likes of Andy Murray saying he would be more inclined to sign up if the women were included. Pospisil says the women were consulted and it was merely a timing and logistical thing, and that we should expect some news on the women signing up in the next week. If the women do sign up, and are equal partners, and we don’t hear any talk about equal prize money from some of the men, then they might be on to something. Together, the men and women will be far, far stronger.

The PTPA would like to co-exist within the ATP

“The Tour can run the way it is running right now but within the ATP we have no protection and if we have our own association we’ll have protection,” he said. “Maybe something will have to be restructured on paper, but the actual functionality of the Tour should not change whatsoever, in terms of the events, the same events running the way they’re running now. I think just the negotiations would be very different. I’m also not naïve, if you fast-forward six, 12 months, 24 months, whatever, suddenly things could look very different. And if they do, that just means that the ATP hadn’t done a good job, because if we’re having better opportunities that they’re throwing at us, then we’d be crazy not to take it. We’re not trying to do this and disrupt it. OK, what happens and what’s the secondary result is yet to be seen but in terms of the short term, it can absolutely co-exist.”

Analysis: In its statements shortly after the creation of the PTPA, the ATP said it feels the two bodies cannot co-exist. Pospisil disagrees, saying the players just need representation and protection within the existing system, though he admits if things don’t work out, that co-existence might be short-lived. Communication, as always, will be key here and a willingness to compromise is crucial. The ATP obviously feel threatened, which is not surprising. Both sides will need to see the bigger picture.

Striking is an option, but not the aim

“I think the idea is to show how organised and unified we are, so that the tournament side, when we go into negotiations and bring our negotiators…that the tournament side appreciates that we’re organised and then co-operate. There should never be a reason for there to be a strike. If there is, then it’s completely on the tournaments, because that would just that they’re either trying to call a bluff…kind of the way they’ve been operating in previous years, where we didn’t really have this structure to be able to do that. But once we get in the position where we are able to, I don’t expect we will ever have to, if we’re dealing with intelligent businessmen, which we are. I think we’ll have a negotiation, with very reasonable discussions and then that’s it, you make an agreement. Nothing drastic should happen. But the fact that we would be able to potentially boycott is what would potentially give us any kind of leverage in these discussions.”

Analysis: This, really, is what forming an association gives the players; leverage. If they say, ‘we’re not playing unless we get this, this and this’, it will take a brave tournament director to say, ‘OK, you go for it, we’ll do our own thing’. As Pospisil says, the key is unity, which means bringing the likes of Roger Federer and Rafael Nadal on board, if possible. 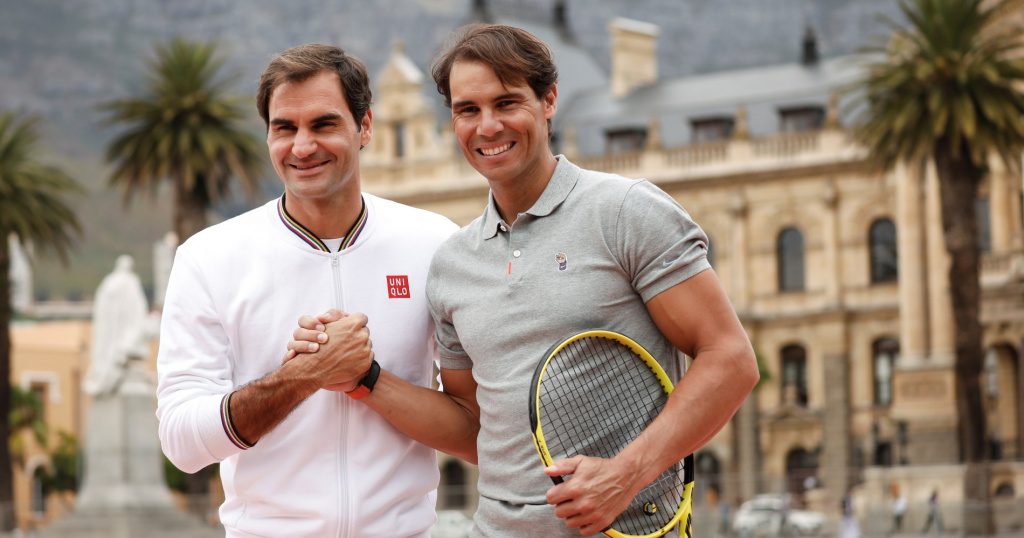 Pospisil has not spoken to Nadal or Federer yet, but would love to

“I’d love to try to speak to them. I think historically, Nadal is a super player and has been pretty vocal, so I’m optimistic that at least one of those two will join. But they’re also not the (whole) sport, they’re two players. And this is where they get almost too much credit for how big they are. Because what are two players (going) to do if 500 are unified and two aren’t? Obviously because they have so much power they can persuade some players that are not as strong-minded, they can influence certain players because of their star power. But honestly, the sport is much bigger than just a couple of names.”

Analysis: Federer and Nadal are icons of the sport and their influence is massive. If they’re not on board, it’s going to be hard to convince many top players to join them. Djokovic said he “reached out” to them before the announcement was made and it’s likely that at the French Open, or even in Rome, Djokovic may try to chat to Nadal, whom he sees as the more likely of the two to come on board.

One response to “Analysis: What we learned from Vasek Pospisil about the PTPA”