In a year that began with victory in Auckland, Serena Williams missed out on the US Open title and her 2020 campaign fizzled out with an injury at Roland-Garros. Here’s our review of her season. 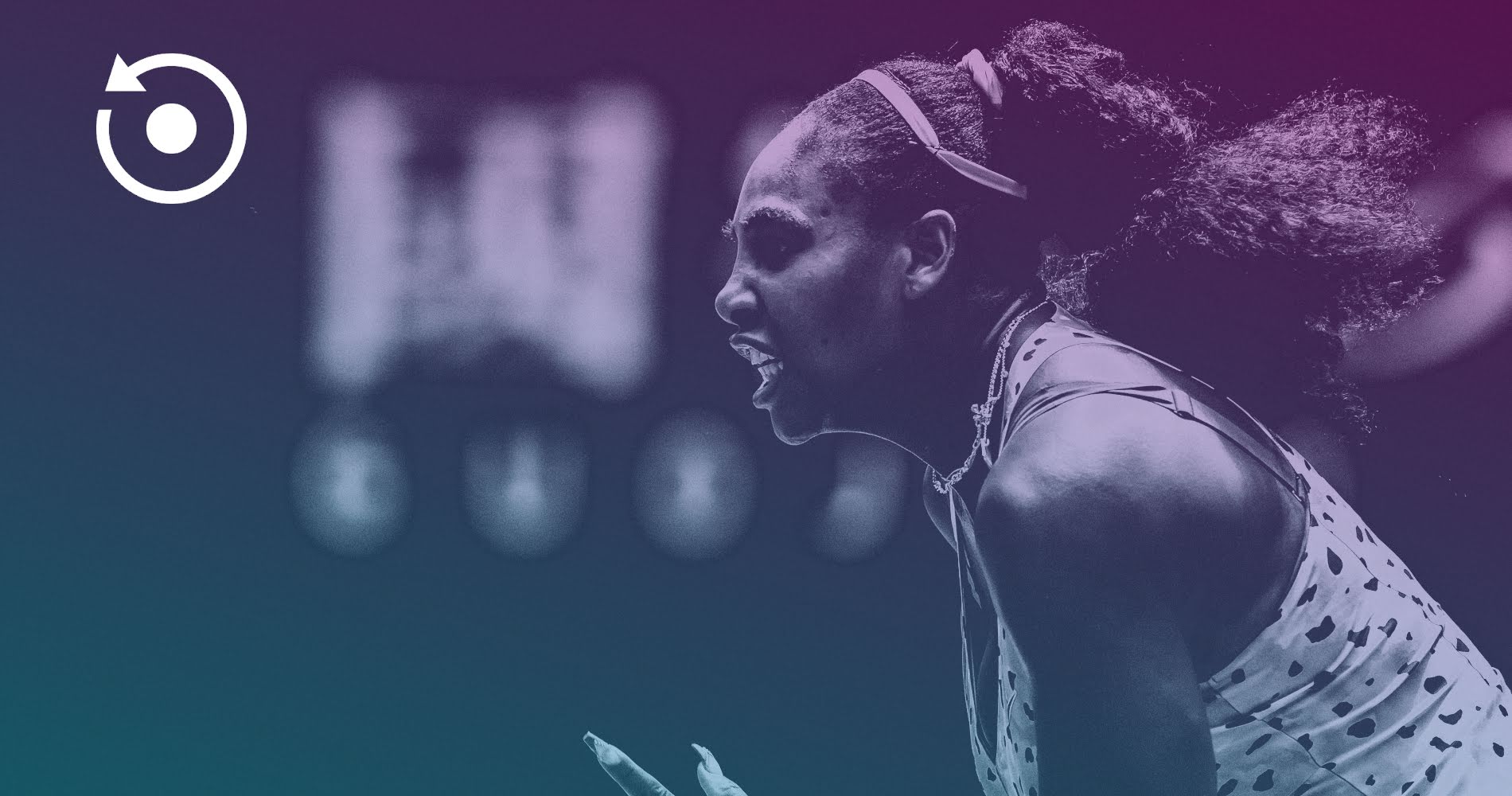 The chase for a record-tying 24th Grand Slam title continues for Serena Williams after an initially fruitful but eventually frustrating season. There were no major final appearances for Williams, and it did not help that Wimbledon was cancelled due to the coronavirus pandemic. Injuries continued to be a problem for the 39-year-old, as well.

Williams began the year in style, lifting the trophy in Auckland for her first title as a mother and her first since she captured her 23rd Grand Slam title at the Australian Open in 2017…while pregnant. Williams beat fellow Americans Amanda Anisimova and then Jessica Pegula to win the title in Auckland — the 73rd of her career. She also won the doubles title with her sister Venus, and then donated all her prize money to the Australian bushfires relief fund.

Chasing Grand Slam title No 24, Williams reached the semi-finals of the US Open — winning three consecutive three-set battles to make her way into the last four. That included comebacks from a set down against both Sloane Stephens (third round) and Tsvetana Pironkova (quarter-finals) in addition to a 6-3, 6-7(6), 6-3 defeat of Maria Sakkari in the fourth round. But after a brilliant first set in the semis, Williams was worn down by an inspired Victoria Azarenka.

Her 73rd career singles title in Auckland was the high point of Williams’ season, and it came in her very first event of 2020. Dating back to 2019, it was her fourth consecutive final appearance. And it must have been extra sweet because she lost her three previous finals during that stretch (to Simona Halep at Wimbledon and to Bianca Andreescu at both the Rogers Cup — via retirement — and the US Open). In Auckland, Williams rolled to the title while losing only one set to Christina McHale in the second round. All 10 sets won by Williams featured scorelines of no better than 6-4 for her opponent. 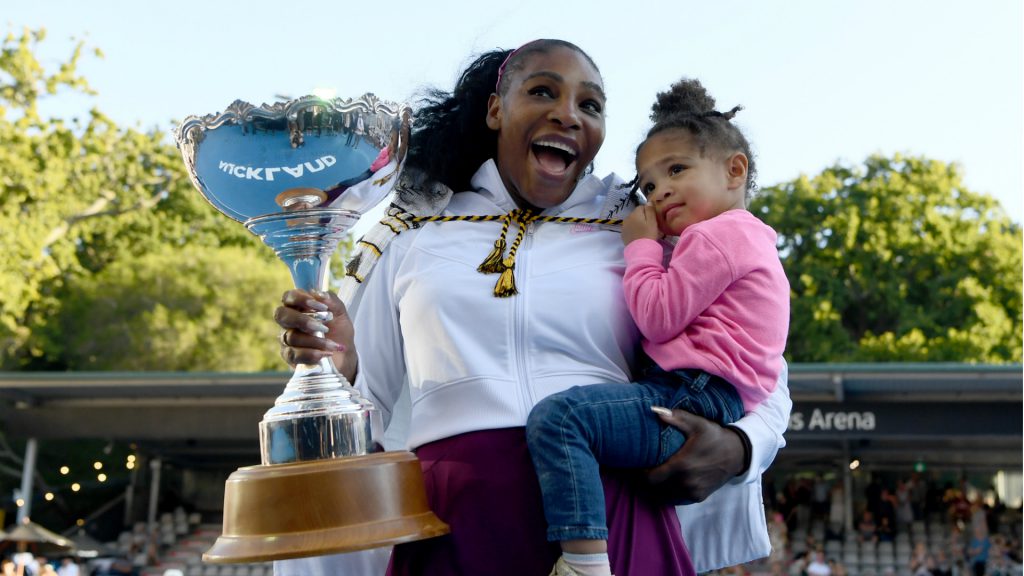 Low point: Pulling out at Roland-Garros

Being forced to withdraw due to injury before her second-round match at Roland-Garros, having never recovered from the Achilles issue that affected her toward the end of the US Open, must have been tough on Williams. The American had not won the French Open since 2015 and had not been to the final since 2016, so expectations were not super high. Still, she was well-rested (had not played since the US Open) and looked good in issuing a 6-0 bagel to Kristie Ahn during first-round action. Nonetheless, she pulled out of the tournament prior to facing Pironkova in the last 64.

In the media: Juggling jobs

Balancing motherhood and tennis is an ongoing challenge for Williams. She posted this during month two of the coronavirus hiatus.

Hide and seek with Olympia. I found a great hiding spot it. She will never find. And finally I can get some work done

Self-assessment: “It’s my job and I’m pretty good at it.”

Serena Williams is always pretty honest in defeat. When she lost at the US Open, she admitted she had not served as well as usual but also felt she had left it all out there.

“It’s obviously disappointing,” she said. “At the same time, you know, I did what I could today. I feel like other times I’ve been close and I could have done better. Today I felt like I gave a lot.”

And after being forced to withdraw from Roland-Garros, she gave every indication she plans to keep going for the Grand Slam record in 2021.

“I love playing tennis obviously,” she said. “I love competing. I love being out here. It’s my job. It’s been my job. And I’m pretty good at it still, so until I feel that I’m not good at it, then I’ll be, like, OK. And I’m so close to some things, so I feel like I’m almost there. I think that’s what keeps me going.” 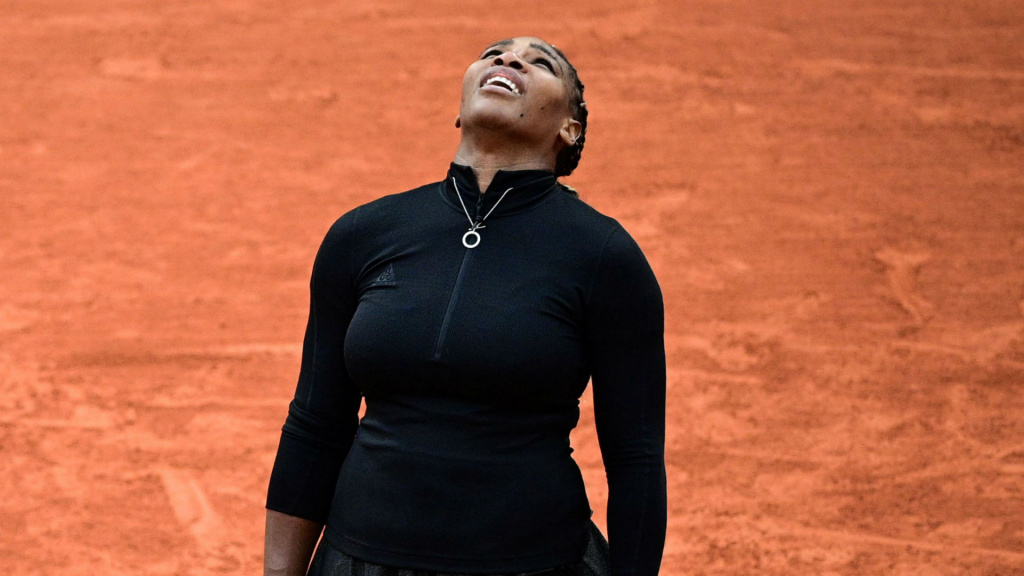 It was a disappointing end to the year for Williams, who looked to be approaching top form at the US Open only for her sore Achilles to stop her in her tracks and then cost her any chance of progress at Roland-Garros. At 39, time is not on her side but there were enough signs in New York, especially in that first set against Victoria Azarenka in the semi-finals, that her tennis is there.

The key for the 23-time Grand Slam champion in 2021 will be staying healthy, managing her schedule and then building up a base of matches that will enable her to peak for the Grand Slams. The goal of trying to equal and then overtake Court’s record is what is keeping her going but it feels like this could be her last big year, so expect her to give one almighty push to get the job done. Australia, which has always been a happy hunting ground for her, could be the key to her entire season. If she can win there – and it won’t be easy with so many Grand Slam champions now in the field – then Wimbledon, in particular, offers her a big opportunity. It’s likely to be tough, but no one ever got rich underestimating Serena.