I sincerely felt that Novak was the favourite – Goran Ivanisevic

Goran Ivanisevic admits it had been “too ambitious” of him to say that Nadal did not stand a chance against Djokovic in Paris, but reiterates his belief in Novak. 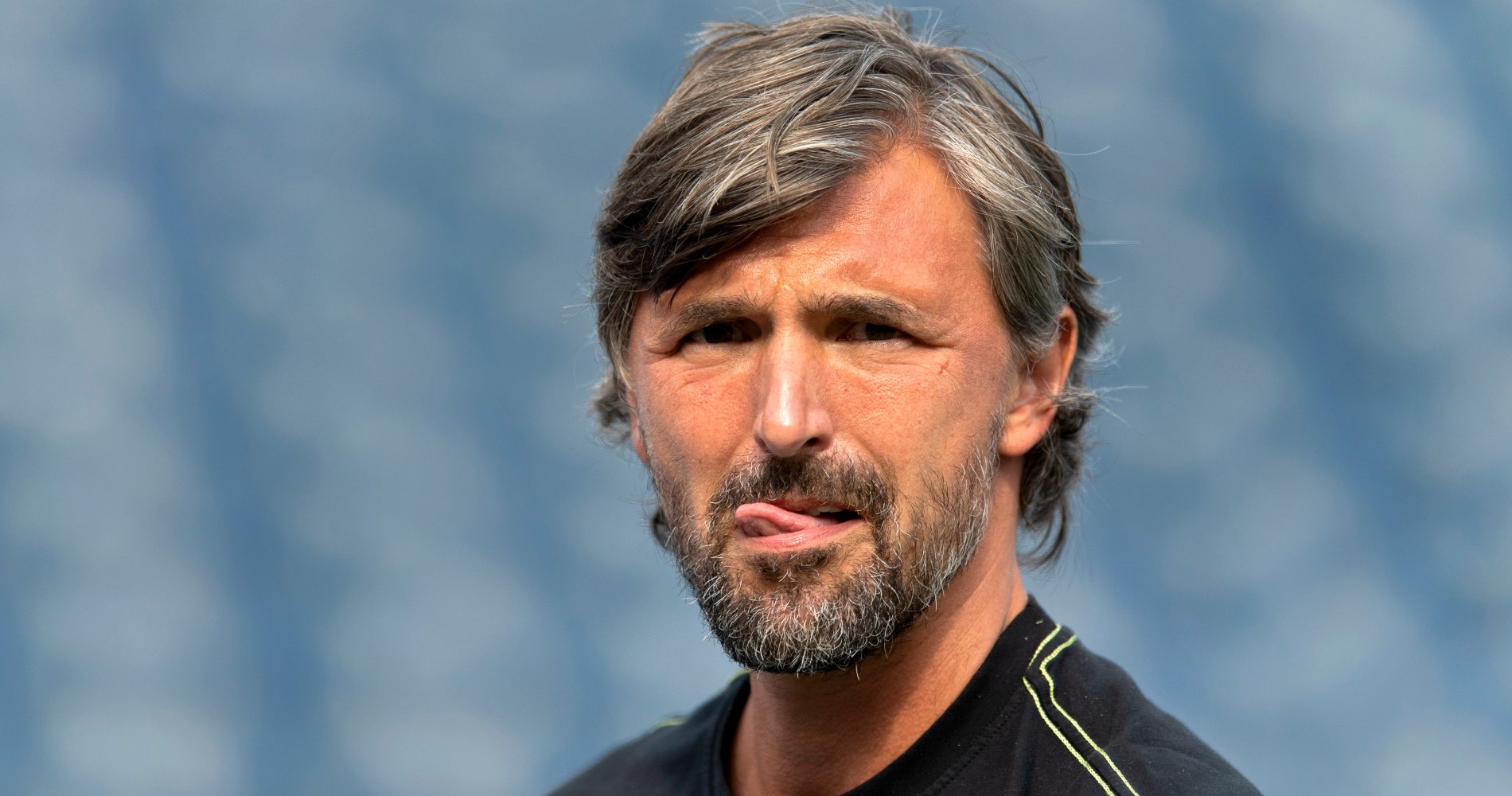 Tennis Majors: The Roland-Garros final unfolded in a way not many people expected – not because of Novak’s loss, but because of the scoreline (6-0 6-2 7-5)…

Goran Ivanisevic: I was really certain of Novak’s victory in Paris. I have been sending those type of texts to Miljan (Amanovic, Djokovic’s physio) for some time. I was a bit too ambitious when I said that Nadal does not have a chance, but I sincerely felt that Novak was the favourite. I know that Chatrier is Rafa’s living room and that he can win there even when he is playing badly, but again, I was convinced that this was Novak’s year in Paris. But Novak did not play up to his usual standards and Rafa played perfectly. Unfortunately, Novak managed to find his shots at 2-0 and a break down and by that point it was too late.

TM: In your opinion, what is the cause of such Novak’s performance – granted, Nadal has been phenomenal, but had Novak been better, would we have seen at a closer match?

GI: Nadal outplayed him tactically and in every other aspect. The same thing happened in Melbourne last year, with reversed roles – Novak “killed” Rafa back then, and now Rafa has hit back. A lot of expectations, a lot at stake… So the last two Slam finals they have played have not been the best quality-wise. The cause? I am not sure… Everything started badly, Novak got broken from 40-15 up, and it is hard to come back when you make Rafa feel comfortable in Paris. I felt that the conditions favored Novak as well, but it was like he did not show up, and Rafa just kept pounding and pounding. There was a glimpse of hope at 5-4 in the third, but there was no way back at that stage.

Ivanisevic: “It is easy to play it safe, I said what I felt and I do not regret it”

TM: In the last two matches in Paris it seemed like Novak’s serve was not where it needed to be, he only came up with four service winners against Nadal…

I do not think that he served poorly in the finals. Yes, it could have been better – sometimes he was forcing it too much, maybe he could have served out-wide more often and could have came to the net more frequently…. We can go into details, but with the exception of the first set, I think the serve was fine – Nadal just returned magnificently and made it look easy to return Novak’s serve.

TM: Do you regret making that comment as it is one of the biggest topics in the aftermath of the finals?

GI: No, no, no. I have honestly meant what I said, my right is to say what I think and to believe in my player, I thought this was Novak’s year in Paris. Again, I was a bit too ambitious saying that Nadal did not stand a chance, but I favored Novak at that moment. I always state my opinions directly, however it did not turn out that way – fu.. it, it is what it is. Before last year’s finals in Melbourne I stated that the odds were 50-50 and Novak ended up destroying Rafa. It is always easy just to play it safe and say “we will see” or “the winner is going to be the better player on a given day”, but I said it the way I felt it. Nadal has shown me that I was wrong, obviously – that is it, we move on. 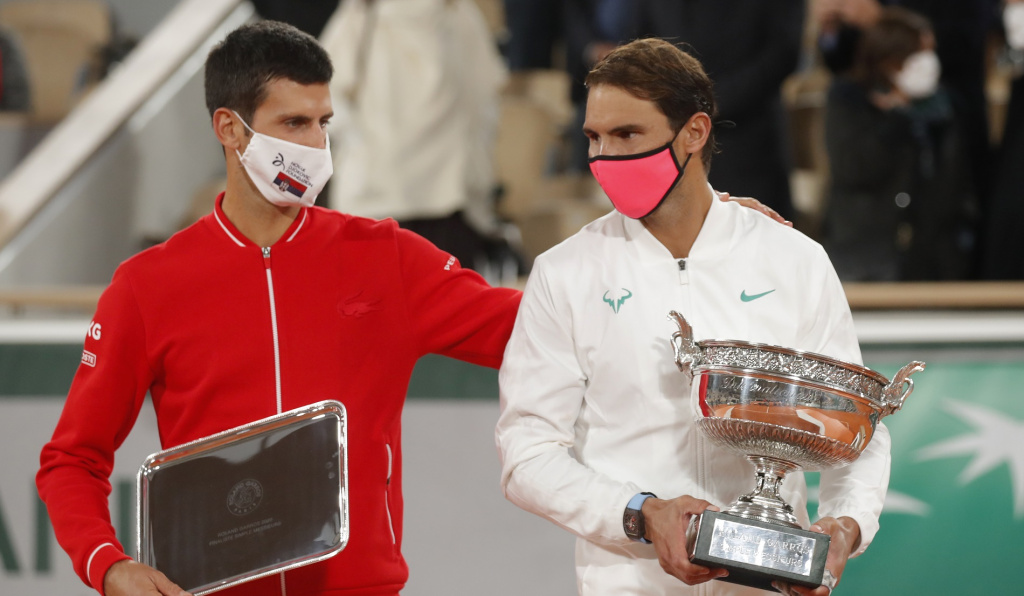 TM: Do you think Novak can win Roland-Garros again?

I think he can. Rafa is the absolute king there and when you step foot in his habitat, you have to play to the best of your abilities. This has been a strange year, who knows what the next one will be like, but why couldn’t he? He played in the finals, Nadal and himself are the two best players in the world and they will most certainly face each other in a few more Grand Slam finals. I sincerely hope it will happen in Paris next year. And I will say it again – Novak can beat him, I always believe that.

Ivanisevic: “Djokovic is a champion and a fighter”

TM: After the match Djokovic was asked whether he feels that it is too late for him to catch up with Nadal and Federer in terms of Grand Slam titles and he answered that his goals remain the same. In your perspective, for how long can Novak go on fighting for the biggest trophies?

GI: Surely for three more years. Nadal is one year older than him and we have seen what he is still able to do – his achievements in Paris are possibly the greatest feat in the history of sports, one of the greatest at least. I am not speaking about tennis only, but sports in general. Novak certainly has a few excellent seasons and Grand Slam titles in front of him. Just like Nadal is the king in Paris, Novak is the king in Melbourne – he is the favorite there, just like at Wimbledon and at the US Open. Novak should soon overcome Federer at the historic number one spot and I have said some time ago that both him and Rafa will surpass Roger’s Grand Slam titles record – I am sticking to that.

TM: Before the end of the year, Novak will play in Vienna, Paris and London. Where will you accompany him?

GI: We have not made the final decision just yet. He will play in Vienna, but I do not know what will be the case with Paris and if it even makes sense to play there – he can neither win nor lose points. He did not play well in London last year, so he can earn points there. Marian and I will split these arrangements accordingly. Novak will take time this week to rest and fulfill some obligations towards sponsors. After that we will start preparing for Vienna and London.

World No. 1 @DjokerNole will compete in Vienna & the @ErsteBankOpen for the first time since his title in 2007. pic.twitter.com/kCIZ0VaOcO

TM: I suppose that you have not discussed Australia yet – who is going to accompany Novak and how will that look like?

GI: We have no idea. It is still unknown where in Australia will Novak play. There is an obligatory two-week quarantine. There is more than enough time, we will sit together and make a plan. The world has not stopped moving – he lost one final. That is how Nadal felt in Melbourne last year – now it is Novak’s turn. He is a champion and a fighter, he showed that when he was able to bounce back and win the title in Rome after that unfortunate incident at the US Open. Next year is bound to be interesting.

TM: Nadal and Federer have 20 Grand Slam titles each and the debate around the greatest player of all-time is in the spotlight again. In your opinion, what other factors, apart from the major titles, should be taken into account in the GOAT discussion?

GI: First and foremost, the number of weeks as world’s number one, Masters titles and their head-to-head record. But who really is the GOAT will be a matter of preference, personal taste, and it will go on forever. For me that person is Novak, for others Federer or Nadal. It will be very difficult to reach a consensus there. But in the case that Novak manages to win more Grand Slam titles than Nadal and Federer, there will simply be no room for any dilemma.