Three years on from her return to the tour following a horrific attack in her home that threatened her life and almost ended her career, Petra Kvitova says her run at Roland-Garros this year means more than ever. 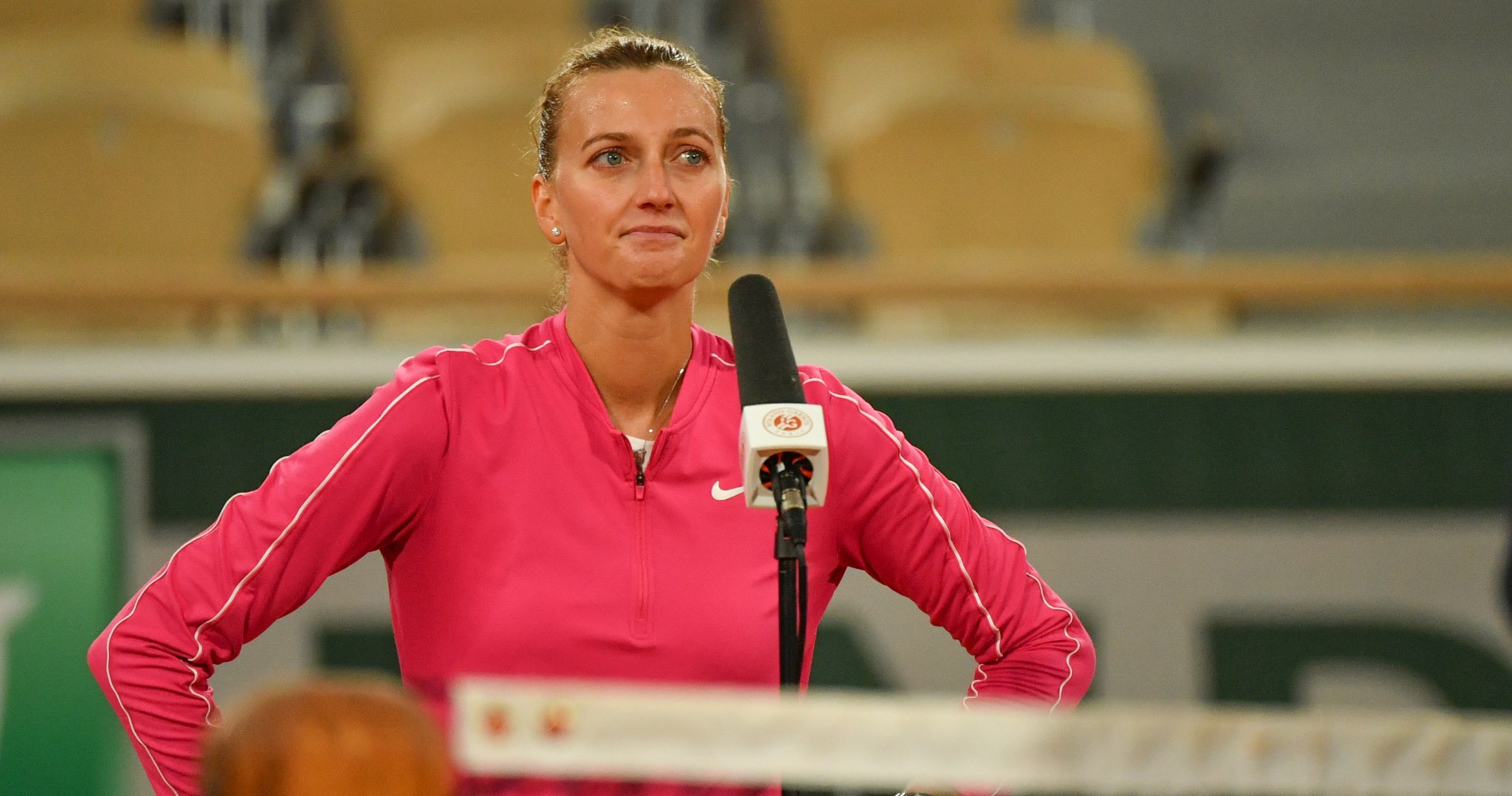 Petra Kvitova has been through more in the past few years than most people would in their entire life.

Twice the champion at Wimbledon, in 2011 and 2014, the Czech has been a major factor in the world’s top 10 for the past decade, a constant threat at all four grand slams.

In December 2016, Kvitova suffered an horrendous attack in her own home in the Czech Republic, an incident that almost cost her the use of her dominant left hand. Kvitova fought off her attacker but required four hours of surgery to save her hand.

I have so many emotions going through my head, but for now I will just keep on fighting 💪 #couragebeliefpojd #RolandGarros pic.twitter.com/zHef2DiS1Y

As strong as Kvitova is, the scars still linger, emotionally more than physical. Though her hand has recovered remarkably well, she says it will never be quite as strong as it was before and though the emotional damage may ease with time, it is still there.

And yet, the 30-year-old Kvitova continues to smile and continues to play outstanding tennis. The seventh seed is into the quarter-finals at Roland-Garros for the first time since 2012 and as one of only two former slam champions left in the field – Sofia Kenin is the other – a third Grand Slam title is a distinct possibility.

Roland-Garros holds a special place in Kvitova’s heart. It was there three years ago that she returned to action, only five months after the attack. Just being there took enormous courage, as did facing the media for the first time, all of whom were delighted to see her back. 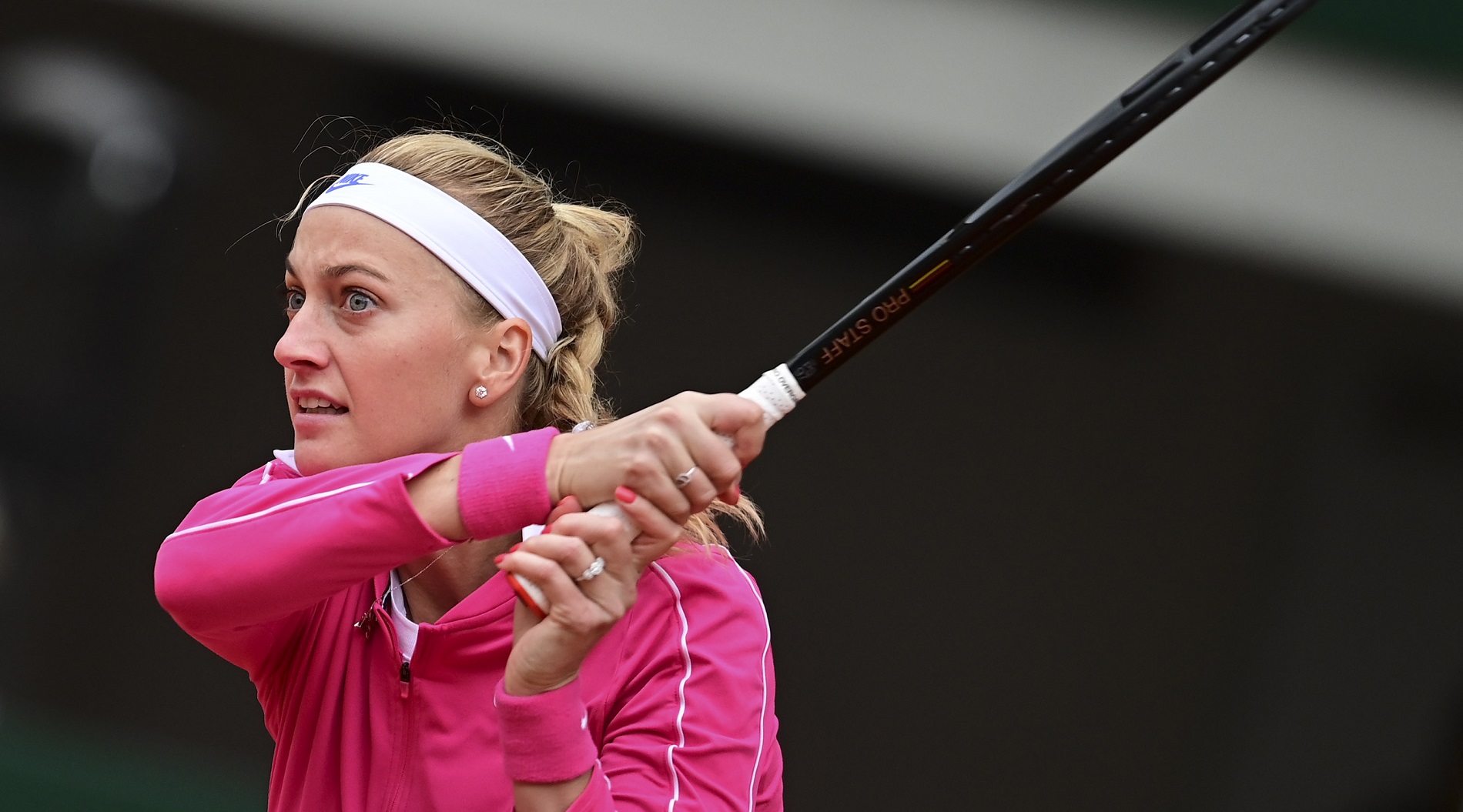 On Monday, as she clinched a fourth-round victory over Zhang Shuai of China, the emotions of her return to Grand Slam tennis came flooding back.

“Today it meant a lot,” Kvitova said in an interview at Roland-Garros. “I got a little emotional after my last two points, my memories from 2017 came back to me because it was my first match to play on Chatrier after the attack, and it’s just, everything came back. Actually when I am talking now, I am getting emotional again.

“It’s been something really nice, I never really believed (in 2017) I could be here in the quarter-finals again. I made the final of a grand slam after it (the attack) as well (at the 2019 Australian Open) but to be on the same court to make it was something totally different. Actually this means a lot to me and I will do my best in the next round.”

Kvitova, who will take on Germany’s Laura Siegemund in the last eight, said that what she went through in the attack has helped her to deal with difficult moments in matches, putting things in perspective.

“I am just pushing myself a lot to play every point,” she said. “Even though I have nerves and I am struggling, I am trying to kind of believe in myself.

“I have been through many, many things in my tennis career and in my life too, I know that I can turn it around in a few points in a match. As I already mentioned many times already, I won my biggest fight. I think that this actually helped me somehow too.”

With all the players confined to one of two official tournament hotels, and not allowed to go out into Paris, this year’s Roland-Garros has been an unusual one for everyone.

And Kvitova said that being on the match court is the most enjoyable part of her day, free from the restrictions due to Covid-19 and the protocols that affect everyone.

“It’s true and you don’t have to have a mask,” she said. “I love the (fresh) air. It’s so cold to sit outside and enjoy a coffee or whatever, so most of the time I’m inside. But being on the court, you’re just there, you don’t have any (obligations).

“For me, to have a match in the day it’s the best. Because when I don’t have a match I’m normally a person who’s not going on site for practice. I go to the city for coffee or lunch, just have mental (time) off. Now there’s no chance. I’m still seeing the other people, players, coaches, everything and still kind of being just in the room. So even on the day off now I’m going on site to have lunch and something here to just spend some time. It’s just different.”