Tennis Majors > Our features > May 9, 1915: The day Anthony Wilding, the first tennis superstar, was killed in World War I

Every day, Tennis Majors looks back at the biggest moments in tennis history. On May 9, 1915, Anthony Wilding, the first superstar of tennis, was killed in World War I 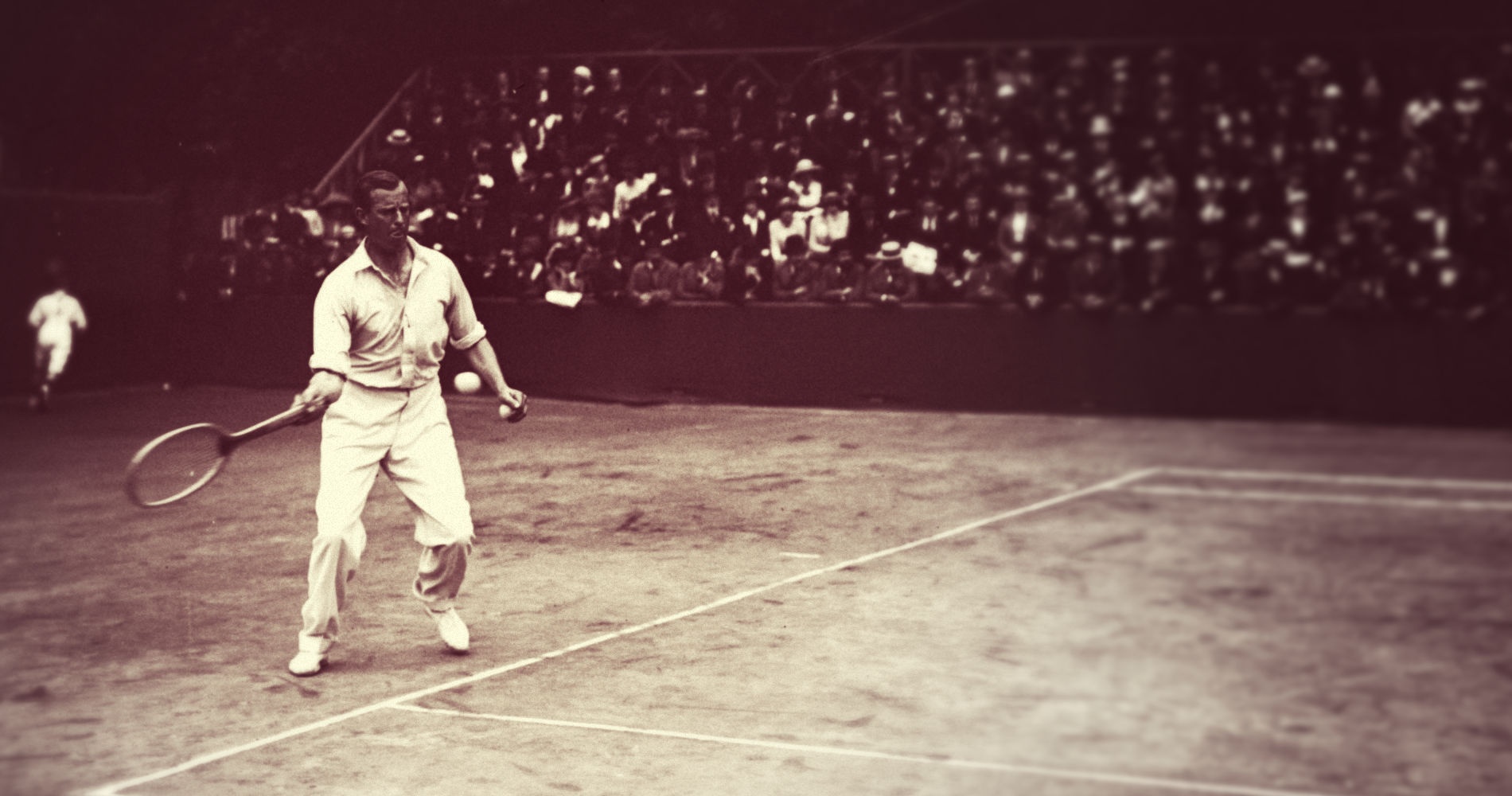 On this day, May 9, 1915, in the middle of World War I, Anthony Wilding, the first tennis superstar, was killed at the battle of Aubers Ridge, in the north of France. A stylish, four-time Wimbledon champion, the “Great Gatsby” of tennis had won 118 tournaments in the 15 years that preceded the outbreak of war.

Born in Christchurch, New Zealand, on October 31, 1883, Anthony Wilding learned how to play tennis on the private court owned by his parents, wealthy English immigrants. Sent to England to study law at Cambridge University, he also took the opportunity to become a member of the Cambridge Lawn Tennis Club, claiming his first-ever title at the Canterbury Championships in 1901. Although young Wilding, who competed for the first time at Wimbledon in 1904, spent a lot of time developing his tennis game, he managed to pass the law examination and briefly worked at his father’s law firm. However, he was an adventurous character and, as he went back to Europe, he intended to travel the continent on his motorbike, along with his tennis racquets.

Anthony Wilding, who was already a great player and had won no fewer than 29 titles, became one of the most dominant tennis players when he triumphed at the 1906 Australasian Championships, defeating Francis Fischer in the final (6-0, 6-4, 6-4). Advised by a former world heavyweight boxing champion, countryman Bob Fitzsimmons, he was maybe the first tennis player to pay attention to his level of fitness (he ran two or three times a week) and his lifestyle (he neither dran nor smoke). In the following years, his list of achievements was more than impressive. Not only did he successfully defend his Australasian Championships crown in 1907, but he also led the Australasian team to three consecutive Davis Cup titles (1907-1909). In 1910, he started his dominance at Wimbledon, claiming four consecutive titles, his greatest match remaining the 1913 final against Maurice McLoughlin, the “Californian Comet”. In front of 7,000 spectators, and although the American was the favourite, Wilding played flawless tennis to prevail in three sets (8-6, 6-3, 10-8).

However, even though he had won the grass court Championships four times, Wilding was even more dominant on clay, where he remained undefeated after a loss to Max Decugis in 1910, until his last clay-court title, claimed in Paris in 1914. His secret? A lethal combination of power and accuracy from the baseline. According to the International Tennis Hall of Fame, “while his game looked similar to his counterparts, it was vastly different because Wilding could execute those shots better than most”.

Considered as the world No 1 in the early 1910s, his biggest disappointment came at the 1912 Olympic Games, in Stockholm. Wilding, who had missed the 1908 Olympics because of an administrative error, was the favourite for the title, and yet, he was defeated in the semi-finals by Charles Dixon. Wilding still managed to defeat Gordon Lowe to obtain the bronze medal.
When World War I broke out in the late summer of 1914, Wilding had won no fewer than 118 tournaments, holding the record for the most titles claimed in one year (23 titles, in 1906), and the record of the most clay-court titles (75).

However, no matter how outstanding his results were, Anthony Wilding didn’t become a legend only because of his success at tennis, but also because of his charisma.
“Anthony was an icon and good looking,” explained his great niece Anna Wilding, according to the BBC. “He was like a movie star, but on the tennis court. Tennis hadn’t ever had anyone like that, with that combination of charm, decorum and adventure. Imagine the Great Gatsby era, but he was the real deal, the toast of society. He stayed with kings and queens and prime ministers. Women swooned and fainted.” Described by his Davis Cup teammate, Norman Brookes, as “one of the finest specimens of manhood”, he was about to marry an actress, Maxine Elliott, when World War I began.

The tragic death of Wilding in France

When World War I started, Anthony Wilding joined the British Army. In October 1914, he joined the Royal Naval Armoured Car Division in the battlefields of northern France, and on May 2, 1915, he was promoted to captain.

In his last letter, written on May 8, 1915, Wilding wrote: “For really the first time in seven and a half months I have a job on hand which is likely to end in gun, I, and the whole outfit being blown to hell. However if we succeed we will help our infantry no end.”

According to Myers’ 1915 biography (“Captain Anthony Wilding”), on that same evening, just before Wilding went to sleep, Lt Barnes, a former tennis mate, said: “Well, old man, you were in rotten form when you met Brookes”, referring to his Wimbledon final loss the previous year. “One can’t always be at one’s best,” Wilding replied.

On the following day, at 4:45, the four-time Wimbledon champion was killed in action, when a shell exploded on the roof of the dugout he was sheltering in. He was one of 11,000 British soldiers killed on that single day during the battle of Aubers, undoubtedly the most famous one.