Every day, Tennis Majors takes you back in time to relive a tennis event which happened on this specific day. On this day in 1995, a former tennis legend died in poverty and isolation due to stomach cancer 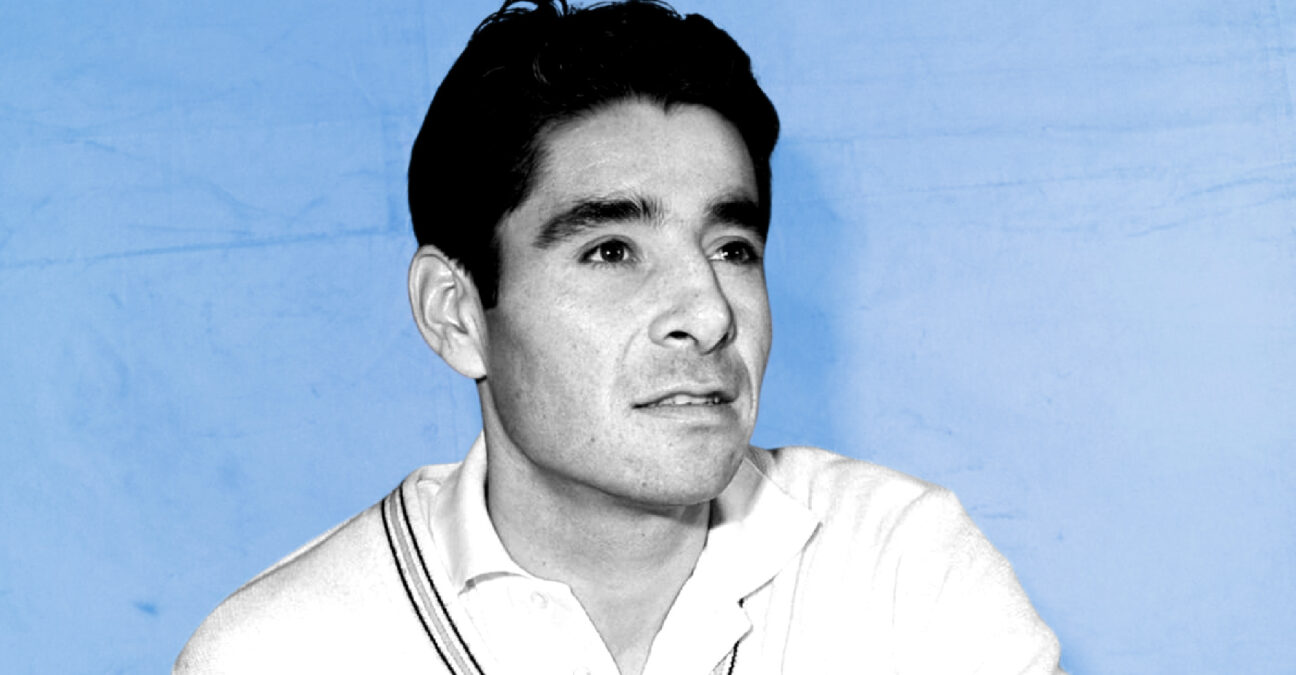 On this day, July 3 in1995, tennis legend Pancho Gonzalez passed away from stomach cancer at the age of 67. Winner of the US Championships in 1948 and 1949, Gonzalez quickly turned professional and was the most dominant player on the pro tour in the 1950s. Known for his pristine technique and fighting spirit, Gonzalez was also known for his controversial personality and his disturbed personal life.

Pancho Gonzalez was born in 1928 in Mexico, but his family moved to Los Angeles when he was a young child. He took up tennis at the age of 12, when his mother bought him a 50 cent racquet, and he taught himself how to play on L.A’s public courts. Gonzalez was overlooked by the tennis establishment as a young player because of his social background and the fact that he was famously arrested once for burglary at the age of 15. However, driven by a fierce sense of competition, Gonzalez did not give up on his dream, and as early as 1948, he won the US Nationals, at Forest Hills, defeating Eric Sturgess in the final (6-2, 6-3, 14-12). A year later, after having successfully defended his title, Gonzalez made the decision to sign a contract with Jack Kramer to turn professional, at the age of just 21.

Gonzalez was really young when he began his professional career, and in his first year, playing an extended tour against Kramer himself, he was defeated 96 times in 123 matches. Many thought this was the end of his career, and this difficult experience had a terrible impact on his personality. However,  Gonzalez came back stronger in the following years, and by 1955, he was the dominant professional player. Taller than most of his opponents, he relied on a massive serve, but he was also admired for his footwork and his skills at the net. During these years, he took the edge on many famous players, such as Tony Trabert, Pancho Segura, Lew Hoad, and Ken Rosewall.

Gonzalez won the US Pro no less than eight times, an all-time record at the event. Until 1968, professional players were not allowed to compete in Grand Slam tournaments, which explains why Gonzalez’ achievements would be a bit overlooked after his career. In fact, when the Open era began, he was 40 years old, but he wanted to be a part of this great moment in tennis history. “After waiting for it all these years,” Gonzalez had said, according to Sports Illustrated, “I had to be here when it finally happened.”

At the British Hard Court Championships at Bournemouth, the first-ever Open tournament, he became the first professional player to lose against an amateur (defeated by Mark Cox). Despite his age, he didn’t want to put an end to his career like this, and underwent intensive practice to get back in shape. In the 1969 Wimbledon first round, aged 41, he won a match that would live in the tournament’s history, defeating Charlie Pasarell (22-24, 1-6, 16-14, 6-3, 11-9) after five hours and 12 minutes of play. Not only would this remain the longest match ever played at Wimbledon until 2010, but it would also lead tennis promoters to think about introducing the tie-break.

Pancho Gonzalez was also famous for his controversial personality. Yelling at linesmen as well at his opponents, he was often described as “a lone wolf’” that most of the other players disliked.

“He was the toughest competitor who ever played. He just fought and fought and fought until he died,” Charlie Pasarell said, while Rod Laver added, “He gets meaner every time you play him.” Some players though, such as Tony Trabert, thought that Gonzalez was going too far by making it personal. On top of that, his relationships with sponsors and promoters were always extremely complicated.

Pancho Gonzalez’ personal life was as troubled as his behaviour on the court. The greatest player of the 1950s married six times, which ended up in divorce every time, and had seven children. Captain of the United States Davis Cup team in 1963 during the final against Australia, facing serious issues in his second marriage, he left his team before the matches even began. His last wife, Rita, was the older sister of future tennis legend, Andre Agassi.

Gonzalez died on July 3, 1995, poor and isolated, from stomach cancer. Agassi, world No 1 at the time, was the one who paid for his funeral. “The history of tennis is pretty complex,” said Agassi, “and unless you’re aware, you might not have a sense of how important a figure Pancho Gonzalez was.”