Every day, Tennis Majors takes you back to one of the most iconic moments in tennis history. On September 24, 1938, American Don Budge became the first player to complete the Grand Slam of all four majors in a calendar year 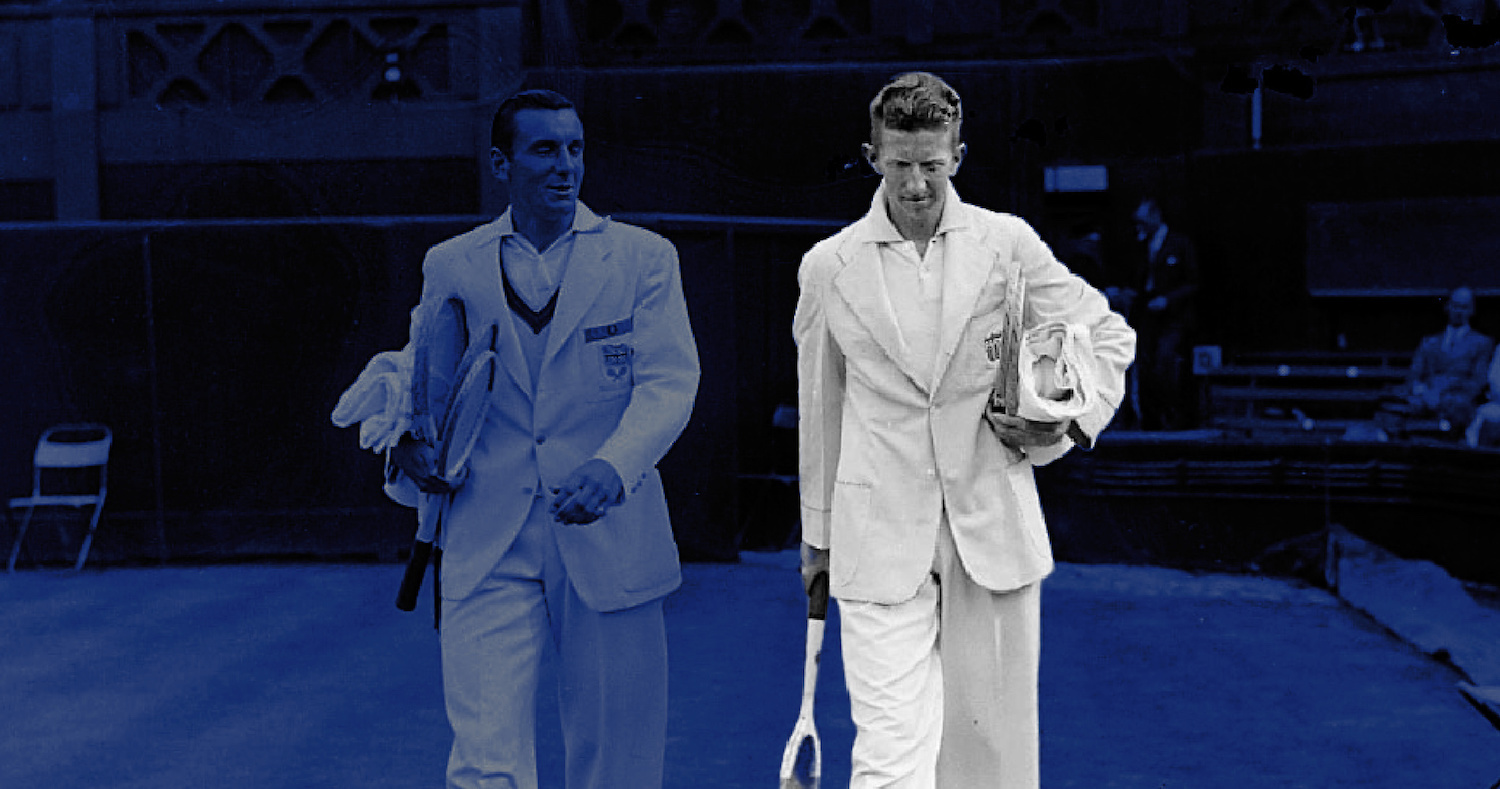 On this day, September 24, 1938, Don Budge completed the first Grand Slam in tennis history. To achieve that feat, the American defeated his doubles partner Gene Mako in the final of the US Nationals (which later became the US Open), 6-3, 6-8, 6-2, 6-1. On top of that, the world No 1 also triumphed in doubles (partnering Mako) and in mixed doubles (partnering Alice Marble). It was the last major title won by Budge as an amateur, as he turned professional at the end of the year and therefore could not attend any more Grand Slam tournaments.

Don Budge was born in California in 1915. After playing various sports as a child, he took up tennis, where, helped by his size (he was 6ft 1in) and he developed a very powerful serve which would take him to the top. In 1933, Budge quit his studies at Berkeley to play tennis with the US Davis Cup team. As he had been raised on California’s hard courts, it took him a while to adjust to the grass courts of the East Coast, but with time, he mastered that surface enough to triumph at Wimbledon, in 1937, defeating Gottfried von Cramm in the final (6-3, 6-4, 6-2). A few weeks later, the two players faced each other again in a famous Davis Cup tie, in which Hitler himself called Von Cramm on the phone to tell him that losing was not an option. At the end of one of the greatest matches in tennis history, Budge finally prevailed, 6-8, 5-7, 6-4, 6-2, 8-6. He would cross Von Cramm’s path one more time in 1937, in the US Nationals final (winning 6-1, 7-9, 6-1, 3-6, 6-1). In 1938, Budge continued his winning streak, triumphing at the Australian Championships (defeating John Bromwich, 6-4, 6-2, 6-1), at Roland-Garros (beating Roderich Menzel, 6-3, 6-2, 6-4) and at Wimbledon (outplaying Henry Austin, 6-1, 6-0, 6-3). He was now the undisputed world No 1 tennis amateur.

Gene Mako was born in 1916. A decent player in singles, he was more successful in doubles, where he had claimed three Grand Slam titles (the US Nationals in 1936, Wimbledon in 1937 and 1938).

The US National Championships, also known as the US Nationals, was established in 1881, and it moved several times locations throughout the 20th century. First held in August 1881 on grass courts at the Newport Casino, on Rhode Island, the tournament moved to New-York in 1915, where it was held at the West Side Tennis Club, at Forest Hills, with the exception of years 1921-1923 (when the event was moved to Philadelphia).

At the beginning of the 1938 US Nationals, Budge was the second player in tennis history to be one title away from completing the Grand Slam. In fact, the expression itself had been applied to tennis by an American journalist for the first time in 1933, when the Australian player Jack Crawford claimed the three first major tournaments of the year and went just one set away from clinching the fourth. Crawford managed to lead two sets to one in the US Nationals final, but he was eventually beaten by Fred Perry (6–3, 11–13, 4–6, 6–0, 6–1).

Budge had dominated the three first major tournaments, winning the finals in straight sets. “It is his ironic destiny to be playing so well that he makes the tournaments in which he participates uninteresting,” wrote a New York Times journalist that year. His main rival, Von Cramm, from Germany, had been arrested by the Nazis because of his homosexuality (Budge tried to help him, writing a letter to Hitler to ask for his release), and it seemed that no other amateur could withstand his power.
Budge’s domination of the amateur world was confirmed in this final against his doubles partner, Gene Mako. Although he lost his concentration when he was up 6-3, 5-2, and lost the second set (8-6), he gathered himself together and blasted through the last sets, 6-2, 6-1.

Budge had just become the first player to achieve the Grand Slam. Now, his next challenge was to prove himself worthy against professional players.

Budge would turn pro at the end of the year, and for his first match, in January 1939, he would defeat Ellsworth Vines at the Madison Square Garden (6-3, 6-4, 6-2) in front of 16,000 spectators. In a series of duels against Fred Perry, Budge would also prevail, 28-8. “I was the amateur champion for two years and then the pro champion for many years after that,” Budge would once say, according to The Washington Post. “There was no one who could beat me. Just think of how many more Wimbledons I could have won.” Only one other man would achieve the Grand Slam in men’s tennis history. In fact, this man, Rod Laver, from Australia, would even achieve it twice, once as an amateur, in 1962, and once as a professional, in 1969, after the Open Era began.