Dylan Alcott maintained his dominance in Melbourne, where he won again on Saturday. 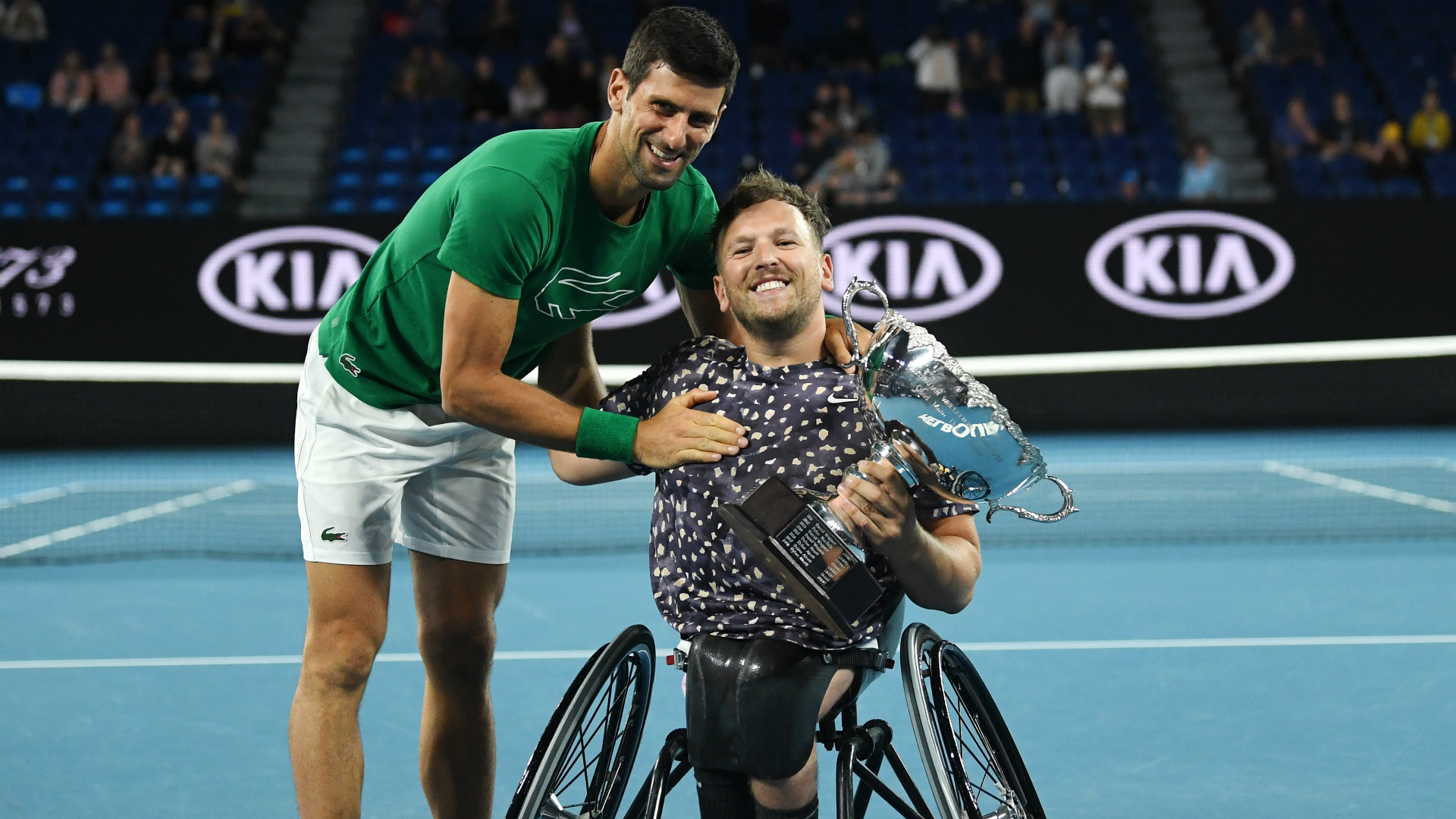 Popular Australian and top seed Alcott maintained his dominance in Melbourne with a 6-0 6-4 victory over Andy Lapthorne on Saturday.

Great Britain’s Lapthorne – the second seed – mounted a spirited late charge on Rod Laver Arena, but Alcott was not to be denied his 10th grand slam singles crown.

Alcott was greeted by Australian Open men’s champion and 16-time major winner Novak Djokovic, who is preparing for Sunday’s decider against Dominic Thiem, as he posed with the trophy afterwards.

“Tennis honestly saved my life, it honestly did, when I was younger, and the Australian Open single-handedly changed my life,” said Alcott, who pledged to donate $40,000 Australian dollars to people with disability affected by the bushfires in his home country.

“I love every single one of you for supporting what we do.

“If you look around the top row, almost every person has a disability and look, they’re full … if we continue to grow society will continue to support us.”