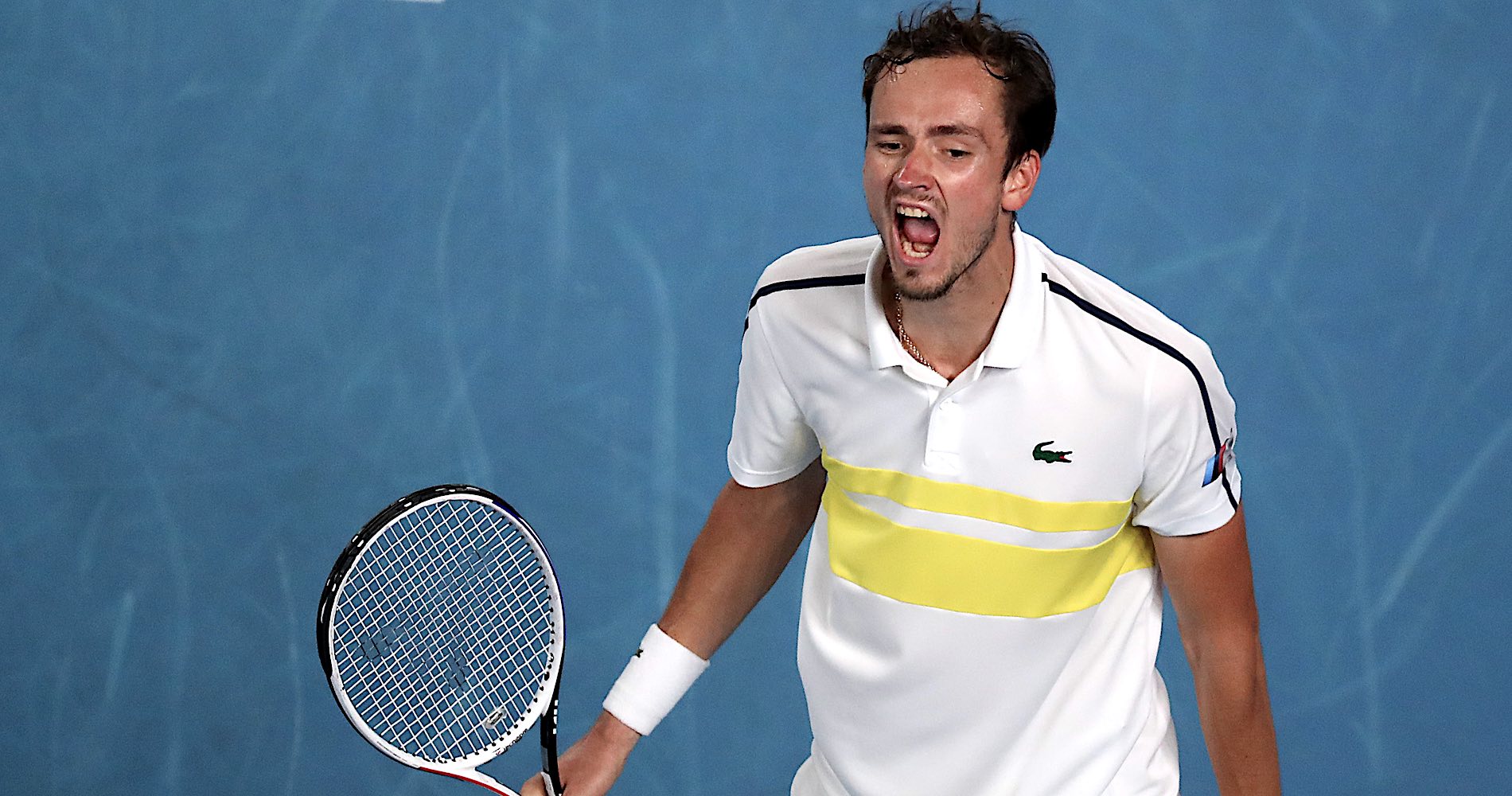 It has been a breakthrough week in every sense of the word for France’s Pierre-Hugues Herbert. But the 29-year-old was not able to break through the stellar defenses of Russia’s top player on Sunday in the Open 13 final – Medvedev handled his nerves and came through a close contest, notching a 6-4, 6-7(4), 6-4 victory for his tenth career ATP title.

Medvedev already knew that he would rise to No 2 in the ATP rankings for the first time on Monday before the tournament, but he says that winning a title this week makes it feel even more special.

The contest was close from start to finish

In their third career ATP-level meeting, Medvedev drew first blood, converting his second break point of the fifth game of the first set as a Herbert volley sailed long, but the Frenchman broke back immediately, coaxing a rare service break out of Medvedev, when his backhand caught the net for 3-3.

It was the first break the Russian had surrendered all week, but the setback did not deter him. He broke back immediately for 4-3 by sending a dipping passing shot that elicited a volley error from Herbert.

Two games later Medvedev wrapped up the set with a brilliant backhand winner down the line, 6-4.

Set two was crisply played and featured no breaks of serve. Herbert had the bulk of the break point opportunities, but failed to connect on two with Medvedev serving at 2-1, and another with Medvedev serving at 3-2. No matter, the Frenchman took care of business in the tiebreaker, winning five consecutive points from 2-4 down to hand the Russian his first set loss of the week.

Herbert had displayed a magical run of play to reach the final in Marseille, notching wins in straight sets over Kei Nishikori and Cameron Norrie before recording his first Top 5 win over No 2-seeded Stefanos Tsitsipas in the quarter-finals. On Saturday Herbert stunned No 4-seeded Ugo Humbert, 6-3, 6-2, and dropped just six points on serve in the match.

The 93rd-ranked Frenchman was bidding for his first career title after dropping his three previous finals (2015 Winston-Salem, 2018 Shenzhen, 2019 Montpellier). He drops to 0-4 in ATP finals with the loss.

Medvedev’s misery against the French on French soil

Medvedev speaks fluent French, has a French coach and developed his game in the South of France, in Cannes, for many years. But his connection with the country had always seemed to end when he faced French players on French soil. Coming into the final, Medvedev owned a 1-8 record against French players in France with his only victory coming against Benoit Paire at Marseille in 2017.

There was very little between the pair in the third set. Serve was dominant and after Medvedev held for 5-4, the server had only dropped seven points on serve (Medevedev 20/24 points won on serve, Herbert 18/21 points won on serve).

But Medvedev turned the tides quickly from there. With Herbert serving to stay in the match at 4-5, the Russian reeled off the final three points to secure the victory.

“First set I felt like I had more opportunities,” Medvedev said on court after the final. “Second set, really tight. I had one break point in the first game then he was actually a better player than me during the set. It was a really tight tennis match, just decided on the last game where I got a bit lucky and made some returns in the court, he was a it tight – that’s tennis.”