Rafael Nadal secured his 19th grand slam title with an enthralling five-set win over Daniil Medvedev in the US Open final. 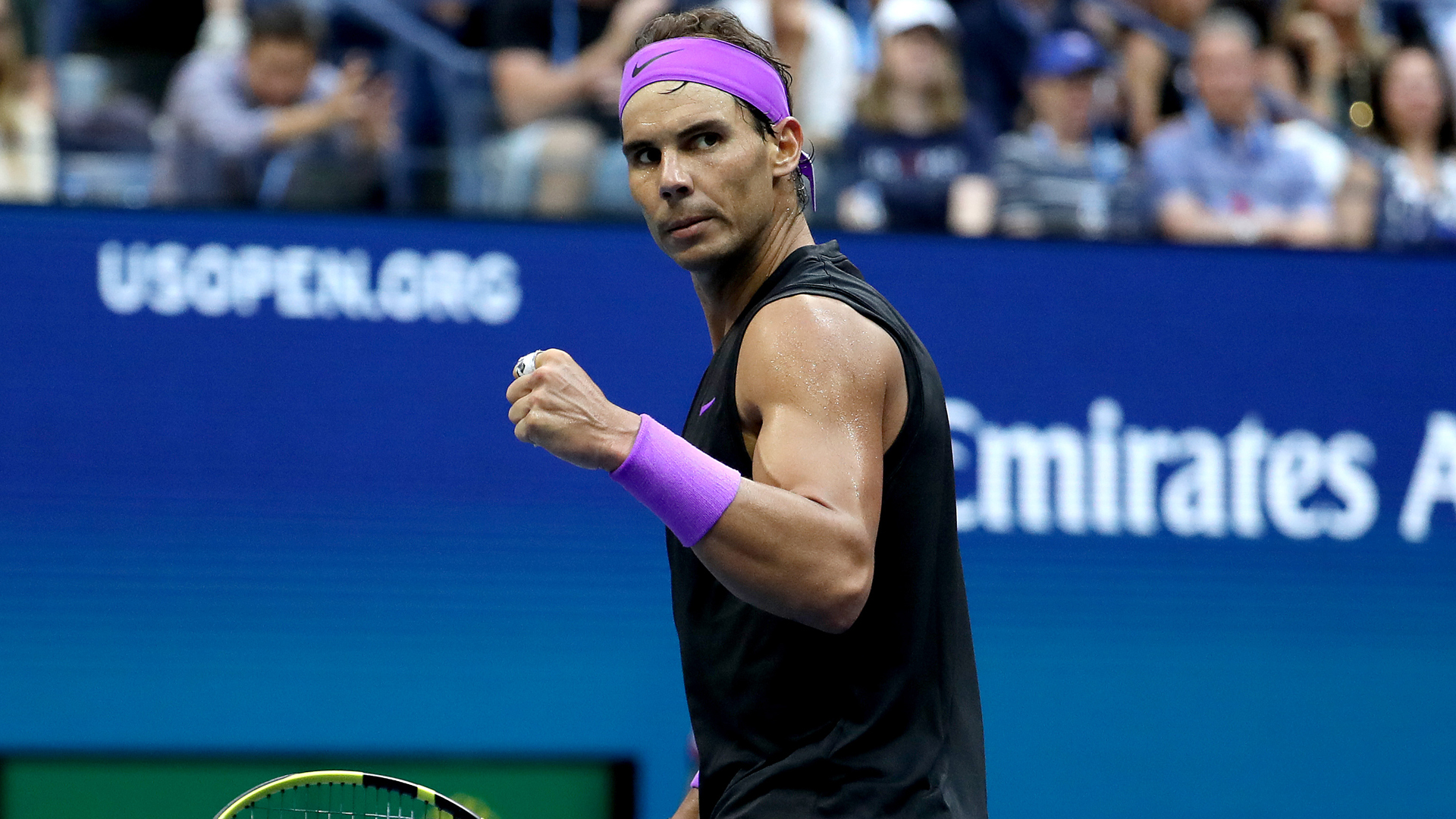 Rafael Nadal moved within one of Roger Federer’s grand slam tally, edging Daniil Medvedev in an epic US Open final to claim his 19th major title on Sunday.

Nadal was pushed to the limit by first-time grand slam finalist Medvedev in a thrilling decider, eventually prevailing 7-5 6-3 5-7 4-6 6-4 after four hours, 49 minutes on Arthur Ashe Stadium.

The Spanish great secured his second major of 2019 and moved within one of Federer, who holds the all-time men’s record for most grand slam titles with 20.

Medvedev, who has the most wins on the ATP Tour this year and has played the role of villain in New York, looked set to cause a momentous upset, only for Nadal to edge through the fifth set.

The 23-year-old Russian won just three games against Nadal in the Rogers Cup final a month ago, yet almost became the second player in history to beat the left-hander after losing the first two sets to the 33-year-old at a grand slam.

The win meant the ‘Big Three’ of Nadal, Federer and Novak Djokovic swept the grand slams for the third straight year, a feat they last achieved between 2006 and 2008.

In what was a high-quality start, there was early drama as Nadal produced an around-the-net winner and was given a time violation in the opening game.

The duo then traded breaks, Nadal mishitting a forehand into the bottom of the net to give Medvedev a 2-1 lead, only for the Russian to send a backhand well long to fail to consolidate.

Nadal’s pressure – Medvedev fended off three break points in the eighth game and was again tested in the 10th – paid off at the perfect time, landing the break and opening set when his opponent put a backhand volley into the net.

Medvedev recovered from 0-40 to hold for 2-2 in the second set, but there was no denying Nadal in the sixth game, a deep return leading to an error and a break as the second seed took complete control.

Nadal gave up a break lead midway through the third set and Medvedev fought hard – the villain threatening to turn hero as he earned chants from the Arthur Ashe crowd – before spectacularly taking the set with a backhand winner down the line.

Suddenly, it was Medvedev – calm and composed – looking the better of the two players as Nadal seemed to be tiring, a tough hold in the second game of the fourth set coming as the Spaniard tried to fire himself up.

Nadal looked the more likely to break until Medvedev did just that, ripping an incredible backhand return winner down the line to force a fifth set.

Medvedev needed treatment on his thigh before the deciding set, Nadal saving three break points in the second game, including one after a second time violation saw him denied a first serve.

Nadal landed the first break of the final set, ending an incredible point with a backhand cross-court winner to take a 3-2 lead.

Nadal won four straight games before handing a break back following another time violation, this one leading to a double fault, and Medvedev bravely saved two match points in the ninth game.

The topsy-turvy encounter continued as Nadal saved a break point with a big forehand, his fourth US Open title secured when Medvedev sent a return long.