10 questions about the Rolex Monte-Carlo Masters

The Rolex Monte-Carlo Masters is due to take place in April. Every question you might have about the tournament is answered here. 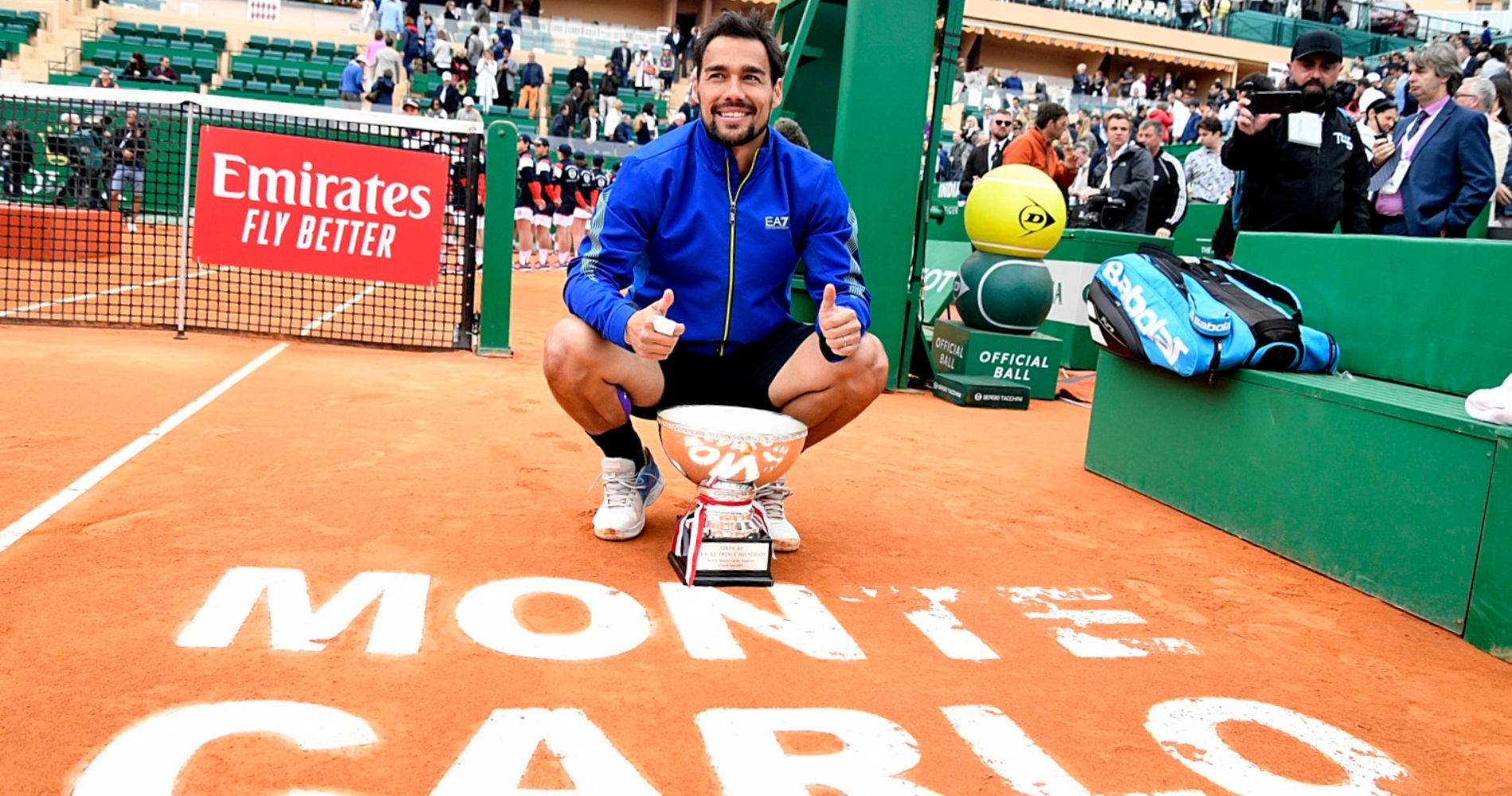 Fabio Fognini after winning the Monte-Carlo Masters in 2019 (Panoramic)

When is the Monte-Carlo Masters due to take place?

The Rolex Monte-Carlo Masters is due to take place between April 11 and 18, the first of three ATP Masters 1000 events to be held on clay.

Where is it held?

The Rolex Monte-Carlo Masters is held at the Monte Carlo Country Club, in Roquebrune-Cap-Martin, France, on the border with Monaco. Its show court is the Court Rainier III, with a capacity of 10,200.

Who is the reigning champion?

There was no 2020 instalment of the tournament due to Covid-19, but in 2019 the singles champion was Fabio Fognini of Italy, who defeated Dusan Lajovic 6-3, 6-4 in the final, with Nikola Mektic and Franko Skugor winning the doubles.

Who has won the most titles there?

When was the first tournament?

The tournament celebrated its centenary tournament in 2006, marking the 100th time it had been held since its inauguration in 1897. This year will mark its 114th edition.

Who was the first Open era champion in Monte Carlo?

Nicola Pietrangeli, the legendary Italian player, was the first man to win the title in 1968. The doubles title was won by the Russians, Alex Metreveli and Sergei Likhachev.

Who is likely to compete?

Can I get a ticket?

Tickets for the Monte Carlo Masters were due to go on sale in November, but due to the current pandemic, the opening of ticket sales, planned for Jan 19, has been further delayed.

Can I watch on television?

Yes. The tournament has already confirmed the matches will be available to view via Tennis TV and is broadcast worldwide. Full details of its broadcast partners will be confirmed at a later point.