From tennis in 2020 to tennis in 2021, part 3: In a profession described as lonely, tennis players got to spend more time than ever with their loved ones due to the pandemic. A boost. How will they respond to going back to strict quarantine regulations for at least the early part of 2021? 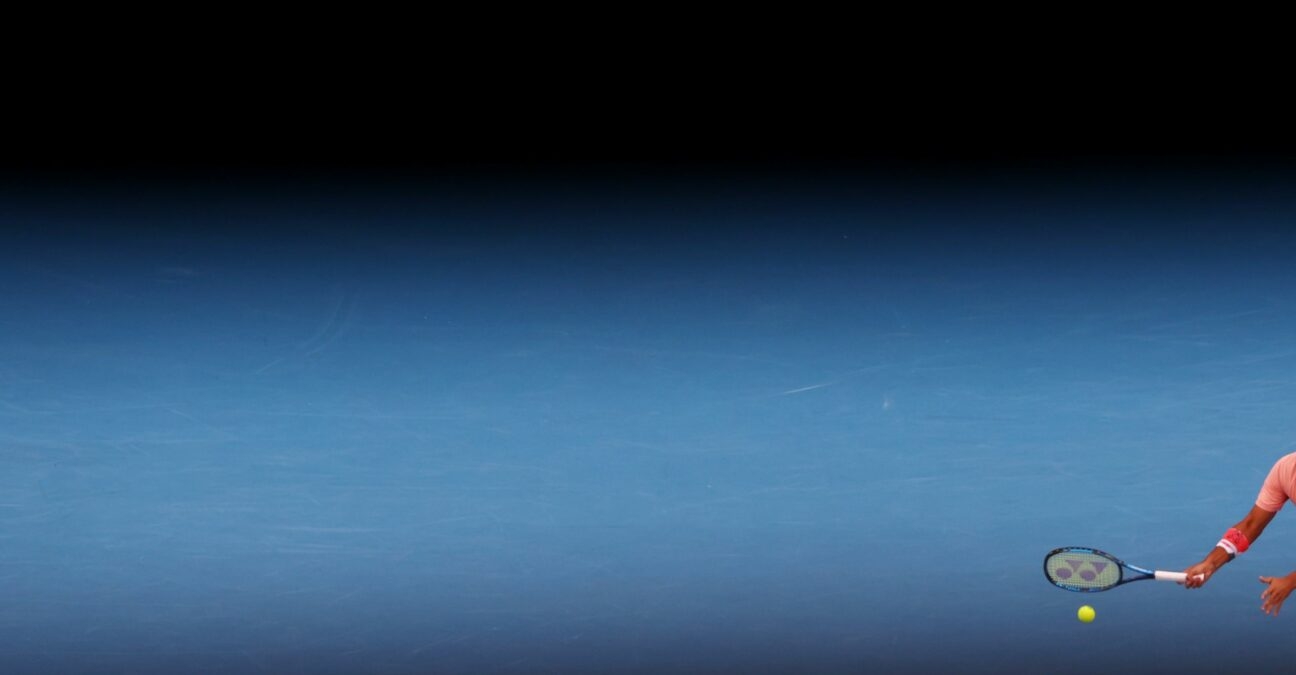 Friday, January 1: Nearly two million people have died due to Covid-19. While tennis players have largely been spared of serious illness, their emotional rollercoaster is set to continue with  strict protocols in place for at least the start of 2021.

“You know, being a tennis player is a job full of loneliness. If you think about it, it’s almost nothing but loneliness.”

These words are from Yannick Noah and were printed in the pages of the newspaper L’Humanité, dated 1997. They are still relevant today, more so than ever. Tennis, in itself, has not changed. It remains a battle against oneself as much as a duel against an opponent, a double combat to be fought head on, which makes this sport unique and so difficult psychologically.

But the world has changed. Coronavirus has disrupted the tennis circuit more than other sports. Bio-secure bubbles around tournaments, the requirements to move around with a minimal entourage, stadiums closed to the public – tennis players find themselves more isolated than ever. This new situation, experienced during the last four months of the 2020 season, will continue into 2021 – at least for the first quarter, and probably more, until the progress of the vaccination programme eventually allows a gradual return to “normal.”

Taboo in tennis, loneliness is an unavoidable part of this off-season, even before this coming year, which will pose its own problems.

It might be more widespread now, with leading players talking about it openly, including via the Behind The Racquet platform launched by world No 250 Noah Rubin. Stefanos Tsitsipas, ranked sixth in the world, spoke at length about his loneliness on the circuit last July.

“Tennis is a very lonely sport, where you play alone,” the Greek said. “We have a team that accompanies us all over the world, but I spent countless nights not being able to sleep, alone. All these trips and the competition have caused me a lot of stress and I’ve isolated myself.”

Nick Kyrgios, former world No 13 and a fan favourite, has publicly expressed his difficulties in managing on his own while on the circuit.

“I got lost a lot, I felt lonely in the middle of an ocean of people,” the Australian told Stellar magazine, the Sunday Telegraph supplement in Sydney in November. “I didn’t feel I could talk to anyone about how I felt. I was struggling with a lot of things and I didn’t feel like I had a home, because I was travelling all the time.”

In three sentences, Kyrgios put into words the troubles he and his colleagues have frequently experienced – when uprooting leads to isolation.

“I have worked with players for whom it was difficult to live away from home,” says Sophie Huguet, a sports psychologist who has worked with juniors on the ITF circuit, Top 100 WTA and Top 500 ATP players. “Not everyone has the desire to travel at a moment’s notice, to be far from their family and their landmarks. It is a real subject to work on, to be able to see the benefits of these trips. If it’s experienced as an ordeal every time, it can be very complicated – especially since some people travel in very poor conditions. It’s a unique life, this life of solitude, which can create emotional difficulties. Not everyone is going to find it to their liking. Even if the person has talent, this is very important to acknowledge.”

Difficulty in returning to the circuit

It will be even more so in 2021. As with everyone else, the lockdowns imposed during the explosion of the coronavirus pandemic has meant that players can enjoy more time with their loved ones. What they lost without the adrenaline of competition, they gained elsewhere.

“I kind of got away from my family because I travelled a lot – it was hard to keep in touch. Since I’ve been back I almost feel like I’ve started again with my family,” said Kyrgios in November. “It’s been great.”

It is probably not a coincidence that Kyrgios has delayed his return to the circuit and hasn’t participated in any of the tournaments organised from August to November. The same is true for his compatriot, world No 1 Ashleigh Barty. Between the health context, the method of calculation of the rankings adapted to the situation and the opportunity to stay at home for a while – where they almost never land outside the off-season and the month of January – there were numerous reasons to sway them not to rush their return to the whirlwind of the circuit.

“When you are with your family for a long time again, you appreciate the positive aspect of being at home and there can be a question, whether it is really worth the trip,” says Huguet. “For some, the older players, the question of retirement may come up more quickly. Even among young people, those who are struggling to climb the rankings, some may say, ‘What’s the point?’”

“One day, at the Barranquilla Challenger, I came home with the trophy in my hotel room and I realised I was alone,” Pablo Cuevas, a Uruguayan player who made it into the Top 20, told the Tres Iguales podcast in July 2019.

For many, this is the daily routine on the secondary circuits, where the regular competitors can’t afford a large staff or take their family to the four corners of the world. But COVID-19 has turned everyone’s practices upside down, including those who are higher up the rankings in normal times.

“The players ranked at around world No 500 are used to living in very particular conditions in certain tournaments, in certain countries,” says Huguet. “They work on their ability to adapt every week. Those who have the comfort of a better ranking, who have set up a routine with a staff, have been more destabilised [this year]. They have also been through the small tournaments, but they have not been used to being alone for years.”

Now, everyone has their own method of filling the void. Gaël Monfils, for example, launched his Twitch channel during quarantine, and has already indicated that he will continue to run it on the circuit during the 2021 season because it is an integral part of his new routine.

“We have to try to recreate the landmarks that we are missing, to know how to occupy this time. There are some who do it very well, with books or films, but in the long run, it becomes complicated,” admits Huguet. “Video games, you quickly get the hang of it. You have to vary what can be done within your room. Creating reference points in this uncertainty is not easy, because there are not 150 solutions.”

Loneliness can also be a source of renewal

The room is the place where the players will spend 19 hours a day during the two-week quarantine imposed on them when they arrive in Melbourne to compete in the Australian Open in February. This enforced isolation can quickly drive you crazy – hence the importance of maintaining a routine and a link with the outside world.

“The most important task is for them to express their feelings, to break the solitude by calling on their loved ones, and not hesitating to ask for support,” says Huguet. “The worst thing for a tennis player is to withdraw into themselves. It’s important to verbalise, not to ignore it. It’s not easy to bring up the subject when you see someone who’s not doing so well. But don’t let it drag on for too long.”

But solitude off the court does not have to be solely a danger for the tennis player. It can help them get used to being just as alone when they are on the court.

“It is also a way of working on a relationship with oneself, to accept being comfortable with oneself,” says Huguet. “Some people are really destabilised. Others have developed a taste for it, acknowledging to themselves that they can be quiet, take care of themselves. It’s a learning process to be alone, you shouldn’t present loneliness as just something negative. Some people need a social life, to be surrounded, and they can reject loneliness. But they need to understand that it can also be a source of renewal.”

It will be necessary to accept the new reality of the circuit. Otherwise, it could quickly become an impossible life for many.