In separate statements, the men’s and women’s governing bodies were strongly critical of Wimbledon’s “unilateral decision”

The ATP and WTA criticised Wimbledon on Wednesday for its decision to ban Russian and Belarussian players from this year’s Championships over the invasion of Ukraine.

While both governing bodies reiterated their support for Ukraine and criticism of Russia, the ATP said the decision was “unfair” and had the “potential to set a damaging precedent for the game” while the WTA said “discrimination” was “neither fair nor justified”.

Wimbledon confirmed that no Russian or Belarussians – a list which includes Daniil Medvedev, Andrey Rublev, Aryna Sabalenka and Victoria Azarenka – will be allowed to play in this summer’s event because of Russia’s invasion of Ukraine. 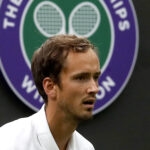 In a statement of its own, the ATP said the “unilateral decision” to exclude players from all grass-court events in Britain was “unfair and has the potential to set a damaging precedent for the game”.

The ATP said the decision also “constitutes a violation of our agreement with Wimbledon that states that player entry is based solely on ATP rankings”.

Players from Russia and Belarus are allowed to play on the ATP and WTA Tours, under a neutral flag.

The WTA said it would be “evaluating its next steps and what actions may be taken regarding these actions”. 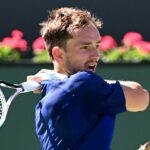