Rafael Nadal, who has never won the ATP Finals, booked his place in the last four with victory over Stefanos Tsitsipas. 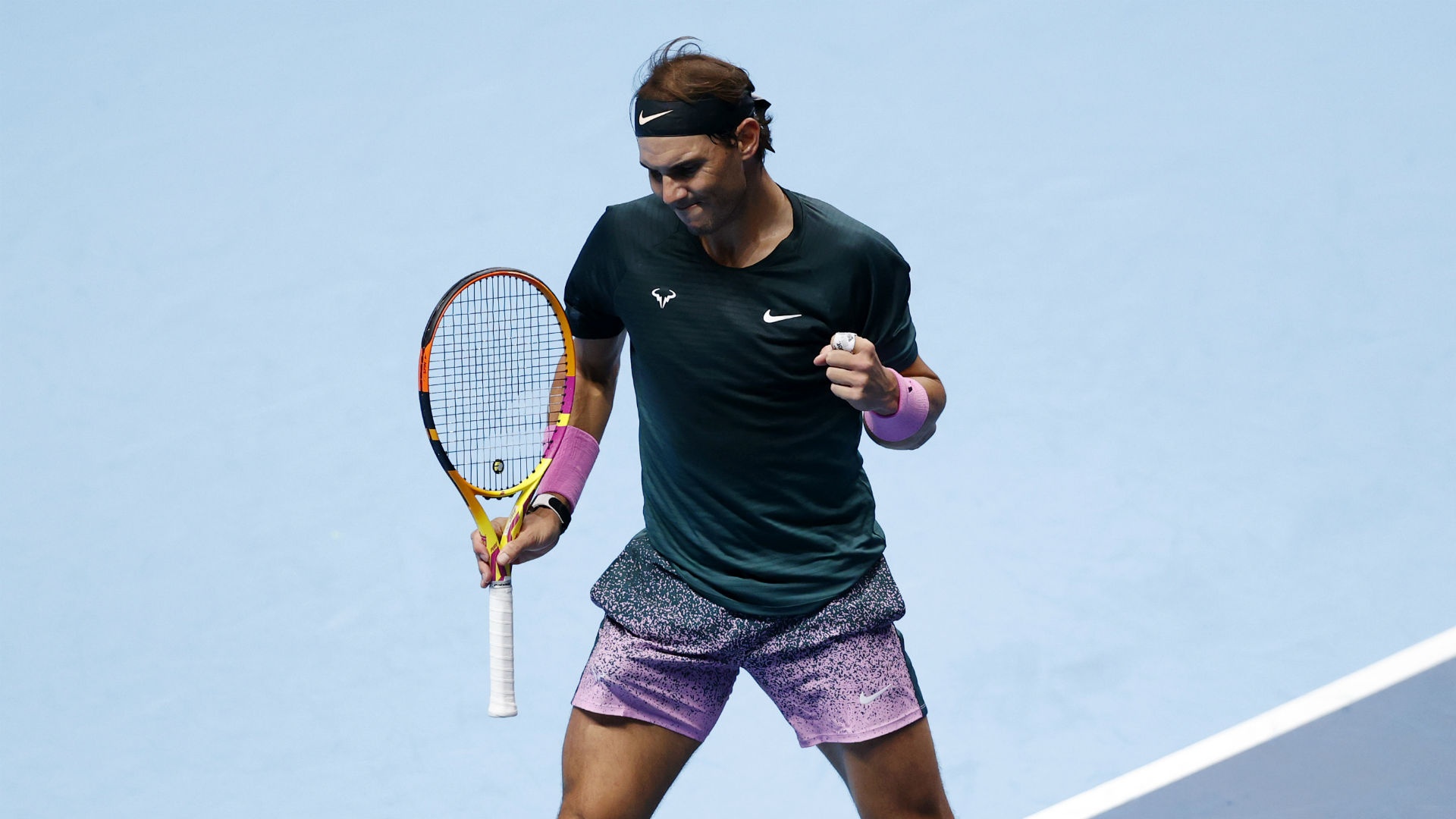 Rafael Nadal survived a fightback from Stefanos Tsitsipas to secure his spot in the last four of the ATP Finals at the expense of the defending champion.

Searching for his first triumph in the season-ending competition, Nadal was made to work for his sixth career win over the world number six, eventually triumphing 6-4 4-6 6-2 at London’s O2 Arena.

With Dominic Thiem – who Tsitsipas defeated in last year’s final – having already qualified, Thursday’s clash was a battle to see who else would progress from the group.

Nadal, who has now won 71 successive matches in which he has gone a set ahead, cruised in the opener – dropping just five points on his serve – and despite a comeback in the second, Tsitsipas’ count of 21 unforced errors effectively ended his hopes.

Make that #NittoATPFinals semi-finals for Rafa!

Nadal failed to take the first two break points on offer in the contest, though a pair of unforced Tsitsipas errors nosed the Spaniard ahead.

The set was wrapped up six minutes later thanks to successive aces, and the pressure was back on Tsitsipas at the start of set two, though he escaped with a brilliant cross-court backhand.

Having only lost five points on his serve in the opener, Nadal cruised in the next game, though his opponent continued to hold and, at 5-4, finally created an opportunity.

A superb backhand pass and an excellent dink from the net put him 30-0 up and while Nadal hit back, a risky drop shot earned Tsitsipas two set points.

However, Tsitsipas undid his hard work at the start of the decider, handing Nadal a break back with three unforced errors.

Nadal seemed to be cruising in the second game only for Tsitsipas to hit back, the world number two going long with a lob before then finding the net.

Tsitsipas once again failed to make the most of his opportunity, though, and a fourth successive break followed as Nadal reclaimed the advantage – a lead he would not relinquish.

Despite dropping the next two points, he clinched the first hold of the decider 19 minutes into the set before more unforced Tsitsipas errors allowed the French Open champion to seal victory at the second time of asking.