Home » News » Auger-Aliassime reaches a new final, hoping it’ll be The One

Auger-Aliassime reaches a new final, hoping it’ll be The One

Felix Auger-Aliassime is through to the Rotterdam final after his win over Pablo Carreno Busta on Saturday (7-6(2), 6-4). 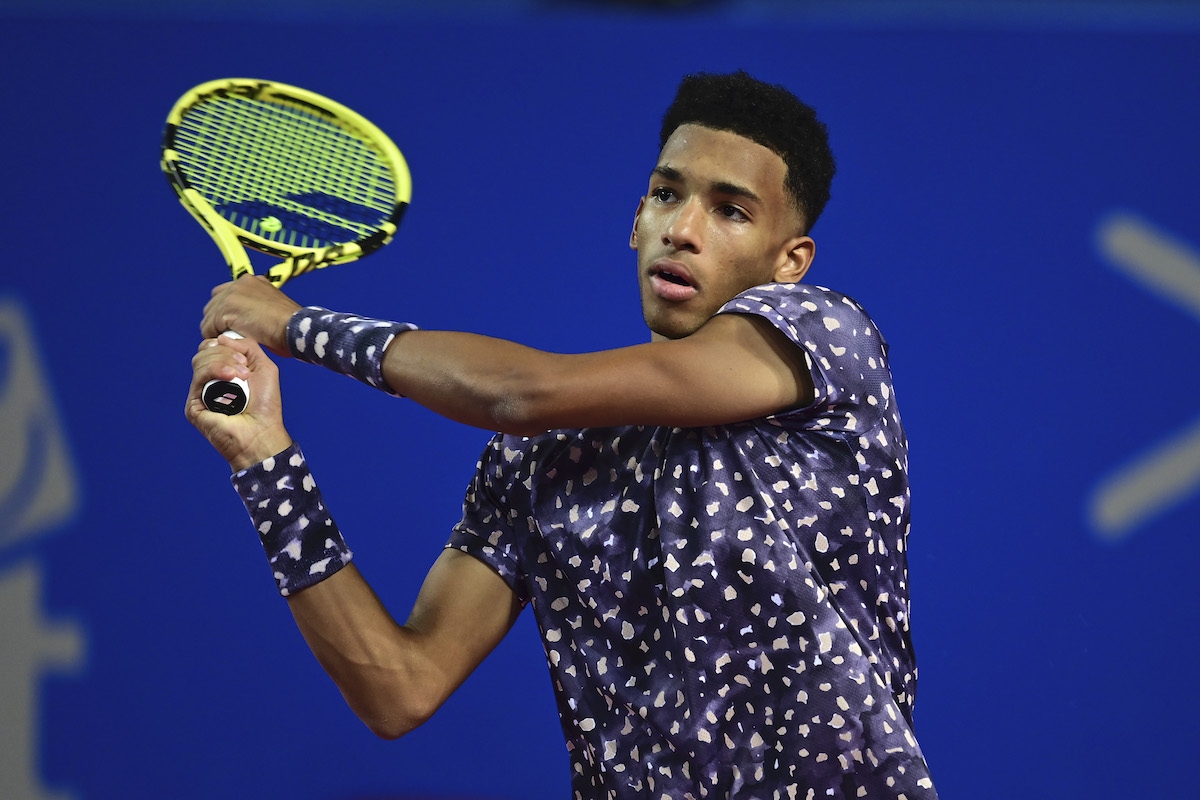 Felix Auger Aliassime (Can) is a win away from his first ATP title.

Felix Auger-Aliassime will have a fourth shot at his first ATP title on Sunday. The Canadian totally deserved it after his very solid performance against Pablo Carreno Busta (7-6(2), 6-4). The Canadian, who played and lost three finals last year (ATP 500 of Rio, ATP 250 of Lyon, ATP 250 of Stuttgart), is once again a victory away from this big goal of his young career: lifting his first trophy.

In a week where the top seeds fell one after the other, he had an opportunity to seize and he did it.

On Saturday,Felix Auger-Aliassime played some clutch tennis, saving two break points at 5-5 before flying over the tie-break. And also when he went for this huge backhand down the line to save a break point at 4-3 in the second set. Way more powerful than the Spaniard, he needed some time to find the right balance between his natural risk-taking game and the fact that against such a counterpuncher he also had to be patient.

Picking the right ball to attack will probably be FAA’s career story. His forehand goes so fast and is so heavy, his athleticism is so obvious that sometimes it feels like it’s going a bit too fast even for himself. That’s when the mistake start piling, as it happened in Melbourne or Montpellier last week against Pierre-Hugues Herbert (7-6(2), 7-5) during his second round.

But when Auger-Aliassime plays an aggressive but controlled game, that’s when you really see the stellar potential of this member of the NextGen. Indoor, his serve is a huge weapon, as is his speed of play and his abilities to hit winners from both wings and from anywhere on the court.

All of this request a cold mind when it’s execution time, and that’s the heart of everything for the world number 21.

Through this semi-final,Felix Auger-Aliassime showed no trace of a frustration too high to handle, nor of the nerves that had plagued his Australian Open first round against Ernests Gulbis (7-5, 4-6, 7-6(4), 6-4). FAA, who was so disappointed after losing the semi-finals in Adelaide against Andrey Rublev (6-7(5), 7-6(7), 6-4), didn’t miss his chance.

More importantly, he’s showing in Rotterdam that he’s the kind of player who can bounce back rapidly from relatively rough patches. There’s no way to beat a seasoned player like Carreno Busta without dictating everything and taking reasonable risks from the start to the end without losing one’s brain against the Spanish wall. And so every win against him is a sure sign of form. Felix Auger-Aliassime has found this week many great answers to his start of the season questions.

The other semi-final between Gael Monfils (N.3) and Filip Krajinovic is scheduled at 7.30 pm.