Berrettini, with Euro 2020 champions, given hero’s welcome in Rome

Italy’s Matteo Berrettini got over his loss to Novak Djokovic in the Wimbledon final by watching the Italian football team with the Euros. Then he went to Rome and joined the celebration! 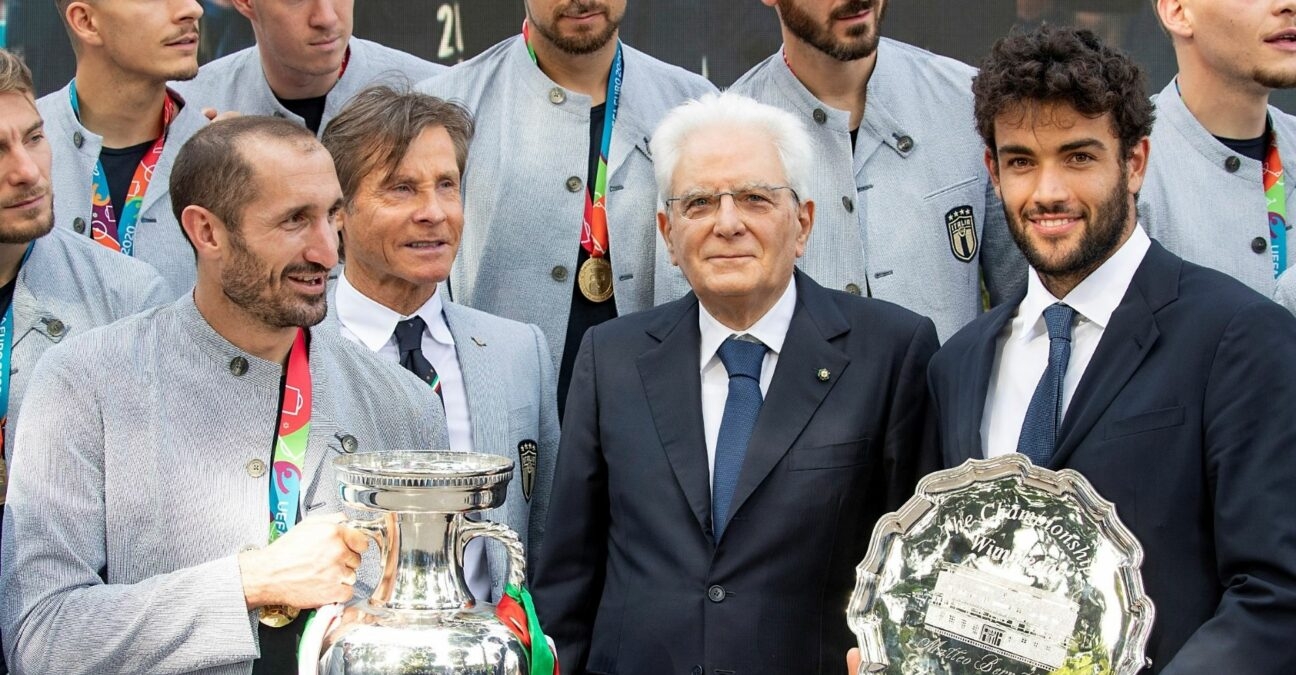 Matteo Berrettini was quickly able to digest his defeat in the Wimbledon final against Novak Djokovic. The Italian traveled to Wembley, London, just after falling in four sets in his first career Grand Slam final, to cheer on Italy against England in the final of Euro Football 2020. He was accompanied by his girlfriend, Australian WTA star Alja Tomljanovic. His compatriots won at the end of the night, clinching a dramatic comeback by winning a nerve-wracking penalty shootout.

On Monday, the nation’s heroes were whisked away to Rome by Prime Minister Mario Draghi for a congratulatory ceremony… to which the world No 8 was invited. Berrettini, the first Italian to ever play a Wimbledon singles final, was also allowed to ride on the bus to celebrate the title with the footballers, who were paraded through the Roman streets where he is from.

“I WAS MORE NERVOUS THAN MY PARENTS WERE DURING MY WIMBLEDON FINAL!”

At the SkySport microphone at the end of the final, the 25-year-old, accompanied by Gianluigi Donnarumma, goalkeeper hero of Squadra Azzura, declared to have come to evacuate the frustration of his defeat: “I wanted to see this match live to try to let the disappointment go. It was cool. I was more nervous than my parents were during my Wimbledon final!”