We take a look at some of the best grand slam finals of the decade, with the ‘Big Three’ prominent. 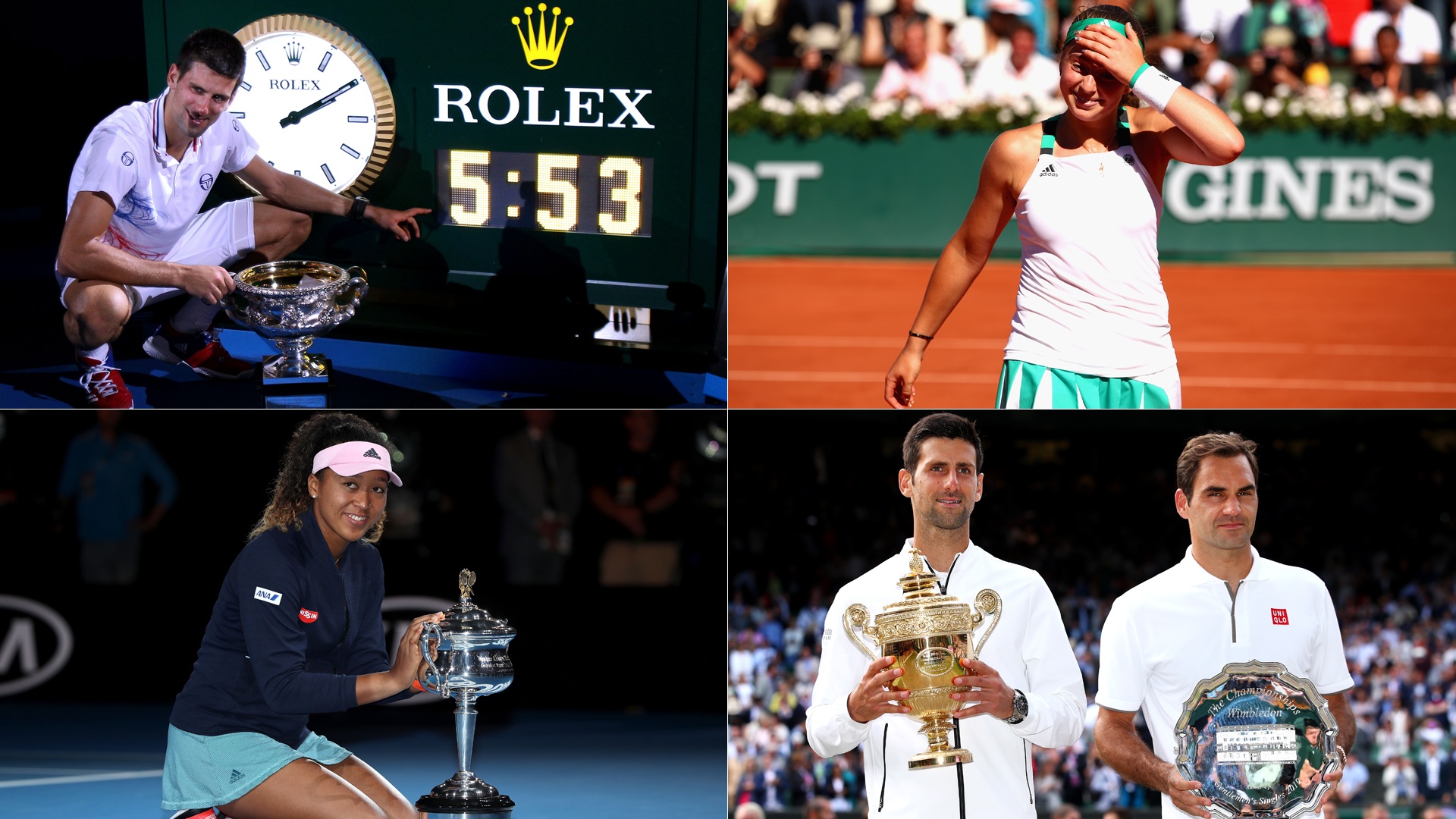 It was a decade dominated by the ‘Big Three’ and they delivered on multiple occasions on the biggest stages.

Roger Federer, Rafael Nadal and Novak Djokovic dominated the decade in men’s tennis, winning 33 of the 40 grand slams on offer.

Djokovic claimed 15 of those, while Nadal (13) and Federer (five) built on what they had started in the early-to-mid 2000s.

And, when they matched up in deciders, the trio of greats produced some epic finals.

The women’s decade was far more varied despite Serena Williams’ dominance – the American winning 12 majors since 2010 – as they too delivered some enthralling deciders.

We take a look at some of the best major finals of the decade.

In arguably the most gruelling grand slam final ever, Djokovic outlasted Nadal in a five-set thriller in Melbourne.

The all-time greats produced an epic battle that lasted five hours and 53 minutes – the longest slam final in history.

Nadal needed a comeback in the fourth-set tie-break just to stay alive in the decider, famously dropping to his knee in celebration after getting to a fifth.

But the Spaniard would cough up a break lead in the final set as Djokovic claimed an incredible win for his fifth grand slam crown.

In one word, describe the 2012 #AusOpen men’s singles final between @DjokerNole and @RafaelNadal… pic.twitter.com/gb0NQ7tBYo

A Federer-Djokovic final at the All England Club always delivers.

This one looked set to be a little more straightforward as Djokovic led two-sets-to-one and held a 5-2 advantage in the fourth.

However, Federer reeled off five straight games to force a decider.

Both players had their chances in the fifth set but Djokovic took his to clinch the title.

Federer finished with 75 winners and 29 unforced errors, while Djokovic had 68 and 27 respectively in a match he described as the “best quality grand slam final” he had played in.

This was quite the occasion as two of the best ever went head to head in a grand slam final for the first time since 2011.

Its importance was also highlighted by the fact Federer held 17 majors to Nadal’s 14 heading into the match, and can be understood even more greatly at the end of 2019 now that the pair are on 20 and 19 respectively.

As expected, the pair produced in front of an adoring Melbourne crowd.

After a to-and-fro battle to begin the final, Federer came from 3-1 down in the deciding set, having taken a medical time-out after the fourth.

A stunning run at Roland Garros was completed in fine fashion – with an incredible comeback.

The unseeded Ostapenko may have accepted her run to the final was an achievement enough after the Latvian fell a set and 3-0 down to the tournament favourite.

Ostapenko may have levelled the match, but she then found herself 3-1 behind in the decider.

But, she produced another response, her first WTA Tour title coming at the French Open.

Ostapenko may have delivered a huge comeback, but Osaka’s ability to keep her cool against Kvitova at Melbourne Park earlier this year was even more impressive.

The Japanese star’s maiden major win had been overshadowed by Williams’ outburst at Flushing Meadows just months earlier and it seemed a potential second major title had been thrown away.

Osaka took the first set and led 5-3 with three championship points in the second, only to somehow drop the set altogether.

That would be enough to break even the greatest, let alone a 21-year-old on one of the sport’s grandest stages.

Instead, Osaka composed herself, closing out an amazing victory for her second major title.

She left the court in tears.

But the 21-year-old refocused, and now she’s an #AusOpen champion. pic.twitter.com/JVUQET3Rtz

A history-making decider lasted just under five hours and, once again, Federer was left to rue a missed chance against Djokovic at the All England Club.

Djokovic saved two championship points in the fifth set as the two greats went to a final-set tie-break – the first in singles at Wimbledon.

The Serbian edged it to win a 16th grand slam title, as not even 94 winners from the Swiss superstar were enough