Bubble no trouble but Joyce expecting ‘weird’ US Open

Coach Michael Joyce did not expect to be at the US Open this year and is struggling to imagine what it will be like without fans. 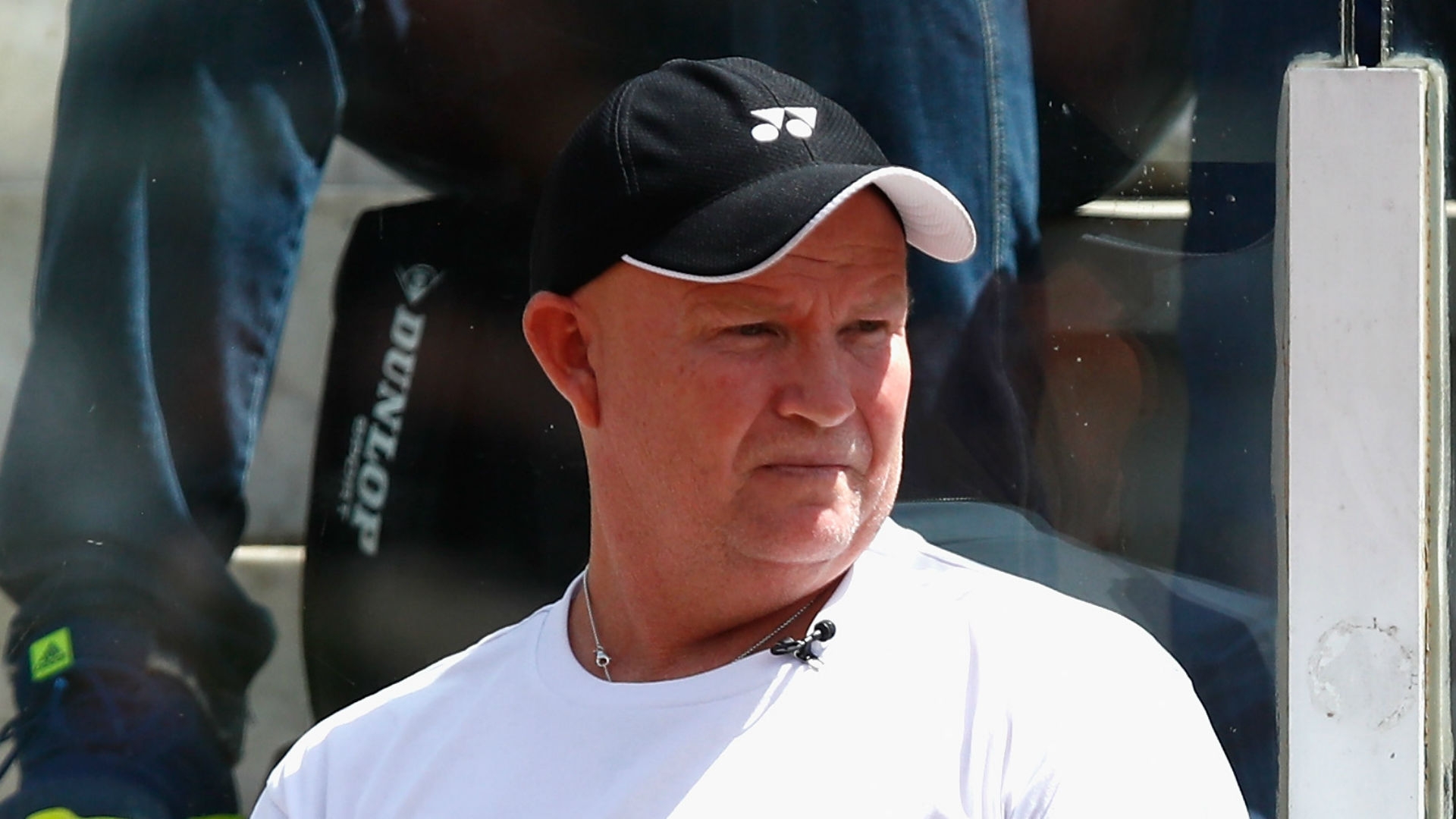 Michael Joyce will arrive in the Flushing Meadows bubble on Monday after a hectic lockdown expecting a “weird” US Open on and off the court.

It has been more five months since Joyce has seen Timea Babos, the three-time grand slam doubles champion who appointed the highly respected American as her coach last year. Joyce had no time to put his feet up while locked down in Florida during the coronavirus pandemic as he kept his four-year-old daughter entertained, becoming a frequent viewer of children’s television and watching Trolls 2 more times than he would care to remember.

He has also spent up to eight hours a day on court working with junior players in Florida since restrictions were lifted, taking a mid-afternoon break to nip off for the school run.

Babos kept herself in shape in her native Hungary while her coach was run off his feet, but they will finally be reunited for the first major since the season resumed. Joyce, who helped Maria Sharapova win three major titles and reach the top of the rankings, is usually braced for a whirlwind home grand slam in the hustle and bustle of the city that never sleeps.

Yet with no spectators allowed at the US Open and strict rules on staying in the bubble to abide by, Joyce is looking forward to the opportunity to kick back in his hotel room for 24 hours before getting his COVID-19 test results. The former ATP Tour player will miss the atmosphere created by thousands of spectators, but he was not convinced until just a few weeks ago that one of the great sporting events would even go ahead.

“It’s hard to imagine being at the Open without fans and so many people around,” he told Stats Perform News. “I have family in New York and typically the US Open for me, I’m overwhelmed with visiting various people, having requests for tickets and all that kind of thing. That is going to be strange, but so far the people I have been in touch with in the bubble say it’s okay.

“You can only stay in the hotel and the courts, which is part of the reason Timea is not playing the Western & Southern, we figured if she goes far in the Open it is a long time to be in the bubble. Knowing Timea I’m sure she’ll be chomping at the bit [during the 24 hours after her first COVID-19 test] and doing her exercises in her room, but I’ll be happy to take a nap, as I’ve probably been more busy than I’ve been in my life.”

Babos and Kristina Mladenovic will be among the favourites for doubles glory in a US Open that starts on August 31.

With six of the top 10 ranked players absent, Babos will also be hoping for a strong singles run, but Joyce says both he and the 27-year-old know staying healthy is the priority in such unprecedented times.

He added, “The rest of this year of course Timea wants to do well, with grand slams and money at stake, but this is a first for everybody and the most important thing is we stay healthy. I think it’s a good sign tennis is coming back. It’s a start, but I can’t say I’m overly pumped to go to the US Open, because it’s going to feel weird. I would have been happy, and I think Timea is the same, if they had just cancelled everything until January and let’s start up in January and see.

“I really didn’t think the Open would happen up until a few weeks ago, I couldn’t see it going ahead. In a way I’m happy it’s happening, because it’s a start, but at the same time I am not putting a lot of emphasis on this year. Timea and I are going there to do the best she can, but neither one of us feels like tennis is as important as what’s been going on around the world.”

Wimbledon: Bara into second round