Pablo Carreno Busta will look to make a final charge for an ATP Tour Final spot, but Rafael Nadal awaits in the quarter-finals. 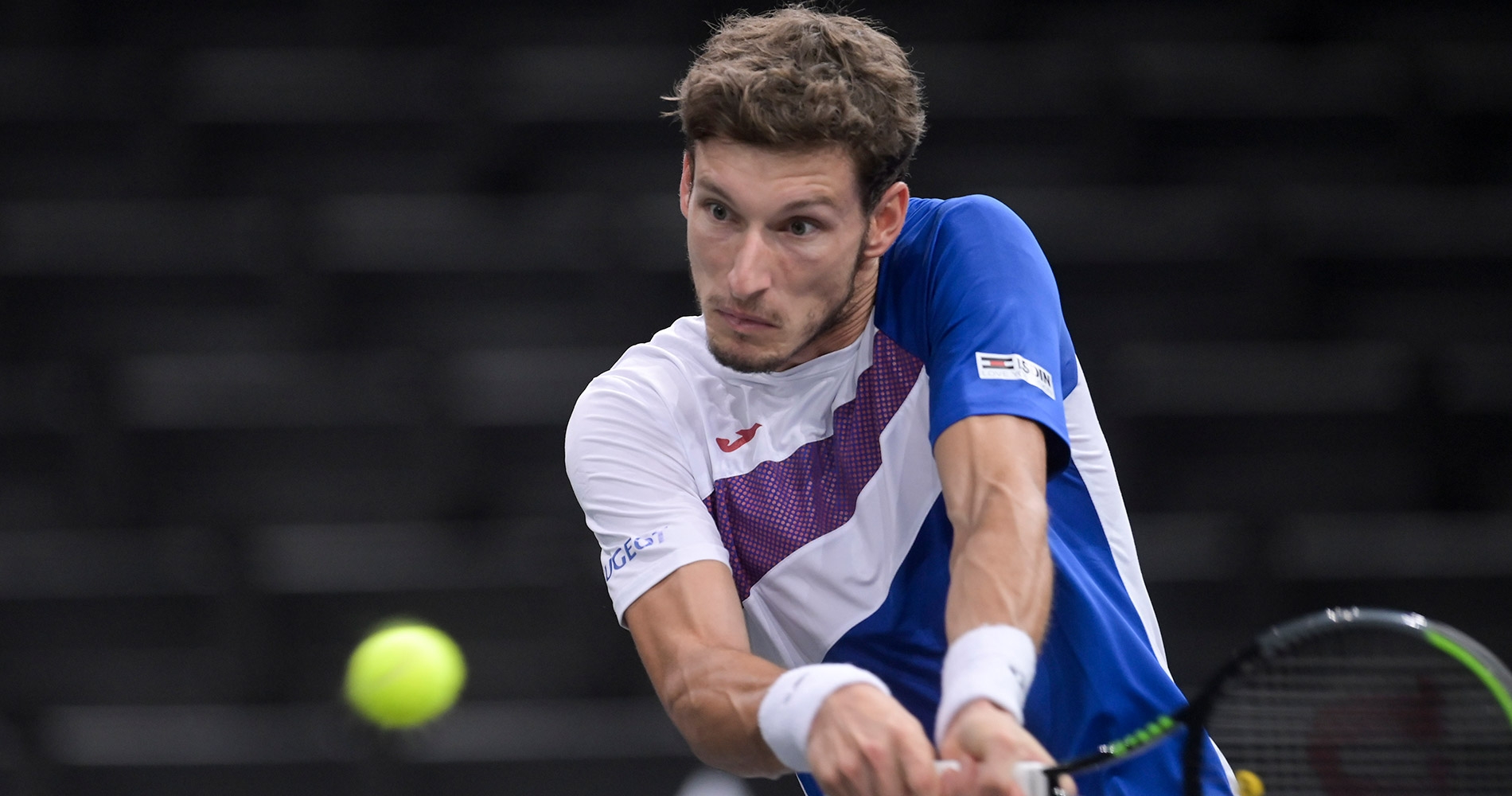 Although Pablo Carreno Busta did look better in the stats column, he had to dig deep early against Norbert Gombos in a back-and-forth first set exchange to ultimately prevail 7-5, 6-2.

It looked like a good start for the Spaniard, breaking serve to begin the first set. However, Carreno Busta and Gombos both had to weather some turbulence, namely a six-game run from 3-2 to 5-5 where they traded blows broke each other three times each. The early break proved to have mattered as the world No 15 broke to go up 6-5 and serve it out in a bizarre start.

It was overwhelmingly in the Spaniard’s favour after that, with PCB going up 4-0 in the second with two early breaks, and serving the match out 6-2.

Nadal had a quick start against Thompson, as after a 1-1 tie in the first set, he turned up the style to win five straight games after that to lead 6-1.

The second set told a different story, though, as the first 11 games all ended up in holds and none of those games had to reach deuce. Thompson had the opportunity to take the set up 6-5, but Nadal saved the set point. The world No 2 then showed his quality in tiebreak, securing two mini-breaks and holding on to finish the win.

Carreno Busta is the only player who can take down Schwartzman for an ATP Tour Finals berth now but with a caveat — he has to win Paris and the Argentine can’t make the semi-final.