From the venue to the trophy, there was nothing conventional about Yannick Hanfmann’s triumph in an Exhibition Series on Monday. 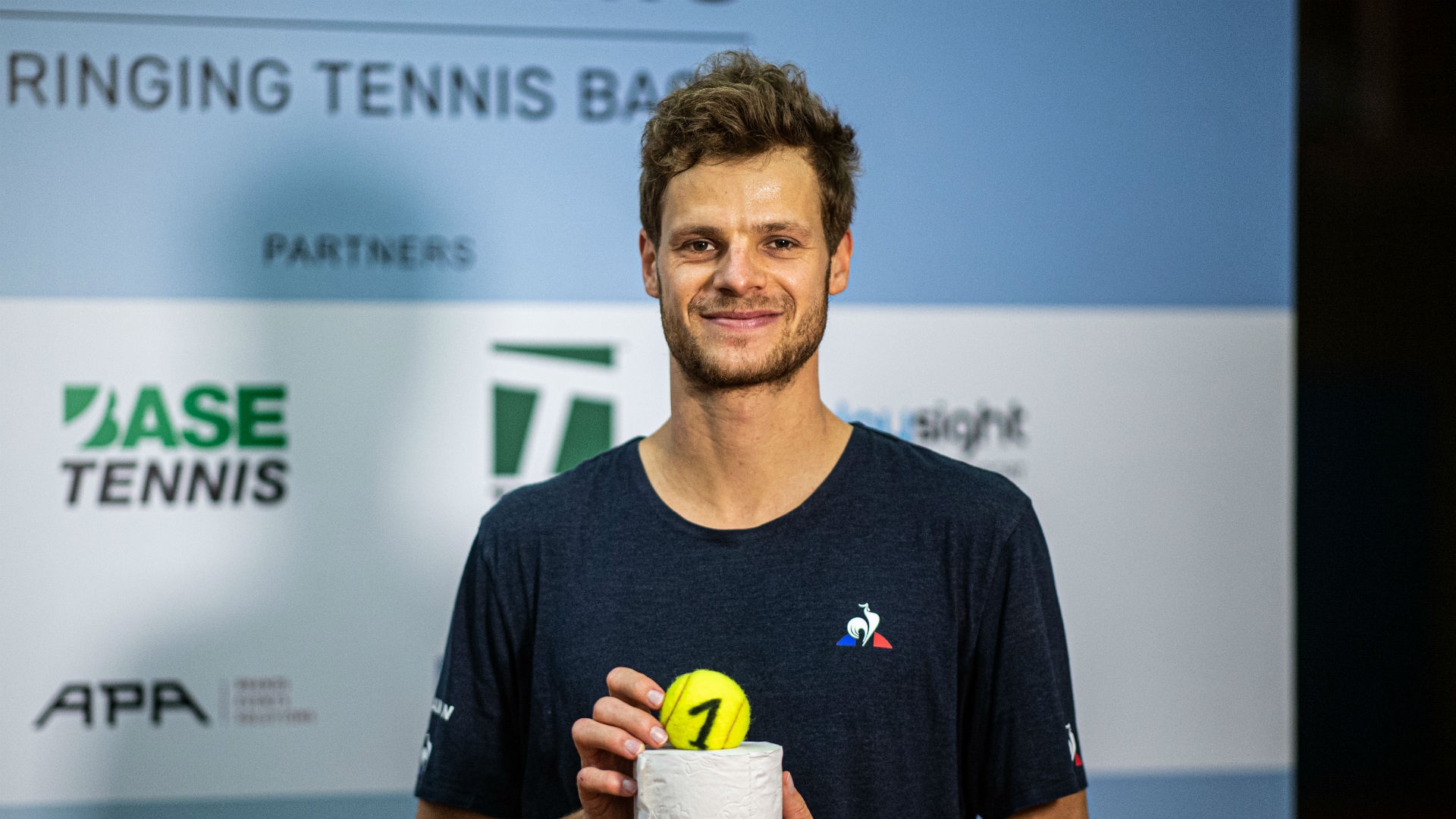 Yannick Hanfmann defeated fellow German Dustin Brown to win the first behind closed doors Tennis-Point Exhibition Series event, although the trophy might not take pride of place in his collection.

The eight-player tournament at the Base Tennis Academy in Hohr-Grenzhausen concluded on Monday, with the top-ranked Hanfmann prevailing in the first fairly surreal experience of tennis during the coronavirus pandemic.

World number 143 Hanfmann and Brown entered the court wearing face masks, while there were no spectators, ball boys and girls or line officials present.

“A surprise or two at the next tournament”

Under the best-of-seven-game sets format, Hanfmann prevailed 4-2 4-0 in dominant fashion.

His reward was a makeshift trophy fashioned out of a tennis ball and a roll of toilet tissue, which was handed to him by a gentleman wearing a mask and surgical gloves.

The second Tennis Point event gets under way on Thursday and, although the pool of players is somewhat limited by travel restrictions, organisers tweeted to say “there might be a surprise or two at the next tournament”.