Home » News » Dan Evans moving on up in Madrid

Dan Evans moving on up in Madrid

The British No 1 looks a completely different player on clay now, and he told the media exactly what he’s been working on to become more accomplished on the dirt 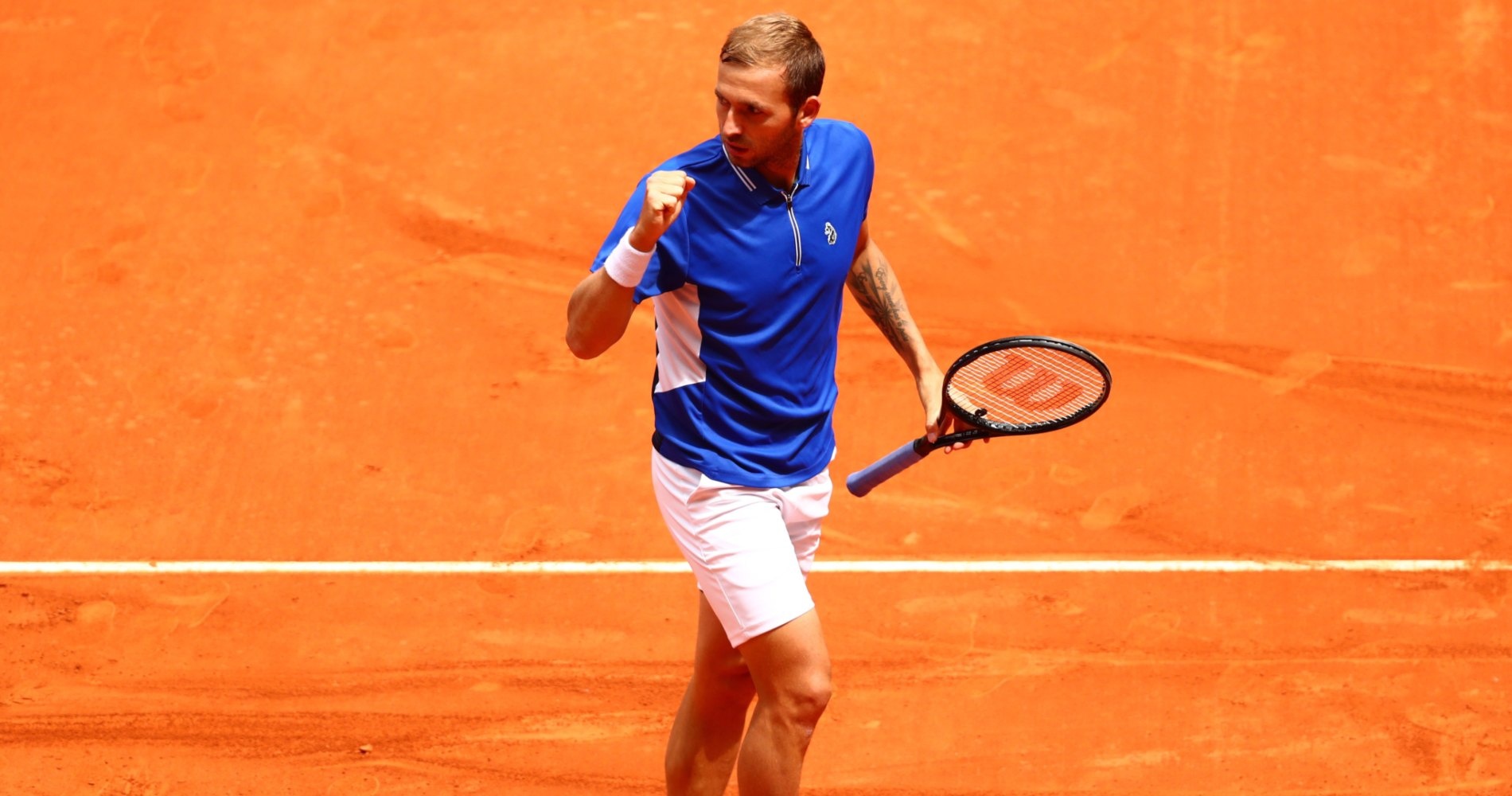 Dan Evans continued to stun onlookers with his revitalised form on clay courts as he got his campaign at the Mutua Madrid Open under way.

Last month, he reached the semi-finals of the singles and the final of the doubles in Monte-Carlo – which came as something as a surprise to most. His defeat of Dusan Lajovic there was his first on the surface at tour level in four years – and he dismissed Novak Djokovic en route to the final four.

And after beating Chardy, Evans told broadcasters that he has worked on adapting his game for the surface.

“I’ve found a medium between being aggressive and standing too far back,” he told Amazon Prime. “I’m moving a little better on the clay, I’ve found I can win matches coming in, standing a bit further back as well. I give myself a bit more time on the return, which I quite like…I’m playing the drop shot a bit more, it’s helped, definitely.”

Such success couldn’t have been predicted after his first tentative steps on to clay this year – in Sardinia, where he lost his first-round match against Italy’s Lorenzo Musetti.

But that week was used as straightforward training, he revealed – which has paid dividends since.

“I didn’t head back to the UK [afterwards],” he explained. “I lost a tough match but it helped to get on the clay, feel the ball. I’ve been pretty smart with my schedule, not being able to go back to England too much.”

Against Chardy, Evans recovered from a second-set run-in with the umpire to play a brilliant decider – having got a time violation warning as he tried to fix his racquet before receiving for match point. He had taken a tumble in the previous rally and needed to adjust his vibration dampener and grip, but took too long over it according to the stopclock.

“It was a good match,” added Evans. “I felt a little uncomfortable on return but thought I did a good job on serve.”