It was all smooth-sailing for Daniil Medvedev against Diego Schwartzman, as the Russian looked a step ahead throughout the whole match. 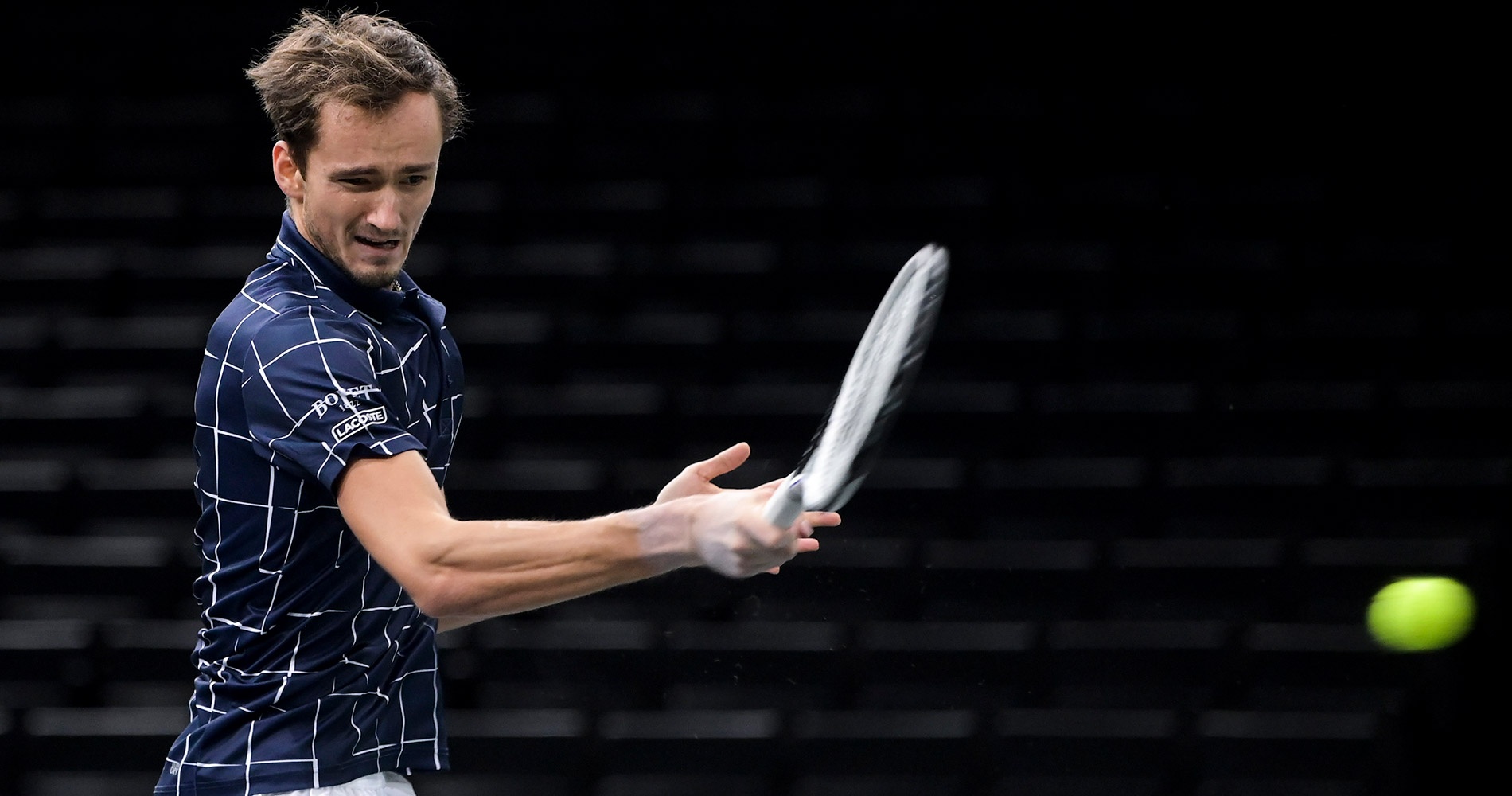 Daniil Medvedev showed his immense quality and control of play against Schwartzman, as the Russian looked like he was at ease in his 6-3, 6-1 victory in the quarters at Bercy after only 62 minutes of play.

Medvedev held four times throughout the first set, serving up two love-games, and allowing three points in the other two and showed brilliant command by dictating the action in his serve. An early break spelled Schwartzman’s troubles, and the world No 5 chipped in with another break to end and pick up the set 6-3.

It was very much the same deal in the second set, with Medvedev seemingly cruising through his service games and Schwartzman struggling to gain traction on both serving and receiving. The pressure mounted on the Argentine broke through again in the fourth game, as Medvedev leapt ahead a break. He tagged on another for good measure and served out the match promptly.

Medvedev won 96 percent of his first serve points (27/28) while allowing zero break points. He also only allowed five total points in his service games while leading 8-0 in the aces count.

The third seed in the tournament will be facing the winner of Ugo Humbert and Milos Raonic next. All eyes will definitely be on the lone Frenchman left in the draw, as he defeated another big server in Marin Cilic yesterday.