Dimitrov continues to capitalize on opportunity left by Djokovic

Grigor Dimitrov moved into a seeded spot at the bottom of the Indian Wells draw when Novak Djokovic pulled out, and it’s safe to say that things have worked out for the Bulgarian. He is through to the fourth round to face John Isner. 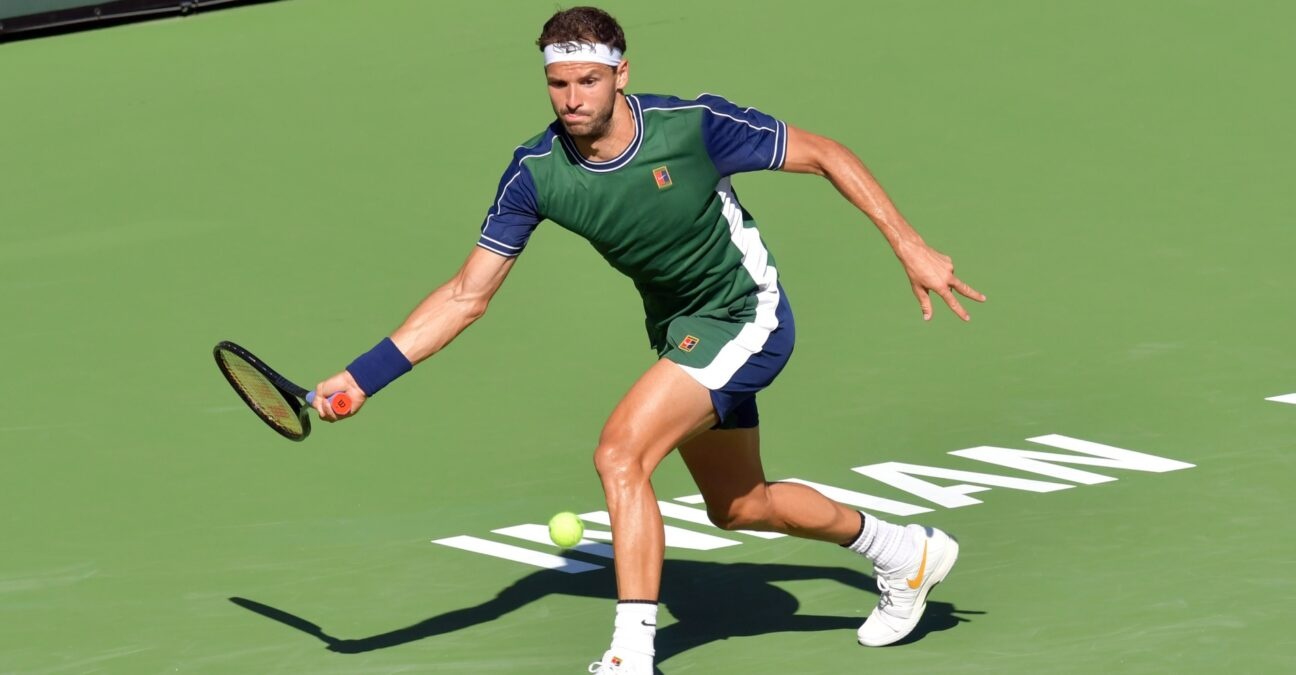 At the Australian Open, it was Miomir Kecmanovic who benefited the most from Novak Djokovic’s late withdrawal. Kecmanovic had been drawn to face his fellow Serb in the first round, but he ended up playing against lucky loser Salvatore Caruso and ultimately made a run to the fourth round.

Interestingly enough, Kecmanovic also finds himself in the fourth round of the BNP Paribas Open. But that has nothing to do with Djokovic’s absence.

Bublik was no match for Dimitrov

This time around it is Grigor Dimitrov who is capitalizing on Djokovic’s ouster. Just like in Melbourne, the 20-time Grand Slam did not officially pull out until after the Indian Wells draw was made. He was hoping to be granted entry into the United States, but the CDC has not changed its rule barring unvaccinated foreigners from entering the United States. Thus Djokovic, the No 2 seed, was forced to withdraw.

As the highest-ranked unseeded player, Dimitrov — who would have had a tough first-round test on his hands in the form of Tommy Paul — moved into Djokovic’s seeded spot and got a bye into the second round. It has been full steam ahead from there for the 30-year-old Bulgarian, who has advanced with straight-set victories over Jordan Thompson and Alexander Bublik. Despite beating Andy Murray in the second round, Bublik was no match for Dimitrov two days later. The world No 35 cruised past the Kazakh 6-3, 6-4 in one hour and 10 minutes.

Now there is no one in the top 20 who stands in Dimitrov’s way of a quarter-final berth.

But that’s not to say his next match will be easy. John Isner thrives in these desert conditions, as he boasts a 26-12 lifetime record in Indian Wells with one runner-up performance (2012, lost to Roger Federer) and a semifinal run (2014, lost to Djokovic). Isner set up a Wednesday showdown against Dimitrov by overpowering Diego Schwartzman 7-5, 6-3.

“I just really like the conditions here,” the 6’10” American assured. “They suit my game — medium-paced hard court; kind of light air. It just really suits my game. I do enjoy being at home (in the United States). Out there on center court playing at 3:00 in 80-something degrees, not much wind, I can’t ask for anything better than that.

“Between this and Miami, I think there’s a reason why I’ve gotten a lot of wins at these tournaments: because I really enjoy the surface and I really enjoy my time at each one of these events.”