Djokovic cruises past Anderson in rematch of 2018 Wimbledon final 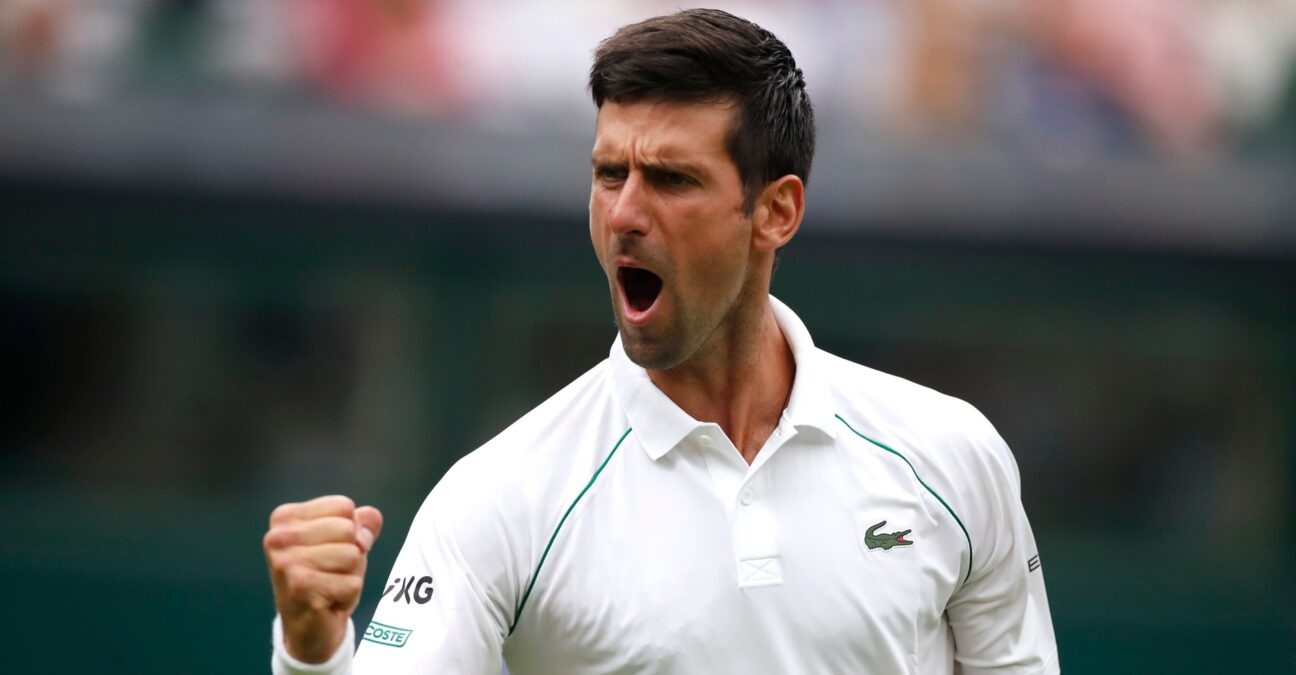 Novak Djokovic at Wimbledon in 2021 ©

Aside from a slippery Centre Court that has already become notorious this fortnight for hard falls and injuries, Novak Djokovic had no trouble in the Wimbledon second round on Wednesday afternoon.

Djokovic slipped several times on the grass behind the baseline, but–unlike Serena Williams and Adrian Mannarino a day earlier–he avoided any kind of injury otherwise eased past Kevin Anderson 6-3, 6-3, 6-3. In what was a rematch of the 2018 final, the world No. 1 advanced in just one hour and 41 minutes. He is now 4-0 lifetime against Anderson at the All-England Club.

After delivering a stellar service performance in round one against Jack Draper, Djokovic did the same at Anderson’s expense. The 19-time Grand Slam champion struck nine aces while double-faulting only once, won 85 percent of his first-serve points, and did not face a single break point.

One break in the first set, two in the second, and one in the third were more than enough for Djokovic to get the job done.

Overall, it was an incredibly clean performance — even by Djokovic’s lofty standards. The 34-year-old Serb recorded 25 winners compared to only six unforced errors. He committed just three errors in the entire first and second sets combined.

“Sometimes it’s just one element, whether it’s on the court, in the warmup prior to the match, you have just good feeling, you feel like you’re striking the ball cleanly,” Djokovic explained. “But sometimes it’s more than few things. Obviously I’m striking the ball really well in general. Obviously I’m in a high level of confidence after winning French. But I was nervous coming into this match because I was playing a very good player, experienced player, whom I faced in final three years ago. He’s a big server. He’s very dangerous opponent, especially in the early rounds.

“But I’ve done things on and off the court to make myself feel that I’m focused, yet at the same time calm and composed and clear with my game plan and what I want to do. Obviously did my homework, talked with my coach, worked well on the practice court. I think it’s a combination of all these factors that make you feel confident on the court and to execute the shots that you want.”

Djokovic awaits Denis Kudla in the round of 32.