Novak Djokovic battles past fellow Serb Filip Krajinovic on Friday in Rome. The world No 1 will face either Lorenzo Musetti or Dominik Koepfer in the quarterfinals. 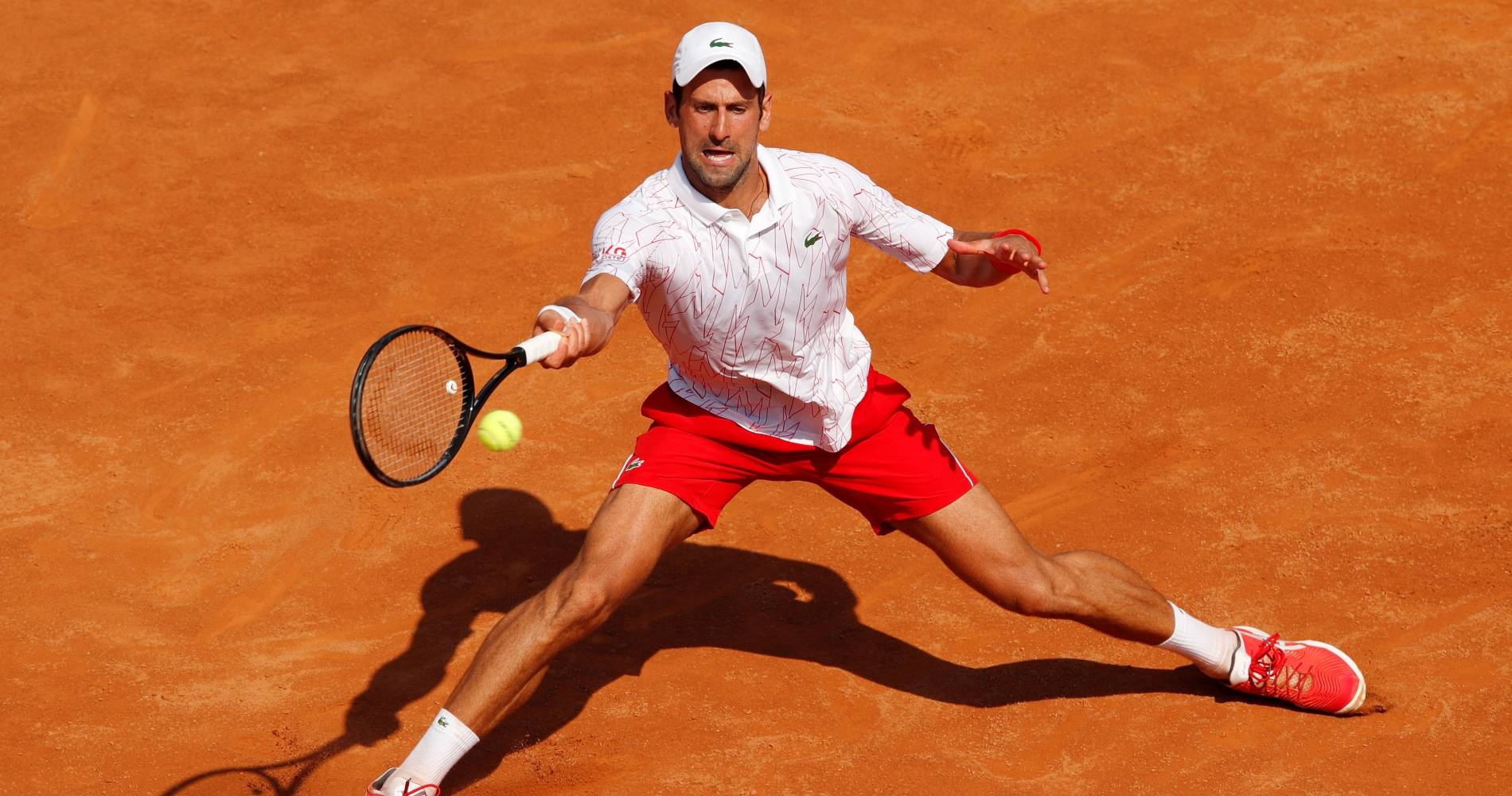 Novak Djokovic, 2016 Rome quarter-finals, 7-5, 7-6(4). The year 2016 was not one Nadal wants to remember. His fourth clay-court loss of the season came at the hands of Djokovic, who lost the Rome final to Andy Murray but eventually captured his first French Open title.

Novak Djokovic withstood a stern test from Filip Krajinovic–especially in the early stages–to score a 7-6(7), 6-3 victory in round three of the Internazionali BNL d’Italia on Friday afternoon. The top seed secured a quarterfinal spot after two hours and seven minutes of play.

“Especially in the first set it was a great battle,” Djokovic confirmed. “I was definitely one of the longest sets I’ve ever played. We went toe-to-toe. It could have gone either way. Winning the first set gave me more confidence and allowed me to swing through the ball (better). We both struggled physically in that first set; a lot of long rallies and almost every game went to deuce. This is what clay courts are all about.

“[Filip is] definitely one of my best friends; not just on tour but in my life. I’m really happy that its coming together for him. He has the game; physically he’s improved. I expect him to do better and better as time goes on.”

He gets it done.@DjokerNole pulls out a straight sets win over Krajinović in Rome. #IBI20 pic.twitter.com/2av61seA9q

The first set alone lasted an absurd one hour and 27 minutes, and it was a wild one from start to finish. Although there were no service breaks after the two Serbs traded ones in the first two games of the match, both players had chances. Krajinovic saved six break points in three different service games, including two set points at 4-5. Djokovic fought off two break points at 3-3. A total of seven mini-breaks took place in the ensuing tiebreaker and the world No 1 needed three more set points before finally converting at 8-7.

Djokovic puts the clamps down

With momentum in hand, Djokovic made easier work of the second set. It helped the 33-year-old that Krajinovic was understandably wearing down physically as well as mentally following the tough opening frame of play. The world No 29 dropped serve at 1-1 and again at 3-5 to end his comeback chances. Djokovic lost only five service points in the entire second set.

In the quarterfinals, Djokovic awaits the winner of an all-qualifier battle between Italy’s Lorenzo Musetti and German Dominik Koepfer.

“Musetti won his first ATP Tour match against Wawrinka,” Djokovic noted. “The way he played was just very impressive. Against Nishikori i watched some of that match, as well. He’s definitely a player to look at in the next few years. Koepfer is tough–he’s a hard worker; lefty…. Hopefully I’ll start off better than I did today.”