Djokovic misses out on Adria Tour final in Belgrade

The Belgrade crowd will not get to see Novak Djokovic in the final of the Adria Tour exhibition event at the Novak Tennis Centre. 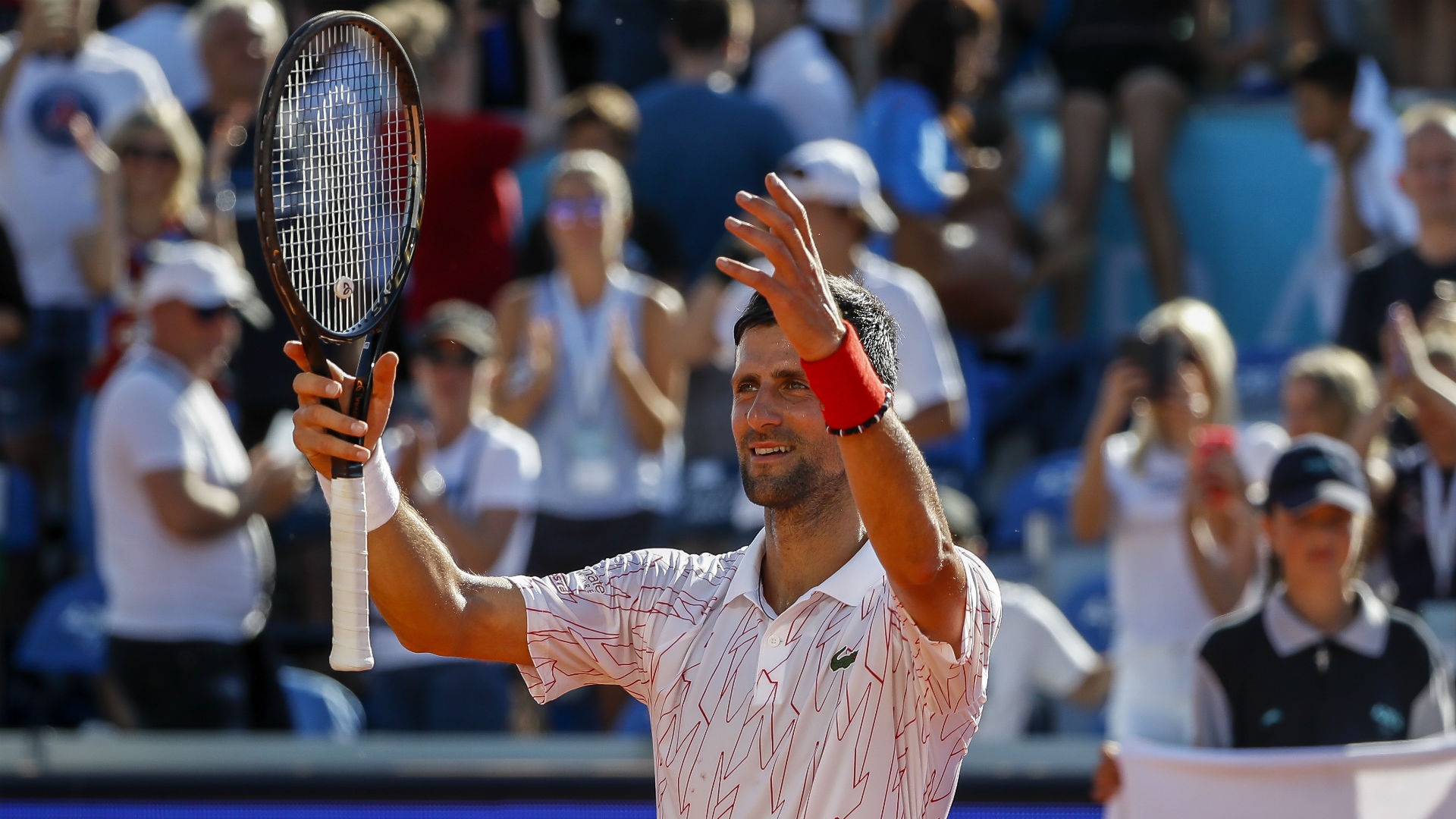 An emotional Novak Djokovic will not be involved in the final of the Adria Tour exhibition event in Belgrade despite beating Alexander Zverev on Sunday.

The world number one needed to triumph in straight sets to finish top of Group Novak Djokovic, but his hopes of progressing were dashed when he lost the second to his German opponent.

While the home favourite did go on to record a 4-0, 1-4, 4-2 victory at the Novak Tennis Centre in Belgrade, it was not enough.

“This reminds me of my childhood”

“I am not crying because I got knocked out of the tournament, I am just overwhelmed by emotion because this reminds me of my childhood,” Djokovic told the crowd.

“It’s been an emotional few days and I want to thank everyone who made this possible. The important thing after this match is that we have one of our own in the final. I love you all and thank you so much for turning up.”

Djokovic had opened his campaign at the tournament with a comfortable win over Viktor Troicki on Saturday, though he did come off second best in a point played against a ball boy, who thrilled the crowd with a successful drop shot.

"He will remember that for a very long time!"

A moment to treasure for a ball boy at the #AdriaTour as he wins a point against world No 1 Novak Djokovic.

Thiem vs Krajinovic in the finals

Playing again in the evening session, the 17-time grand slam champion suffered his first loss of 2020, coming out on the wrong side of a deciding set in his contest against Filip Krajinovic.

Djokovic compiled an impressive 18-0 record on the ATP Tour this year, including winning the Australian Open, before the season was suspended due to the coronavirus pandemic.

Krajinovic will instead provide a home presence in Sunday’s final, a victory over Troicki enough to see him top the table.

He will go up against Dominic Thiem, who defeated Grigor Dimitrov in straight sets to progress from a group named after his opponent.